Motley Crue is a band that’s famous for a lot of reasons, their music least of all. Given their reputation, it was a little strange to see them doing what celebrities do best: selling out by endorsing Kia. At least I assume they were selling out. When I first saw the commercial, I doubted that Motley Crue just happened to really love Kia cars and had offered to appear in one of their commercials, letting it feature one of their many songs about overdosing. No; instead, my immediate reaction to the commercial was that Motley Crue probably didn’t care one way or another when it came to Kia, but since the company likely ponied up a boat-load of cash, Motley Crue agreed to, essentially, make a fake and implicit recommendation on the car company’s behalf. (Like Wayne’s World, but without the irony)

What’s curious about that reaction is that I have no way of knowing whether or not it’s correct; I’ve never talked to any of the band members personally, and I have no idea what the terms of that commercial were. Despite this, I feel, quite strongly, that my instincts on the matter were accurate. More curious still, seeing the commercial actually lowered my opinion of the band. I’m going to say a little more about what I think this reaction reflects later, but first I’d like to review a study with some very interesting results (and the usual set of theoretical shortcomings). 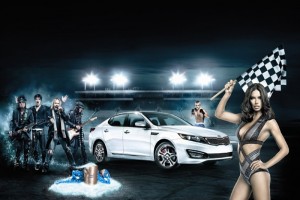 I’m not being paid to say it’s interesting, but I’ll scratch that last bit if the price is right.

The paper, by Inbar et al (2012), examined the question of whether intentionality and causality are necessary components when it comes to attributions of blameworthiness. As it turns out, people appear quite willing to (partially) blame others for outcomes that they had no control over – in this case, natural disasters – so long as said others might only have desired it to happen.

In the first of four experiments, the subjects in one condition read about how a man at a large financial firm was investing in “catastrophe bonds”, which would be worth a good deal of money if an earthquake struck a third world country within a two year period. Alternatively, they read about man investing in the same product, except this time the investment would pay out if an earthquake didn’t hit the country. In both cases, the investment ends up paying off. When subjects were asked about how morally wrong such actions are, and how morally blameworthy the investor was, the investor was rated as being more morally wrong and blameworthy in the condition where he benefited from harm, controlling for how much the subjects liked him personally.

The second experiment expanded on this idea. This time, the researchers varied the outcome of the investment: now, the investments didn’t always work out in the investor’s favor. Some of the people who were betting on the bad outcome actually didn’t profit because the good outcome obtained, and vice versa. The question being asked here was whether or not these judgments of moral wrongness and blameworthiness were contingent on profiting from a bad outcome or just being in the position to potentially benefit. As it turns out, actually benefiting wasn’t required: the results showed that the investor simply desiring the harmful outcome (that one didn’t cause, directly or indirectly) was enough to trigger these moral judgments. This pattern of results neatly mirrors judgments of harm – where attempted but failed harm is rated as being just about as bad as the completed and intended variety.

The third experiment sought to examine whether the benefits being contingent on harm – and harm specifically – mattered. In this case, an investor takes out that same catastrophe bond, but there are other investments in place, such that the firm will make the same amount of money whether or not there’s a natural disaster. In other words, now the investor has no specific reason to desire the natural disaster. In this case, subjects now felt the investor wasn’t morally in the wrong or blameworthy. So long as the investor wasn’t seen as wanting the negative outcome specifically, subjects didn’t seem to care about his doing the same thing. It just wasn’t wrong anymore. 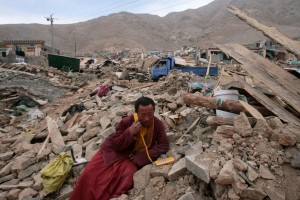 “I’ve got some good news and some bad news…no, wait; that bad news is for you. I’m still rich.”

The final experiment in this study looked at whether or not selling that catastrophe bonds off would be morally exculpatory. As it turned out, it was: while the people who bought the bonds in the first place were not judged as nice people, subsequently selling the bonds the next day to pay off an unexpected offense reduced their blameworthiness. It was only when someone was currently in a position to benefit from harm that they were seen as more morally blameworthy.

So how might we put this pattern of results into a functional context?. Inbar et al (2012) note that moral judgments typically involve making a judgment about an actor’s character (or personality, if you prefer). While they don’t spell it out, what I think they’re referring to is the fact that people have to overcome an adaptive hurdle when engaging socially with others: they need to figure out which people in their social world to invest their scarce resources in. In order to successfully deal with this issue, one needs to make some (at least semi-accurate) predictions concerning the likely future behavior of others. If one sends the message that their interests are not your interests – such as by their profiting if you lose – there’s probably a good chance that they aren’t going to benefit you in the long term, at least relative to someone who sends the opposite signal.

However, one other aspect that Inbar et al (2012) don’t deal with brings us back to my feelings about Motley Crue. When deciding whether or not to blame someone, the decision needs to be made, typically, in the absence of absolute certainty regarding guilt. In my case, I made a judgment based on zero information, other than my background assumptions about the likely motives of celebrities and advertisers: I judged the band’s message as disingenuous, suggesting they would happily alter their allegiances if the price was right; they were fair-weather friends, who aren’t the best investments. In another case, let’s say that a dead body turns up, and they’ve clearly been murdered. The only witness to this murder was the killer, and whoever it is doesn’t feel like admitting it. When it comes time for the friends of the deceased to start making accusations, who’s going to seem like a better candidate: a stranger, or the burly fellow the dead person was fighting with recently? Those who desired to harm others tended to, historically, have the ability to translate those desires into actions, and, as such, make good candidates for blame. 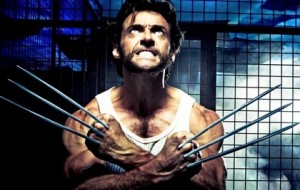 Now in the current study there was no way the actor in question could have been the cause of the natural disaster, but our psychology is, most likely, not built for dealing with abstract cases like that. While subjects may report that, no, that man was not directly responsible, some modules that are looking for possible candidates to blame are still hard at work behind the scenes, checking for those malicious desires; considering who would benefit from the act, and so on (“It just so happened that I gained substantially from your loss, which I was hoping for,” doesn’t make the most convincing tale). In much the same way, pornography can still arouse people, even though the porn offers no reliable increase in fitness and “the person” “knows” that. What I feel this study is examining, albeit not explicitly, are the input conditions for certain modules that deal in the uncertain and fuzzy domain of morality.

(As an aside, I can’t help but wonder whether the people in the stories – investment firms and third world countries – helped the researchers find the results they were looking for. It seems likely that some modules dealing with determining plausible perpetrators might tap into some variable like relative power or status in their calcuations, but that’s a post for another day.)