In my last post, when discussing some research by Singer et al (2006), I mentioned as an aside that their use of fMRI data didn’t seem to add a whole lot to their experiment. Yes, they found that brain regions associated with empathy appear to be less active in men watching a confederate who behaved unfairly towards them receive pain; they also found that areas associated with reward seemed slightly more active. Neat; but what did that add beyond what a pencil and paper or behavioral measure might? That is, let’s say the authors (all six of them) had subjects interact with a confederate who behaved unfairly towards them. This confederate then received a healthy dose of pain. Afterwards, the subjects were asked two questions: (1) how bad do you feel for the confederate and (2) how happy are you about what happened to them? This sounds fairly simple, likely because, well, it is fairly simple. It’s also incredibly cheap, and pretty much a replication of what the authors did. The only difference is the lack of a brain scan. The question becomes, without the fMRI, how much worse is this study? 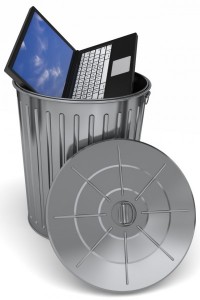 “No fMRI data? Why not just insult psychology directly and get it over with?”

There are two crucial questions in mind, when it comes to the above question. The first is a matter of new information: how much new and useful information has the neuroscience data given us? The second is a matter of bang-for-your-buck: how much did that neuroscience information cost? Putting the two questions together,we have the following: how much additional information (in whatever unit information comes in) did we get from this study per dollar spent? As an initial caveat before I give my answer to the question, I will point out that I am by no means an expert in the field of neuroscience. Though some might feel this automatically disqualified my having an opinion about the field, I would follow that up by noting that there’s are reasons I’m not an expert in the field of neuroscience. As far as I can tell, some of the major reasons include that I have found almost all of it that I have been exposed to either incredibly dull, lacking in perceived value, or both in many cases.

Now that my neuroscience credentials and biases have been laid bare, let’s move onto the question of the day. As with most questions, I’ll begin my answer to it with a thought experiment: let’s say you ran the initial same study as Singer et al did, and in addition to your short questionnaire you put people into an fMRI machine and got brain scans. In the first imaginary world, we obtained results identical to what Singer et al reported: areas thought to be related to empathy decrease in activation, areas thought to be related to pleasure increase in activation. The interpretation of these results seems fairly straightforward – that is, until one considers the second imaginary world. In this second world, we see the results of brain scan show the reverse pattern: specifically, areas thought to be related to empathy show an increase in activation and areas associated with reward show a decrease. The trick to this thought experiment, however, is that the survey responses remain the same; the only differences between the two worlds are the brain pictures.

This makes interpreting our results rather difficult. In the second world, do we conclude that the survey responses are, in some sense, wrong? The subjects “really” feel bad about the confederates being hurt, but they are unaware of it? This strikes me as a bit off, as far as conclusions go. Another route might be to suggest that our knowledge of what areas of the brain are associated with empathy and pleasure is somehow off: maybe increased activation means less empathy, or maybe empathy is processed elsewhere in the brain, or some other cognitive process is interfering. Hell; maybe it’s possible that the technology employed by fMRIs just isn’t sensitive to what you’re trying to look at. Though the brain scan might have highlighted our ignorance as to how the brain is working in that case, it didn’t help us to resolve it. Further, that the second interpretative route seems like a more reasonable one than the first, it also brings to our attention a perhaps under-appreciated fact: we would be privileging the results of the survey measure above the results of the brain scan. 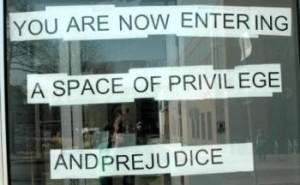 So make sure to check your survey privilege.

The fact that the survey measures are privileged in this case raises the possibility of another hypothetical world: imagine you had done the the experiment and the brain scan as before, but not the survey. In that case, interpretation of the fMRI  data doesn’t even seem possible; description of the brain activation is, sure, but not a profitable understanding of what we would be seeing. This leads to an interesting perspective on the relative contribution of each experimental tool: the majority of the useful information in this study – its  academic value – does not appear to be derived from the brain imaging. The only thing the brain imaging adds is a description of the activation. So yes, the brain scans are technically adding something, but their primary contributions are descriptions of themselves, rather than new interpretations or insights. While such a thought experiment does not definitely answer the question of how much value is added by neuroscience information in psychology, it provides a tentative starting position: not the majority. The bulk of the valuable information in the study came from the survey, and all the subsequent brain information was interpreted in light of it.

Let’s move onto the second question, then: how much did this information cost to obtain? Admittedly, objective information on this question isn’t the easiest to find. The estimates I have come across, however, range from about $400 to over $1000, perhaps even closer to $2000, per subject (the latter article estimates that 20 subjects would cost approximately $40,000). For the sake of comparison, I’d like to discuss how much a recent study I ran cost. The study involved getting subjects to read a hypothetical moral dilemma and answer approximately 5 questions. It was short and approximately as complicated as the non-neuroscience part of the Singer et al paper. Using Mturk (an Amazon site where you can pay people to take your surveys), I was able to pay subjects around $0.10 each (rounding up) for their responses. My sample of approximately 350 subjects cost me well under $50, but let’s say it cost $50 to make the math easy. If I wanted to run that same survey and also collect fMRI data, I would have been looking at a bill of somewhere in the neighborhood of $350,000. On top of the cost, there’s also the matter of time: it takes far longer to get the subject set up in the fMRI and collect the data (which means you need to pay the subject and researchers more for their time), and it also takes far longer to analyze the data you do collect. So there are unaccounted for opportunity costs here as well that we’ll ignore for now.

So now we have a tentative answer for our second question: the neuroscience-version of my study would likely have cost well over 7000 times as much as the non-neuroscience one. Thus, in order to justify the cost of the additional neuroscience, we would want approximately 99.9999% of the information gain of our research to come from the neuroscience information we gathered, and that estimate is actually fairly charitable towards the neuroscience end of things. However, as I previously estimated, we would be hard-pressed to say that even half of the information value of a study could be attributed towards the addition of neuroscience information. In fact, the actual value is likely well below half. In other words, we’re not even anywhere close to justifying the money invested in neuroscience in psychology. Accordingly, I find the justification for the use of neuroscience in psychology to be wanting, and I would advocate the money being dumped into the field (however much that is) be diverted to areas where it could do more research good. Of course, the US could also consider investing $100,000,000 into mapping the brain, I suppose. 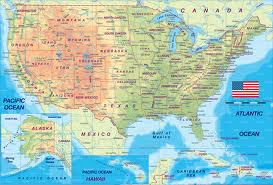 Or let me conduct research with a combined sample size of twice the US population. Please?

Is all this to say that no useful information or positive outcomes would be derived from large investments in neuroscience? Well, that depends on two things: (a) what the investment is in and (b) what else the investment might have been in. I can’t speak to how much benefit we might observe from investing the money directly into neuroscience technology itself in the hopes of improving it and/or bringing the cost of its use down. I would also be vest hesitant to speak to what other investments might be more profitable. What I do feel comfortable saying, however, is that if we’re talking about basic, run-of-the-mill psychological research, there is no feasible way that neuroscience is capable of justifying the monstrous costs involved in producing it. The value added from a single neuroscience paper on 30 subjects is not greater than the value added by dozens, hundreds, or thousands of non-neuroscience papers (the precise value of which depends, obviously, on how much you pay your participants). What people and top journals see in psychological neuroscience, I don’t really understand. Then again, I’m not expert in it, so there’s that, I suppose…

5 comments on “Should Psychological Neuroscience Research Be Funded?”