I get the sense that many people get a degree in psychology because they’re looking to help others (since most clearly aren’t doing it for the pay). For those who get a degree in the clinical side of the field, this observation seems easy to make; at the very least, I don’t know of any counselors or therapists who seek to make their clients feel worse about the state their life is in and keep them there. For those who become involved in the research end of psychology, I believe this desire to help others is still a major motivator. Rather than trying to help specific clients, however, many psychological researchers are driven by a motivation to help particular groups in society: women, certain racial groups, the sexually promiscuous, the outliers, the politically liberal, or any group that the researcher believes to be unfairly marginalized, undervalued, or maligned. Their work is driven by a desire to show that the particular group in question has been misjudged by others, with those doing the misjudging being biased and, importantly, wrong. In other words, their role as a researcher is often driven by their role as an advocate, and the quality of their work and thinking can often take a back seat to their social goals. 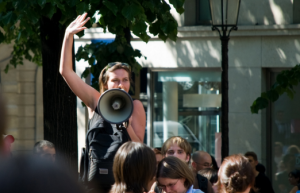 When megaphones fail, try using research to make yourself louder

Two such examples are highlighted in a recent paper by Eagly (2016), both of which can broadly be considered to focus on the topic of diversity in the workplace. I want to summarize them quickly before turning to some of the other facets of the paper I find noteworthy. The first case concerns the prospect that having more women on corporate boards tends to increase their profitability, a point driven by a finding that Fortune 500 companies in the top quarter of female representation on boards of directors performed better than those in the bottom quarter of representation. Eagly (2016) rightly notes that such a basic data set would be all but unpublishable in academia for failing to do a lot of important things. Indeed, when more sophisticated research was considered in a meta-analysis of 140 studies, the gender diversity of the board of directors had about as close to no effect as possible on financial outcomes: the average correlations across all the studies ranged from about r = .01 all the way up to r = .05 depending on what measures were considered. Gender diversity per se seemed to have no meaningful effect despite a variety of advocacy sources claiming that increasing female representation would provide financial benefits. Rather than considering the full scope of the research, the advocates tended to cite only the most simplistic analyses that provided the conclusion they wanted (others) to hear.

The second area of research concerned how demographic diversity in work groups can affect performance. The general assumption that is often made about diversity is that it is a positive force for improving outcomes, given that a more cognitively-varied group of people can bring a greater number of skills and perspectives to bear on solving tasks than more homogeneous groups can. As it turns out, however, another meta-analysis of 146 studies concluded that demographic diversity (both in terms of gender and racial makeup) had effectively no impact on performance outcomes: the correlation for gender was r = -.01 and was r = -.05 for racial diversity. By contrast, differences in skill sets and knowledge had a positive, but still very small effect (r = .05). In summary, findings like these would suggest that groups don’t get better at solving problems just because they’re made up of enough [men/women/Blacks/Whites/Asians/etc]. Diversity in demographics per se, unsurprisingly, doesn’t help to magically solve complex problems.

While Eagly (2016) appears to generally be condemning the role of advocacy in research when it comes to getting things right (a laudable position), there were some passages in the paper that caught my eye. The first of these concerns what advocates for causes should do when the research, taken as a whole, doesn’t exactly agree with their preferred stance. In this case, Eagly (2016) focuses on the diversity research that did not show good evidence for diverse groups leading to positive outcomes. The first route one might take is to simply misrepresent the state of the research, which is obviously a bad idea. Instead, Eagly suggests advocates take one of two alternative routes: first, she recommends that researchers might conduct research into more specific conditions under which diversity (or whatever one’s preferred topic is) might be a good thing. This is an interesting suggestion to evaluate: on the one hand, people would often be inclined to say it’s a good idea; in some particular contexts diversity might be a good thing, even if it’s not always, or even generally, useful. This wouldn’t be the first time effects in psychology are found to be context-dependent. On the other hand, this suggestion also runs some serious risks of inflating type 1 errors. Specifically, if you keep slicing up data and looking at the issue in a number of different contexts, you will eventually uncover positive results even if they’re just due to chance. Repeated subgroup or subcontext analysis doesn’t sound much different from the questionable statistical practices currently being blamed for psychology’s replication problem: just keep conducting research and only report the parts of it that happened to work, or keep massaging the data until the right conclusion falls out. 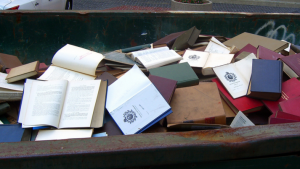 “…the rest goes in the dumpster out back”

Eagly’s second suggestion I find a bit more worrisome: arguing that relevant factors – like increases in profits, productivity, or finding better solutions – aren’t actually all that relevant when it comes to justifying why companies should increase diversity. What I find odd about this is that it seems to suggest that the advocates begin with their conclusion (in this case, that diversity in the work force ought to be increased) and then just keep looking for ways to justify it in spite of previous failures to do so. Again, while it is possible that there are benefits to diversity which aren’t yet being considered in the literature, bad research would likely result from a process where someone starts their analysis with the conclusion and keeps going until they justify it to others, no matter how often it requires shifting the goal posts. A major problematic implication with that suggestion mirrors other aspects of the questionable psychology research practices I mentioned before: when a researcher finds the conclusion they’re looking for, they stop looking. They only collect data up until the point it is useful, which rigs the system in favor of finding positive results where there are none. That could well mean, then, that there will be negative consequences to these diversity policies which are not being considered.

What I think is a good example of this justification problem leading to shoddy research practices/interpretation follows shortly thereafter. In talking about some of these alternative benefits that more female hires might have, Eagly (2016) notes that women tend to be more compassionate and egalitarian than men; as such, hiring more women should be expected to increase less-considered benefits, such as a reduction in the laying-off of employees during economic downturns (referred to as labor hoarding), or more favorable policies towards time off for family care. Now something like this should be expected: if you have different people making the decisions, different decisions will be made. Forgoing for the moment the question of whether those different policies are better, in some objective sense of the word, if one is interested in encouraging those outcomes (that is, they’re preferred by the advocate) then one might wish to address those issue directly, rather than by proxy. That is to say if you are looking to make the leadership of some company more compassionate, then it makes sense to test for and hire more compassionate people, not hiring more women under the assumption you will be increasing compassion.

This is an important matter because people are not perfect statistical representations of the groups to which they belong. On average, women may be more compassionate than men; the type of woman who is interested in actively pursuing a CEO position in a Fortune 500 company might not be as compassionate as your average woman, however, and, in fact, might even be less compassionate than a particular male candidate. What Eagly (2016) has ended up reaching, then, is not a justification for hiring more women; it’s a justification for hiring compassionate or egalitarian people. What is conspicuously absent from this section is a call for more research to be conducted on contexts in which men might be more compassionate than women; once the conclusion that hiring women is a good thing has been justified (in the advocate’s mind, anyway), the concerns for more information seem to sputter out. It should go without saying, but such a course of action wouldn’t be expected to lead to the most accurate scientific understanding of our world. 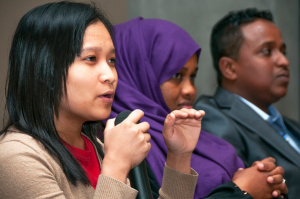 The solution to that problem being more diversity, of course..

To place this point in another quick example, if you’re looking to assemble a group of tall people, it would be better to use people’s height when making that decision rather than their sex, even if men do tend to be taller than women. Some advocates might suggest that being male is a good enough proxy for height, so you should favor male candidates; others would suggest that you shouldn’t be trying to assemble a group of tall people in the first place, as short people offer benefits that tall ones don’t; other still will argue that it doesn’t matter if short people don’t offer benefits as they should be preferentially selected to combat negative attitudes towards the short regardless (at the expense of selecting tall candidates). For what it’s worth, I find the attitude of “keep doing research until you justify your predetermined conclusion” to be unproductive and indicative of why the relationship between advocates and researchers ought not be a close one. Advocacy can only serve as a cognitive constraint that decreases research quality as the goal of advocacy is decidedly not truth. Advocates should update their conclusions in light of the research; not vice versa.

References: Eagly, A. (2016). When passionate advocates meet research on diversity, does the honest broker stand a chance? Journal of Social Issues, 72, 199-222.