My last post focused on the business case for demographic diversity. Summarizing briefly, an attempted replication of a paper claiming that companies with greater gender and racial diversity outperformed those with less diversity failed to reach the same conclusion. Instead, these measures of diversity were effectively unrelated to business performance once you controlled for a few variables. This should make plenty of intuitive sense, as demographic variables per se aren’t related to job performance. While they might prove to be rough proxies if you have no information (men or women might be better at tasks X or Y, for instance), once you can assess skills, competencies, and interests, the demographic variables cease to be good predictors of much else. Being a man or a woman, African or Chinese, does not itself make you competent or interested in any particular domain. Today, I wanted to tackle the matter of diversity itself on more of a philosophical level. With any luck, we might be able to understand some of the issues that can cloud discussions on the topic.

And if I’m unlucky, well…

Let’s start with the justifications for concerns with demographic diversity. As far as I’ve seen, there are two routes people take with this. The first – and perhaps most common – has been the moral justification for increasing diversity of race and gender in certain professions. The argument here is that certain groups of people have been historically denied access to particular positions, institutions, and roles, and so they need to be proactively included in such endeavors as a means of reparation to make up for past wrongs. While that’s an interesting discussion in its own right, I have not found many people who claim that, say, more women should be brought into a profession no matter the impact. That is, no one has said, “So what if bringing in more women would mess everything up? Bring them in anyway.” This brings us to the second justification for increasing demographic diversity that usually accompanies the first: the focus on the benefits of cognitive diversity. The general idea here is not only that people from all different groups will perform at least as well in such roles, but that having a wider mix of people from different demographic groups will actually result in benefits. The larger your metaphorical cognitive toolkit, the more likely you will successfully meet and overcome the challenges of the world. Kind of like having a Swiss Army knife with many different attachments, just with brains.

This idea is appealing on its face but, as we saw last time, diversity wasn’t found to yield any noticeable benefits. There are a few reasons why we might expect that outcome. The first is that cognitive diversity itself is not always going to be useful. If you’re on a camping trip and you need to saw through a piece of wood, the saw attachment on your Swiss Army knife would work well; the scissors, toothpick, and can opener will all prove ineffective at solving your problem. Even the non-serrated knife will prove inefficient at the task. The solutions to problems in the world are not general-purpose in nature. They require specialized equipment to solve. Expanding that metaphor into the cognitive domain, if you’re trying to extract bitumen from tar sands, you don’t want a team of cognitively diverse individuals including a history major, a psychology PhD, and a computer scientist, along with a middle-school student. Their diverse set of skills and knowledge won’t help you solve your problem. You might do better if you hired a cognitively non-diverse group of petroleum engineers.

This is why companies hiring for positions regularly list rather specific qualification requirements. They understand – as we all should – that cognitive diversity isn’t always (or even usually) useful when it comes to solving particular tasks efficiently. Cognitive specialization does that. Returning this point back to demographic diversity, the problem should be clear enough: whatever cognitive diversity exists between men and women, or between different racial groups, it needs to be task relevant in order for it to even potentially improve performance outcomes. Even if the differences are relevant, in order for diversity to improve outcomes, the different demographic groups in question need to complement the skill sets of the other. If, say, women are better at programming than men, then diversity of men and women wouldn’t improve programming outcomes; the non-diverse outcome of hiring women instead of men would.

Now it’s not impossible that such complementary cognitive demographic differences exist, at least in theory, even though the former restrictions are already onerous. However, the next question that arises is whether such cognitive differences would actually exist in practice by the time hiring decisions were made. There’s reason to expect they would not, as people do not specialize in skills or bodies of knowledge at random. While there might be an appreciable amount of cognitive diversity between groups like men and women, or between racial groups, in the entire population, (indeed, meaningful differences would need to exist in order for the beneficial diversity argument to make any sense in the first place) people do not get randomly sorted into groups like professions or college majors.

As such, whatever differences exist between demographics on the population level may be reduced in part or in whole once people begin to self-select into different groups based on skills, interests, and aptitudes. Even if men and women possess some cognitive differences in general, male and female nurses, or psychologists, or engineers, might not differ in those same regards. The narrower the skill set you’re looking for when it comes to solving a task, the more similar we might expect people who possess those skills to be. Just to use my profession, psychologists might be more similar than non-psychologists; those with a PhD might be more similar than those with just a BA; those who do research may differ from those who enter into the clinical field, and so on.

I think these latter points are where a lot of people get tripped up when thinking about the possible benefits of demographic diversity to task performance. They notice appreciable and real differences between demographic groups on a number of cognitive dimensions, but fail to appreciate that these population differences might (a) not be large once enough self-selection by skills and interests has taken place, (b) not be particularly task relevant, and (c) might not be complementary.

Ironically, one of the larger benefits to cognitive diversity might be the kind that people typically want to see the least: the ability of differing perspectives to help check the personal biases we possess. As people become less reliant on those in their immediate vicinity and increasingly able to self-segregate into similar-thinking social and political groups around the world, they may begin to likewise pursue policies and ideas that are increasingly self-serving and less likely to benefit the population on the whole. Key assumptions may go unchallenged and the welfare of others may be taken into account less frequently, resulting in everyone being worse off. Groups like the Heterodox Academy have been set up to try and counteract this problem, though the extent of their success is debatable. 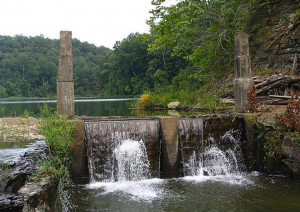 Condensing this post a little, the basic idea is this: men and women (to use just one group), on average, are likely to show a greater degree of between-group cognitive diversity than are male and female computer science majors. Or male and female literature majors. Any group you can imagine. Once people are segregating themselves into different groups on the basis of shared abilities and interests, those within the groups should be much more similar to one another than you’d expect on the basis of their demographics. If much of the cognitive diversity between these groups is getting removed through self-selection, then there isn’t much reason to expect that demographic diversity within those groups will have as much of an effect one way or the other. If male and female programmers already know the same sets of skills and have fairly similar personalities, making those groups look more male or more female won’t have much of an overall effect on their performance.

For it to even be possible that such diversity might help, we need to grant that meaningful, task-relevant differences between demographic groups exist, are retained throughout a long process of self-selection, and that these differences complement each other, rather than one group being superior. Further, these differences would need to create more benefits than conflicts. While there might be plenty of cognitive diversity in, say, the US congress in terms of ideology, that doesn’t necessarily mean it helps people achieve useful outcomes all the time once you account for all the dispute-related costs and lack of shared goals.

If qualified and interested individuals are being kept out of a profession simply because of their race or gender, that obviously carries costs and should be stopped. There would be many valuable resources going untapped. If, however, people left to their own devices are simply making choices they feel suit them better – creating some natural demographic imbalances – then just changing their representation in this field or that shouldn’t impact much.