Moralistic outrage, while infuriating and occasionally dangerous, is often fertile grounds for comedy; not that pre-packaged, bland artificial comedy full of preservatives either, but the organic, flavorful comedy that’s grown right in your own backyard and picked minutes before enjoying. It wasn’t too long ago that a banner reading, “You Mad, Bro?” was displayed at a football game in order to taunt one of the teams. (Story here). It wasn’t long before some people who didn’t understand the connotations of the phrase took it upon themselves to get quite mad, falling right into the lap of the internet troll community. 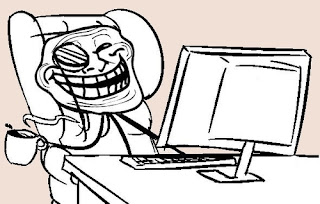 Could I interest you in a fresh glass of Schadenfreude?

Let’s now turn to an example of silly moralistic outrage as it applies to two things I hold dear: evolutionary theory and female orgasms.

Why do women have orgasms?

I wrote my thesis about a female orgasm, so I happen to know a thing or two about them (I know a thing or two now, anyway; my initial title of Female Orgasm and Other Myths of the Hysterical Woman required a little touching up). There is an on-going debate as to whether or not female orgasm is an adaptation or a byproduct. That debate also happens to involve a fair share of vitriol, with words like “chauvinistic” being thrown around a lot. As you can see from the article and several of the comments, there appears to be a sizable group of people who equate “adaptation” with things like social importance and justification, and “byproduct” with unimportance. (My personal favorite is this one: ”I think this whole article is BS! The writer only continues to denigrate women! Why would a woman be able to orgasm if there was no reason to?”) 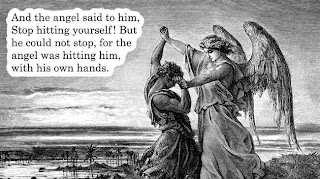 Why does Lloyd (and Dan Savage) seem to suggest that the knowledge that female orgasm isn’t an adaptation might comfort women who experience frustration at an inability to do during sex – or at all – and have wider social implications (despite claiming she doesn’t think people should be deriving social norms from biology – but look, it’s natural that… so we should…)? Perhaps she hopes to make the point that society puts too much pressure on women to orgasm during sex, even though many of them probably won’t – at least not without some manual help – and that pressure makes people feel bad.

As I mentioned previously, no arguments for or against legal rights for homosexuals should turn on the genetic nature of the trait. I don’t think the gay community or their supporters would be comforted at the lack of rights afforded to homosexuals on the grounds that homosexuality isn’t an adaptation, or entirely “in the genes”, and they’d be less distressed if they stopped caring about having them. Similarly, in terms of the social or personal importance of female orgasm, nothing should turn on whether it’s an adaptation or a byproduct.

Strangely, it seems that it does for many people. It might be the case that “adaptation” and “byproduct” have just become placeholders for “genes” and “environment” – that classic false dichotomy – or something similar. For those people, calling a trait an “adaptation” is akin to saying it’s genetically determined and inflexible to environmental influences. This could be a byproduct of the same essentialist state of mind that tells us if we plant an apple seed in a field with pear seeds, it will still grow into an apple tree, not a pear one, or if we paint a lion so it looks like a leopard, it’s still a lion.

That probably also means people are more inclined to think of behaviors they want to encourage – or avoid blame for – as adaptations, and behaviors they want to discourage – or blame others for – as byproducts above and beyond what evidence suggests. As people are generally blind to their own biases, and tend to disagree on matters of morality, the debate about adaptations and byproducts, genes and environment, will continue to thrive and be filled with colorful rhetoric, leaving us to ask “You mad, bro?”