One of the main concerns I have with some research in psychology (and while I have no data on the matter, I don’t think I’m alone in it) is that some portion of it is, explicitly or otherwise, agenda-driven. Specifically, the researchers have a particular social goal in mind that they seek to call attention to with their work. Now there’s nothing necessarily wrong with that, especially if there actually happens to be some troubling social issue that needs to be addressed. Nothing necessarily wrong, however, does not imply that it doesn’t frequently lead to problems with the research, either in its design or its interpretation. In other words, when people want to see a particular problem, or a particular interpretation of their results, they’re often pretty good at finding it. As it turns out, people in the social sciences are also pretty keen on trying to find racism and sexism. 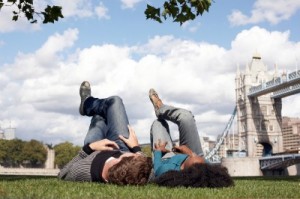 “The clouds must be discriminating; they’re all white”

Now I want to be absolutely clear on one point at the outset: people do discriminate. They do so all the time for a variety of reasons, whether we’re talking about sexual partners or hiring people for jobs. Some of these reasons for discrimination happen to be more socially acceptable than others, so one ought to be caution when making accusations that someone – or some group – is discriminating the basis of them. The implications of being call a racist or a sexist, for instance, can be rather large. So, with that said, let’s consider some research that suggests the whole of academia in the US is both of those things. Not explicitly, of course: it just suggests that certain types of people are “plagued” by “barriers” on the basis of their sex and/or race caused by “biases” and are “underrepresented” in certain professions, violating claims to “fairness”. Certainly, this is a much different type of claim than an outright accusation of racism or sexism, and could not possibly be interpreted in any damning manner. Certainly…

Anyway, in the paper – by Milkman et al (2014) – the researchers have a very particular meaning for the word “underrepresented”: women and minority groups are not represented in academic positions in equal percentages to their representation in the population. In that sense, one might consider such groups underrepresented. In another sense – perhaps a more meaningful one – we might consider underrepresentation instead in terms of the various talents, preferences, and willingness of different groups. That is to say 99% or so of plumbers are men, but women aren’t underrepresented in that field largely because most women seem to express no interest in entering the field, at least relative to their alternatives. This sense of underrepresentation is more difficult to determine however, and might undercut any points about racism or sexism, so, needless to say, most researchers examining racism or sexism don’t ever seem to use it; at least not as far as I’ve seen.

In any case, Milkman et al (2014) wanted to examine how discrimination on the basis of sex or race might pose barriers to women or minorities entering academia. Towards examining this issue, the researchers sent out around 6,500 stock emails to professors at around 250 universities across 109 different fields of study. This email reads as follows:

Subject Line: Prospective Doctoral Student (On Campus Today/[Next Monday])Dear Professor [Surname of Professor Inserted Here],I am writing you because I am a prospective doctoral student with considerable interest in your research. My plan is to apply to doctoral programs this coming fall, and I am eager to learn as much as I can about research opportunities in the meantime.I will be on campus today/[next Monday], and although I know it is short notice, I was wondering if you might have 10 minutes when you would be willing to meet with me to briefly talk about your work and any possible opportunities for me to get involved in your research. Any time that would be convenient for you would be fine with me, as meeting with you is my first priority during this campus visit.Thank you in advance for your consideration.Sincerely,[Student’s Full Name Inserted Here]

The student’s name was varied to either be typical of man or a woman, and/or typical of a White, Black, Hispanic, Chinese, or Indian person. The names were intentionally made to be as stereotypical as possible so as to avoid any confusion on the recipient’s part. They also kept track of which professors were receiving the emails, both in terms of their sex, race, and field of study.

With a message like that, I’m surprised they got a single response.

Some of the results are unlikely to be terribly surprising to most people: in general, the fake emails from minority groups and women tended to receive fewer responses than those from white males. There were some exceptions, as the size of this effect fluctuated markedly and which group it favored fluctuated moderately (the main exception to the general rule seemed to be fine arts programs, which discriminated more against the white male emails). Also, the higher-paid fields tended to respond to women and minorities less (the authors speculate more than once that this might be due to those in high-paying jobs having different values but, remember, this isn’t about calling anyone a racist or a sexist). Don’t worry, though; your moral outrage about these results might be tempered somewhat by the following additional finding: no matter how the researchers tried to slice it, this discrimination was independent of the professor’s race or sex. A black female professor did the same thing as a white male professor no matter the sex or race of the ostensible sender. Fancy that.

Now what I find particularly interesting about this paper is what the authors say about that last set of results: it’s “counterintuitive”. The result would only be counterintuitive, it seems, if you had a particular model as to who might discriminate and why already in your head. Specifically, the authors seem to write as if the only reason people might discriminate is on the basis of biases that have no bearing in reality; it must be people’s “values” or discrimination of the basis of a stereotype (which isn’t true, of course). To give credit where it’s do, the authors note that, sure, their study can’t actually tell if any racial/gender bias is responsible for these results or whether these patterns of discrimination were based on some other factors. Unfortunately, this point is placed at the end of the paper as more of an afterthought. If this point was placed at the beginning of the paper and expanded upon in almost any detail whatsoever, I imagine this paper would be a much different read. As it is, however, the point feels added in at the end as a halfhearted acknowledge that their research doesn’t actually tell us anything meaningful about the points they spent the entire introduction discussing. So allow me to expand on that point a bit more.

I want you to consider the following hypothetical: you’re a doctor, and a patient has come to you with a list of symptoms. These symptoms are consistent with one of two life-threatening conditions and there’s no time to test them to find out which condition it is. You have a drug for each condition, but you can only administer one (let’s say because both together would be fatal). Which drug should you give your patient? Well, that depends: which condition is more common? If both are equally as common, both drugs should receive an approximately equal chance of being administered; if one disease happens to be more common, then that’s the one you should treat for. The point is basic enough: you don’t want to ignore base-rates To make this less of a metaphor, if you’re a professor with limited time and energy, you can’t respond to every unsolicited message you get unless you want other parts of your life to suffer (work/life balance, and all that). This message is about as vague as can be: it might be coming from a student that cares and would be valuable, or might be coming from a student that sent the same bland email out to dozens of people and is wasting your time. You only have two choices: respond or ignore. What do you do? 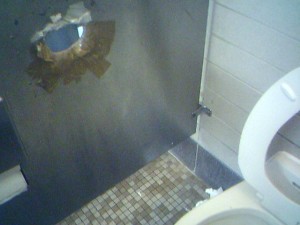 Well, that’s contingent on what information you have: a name. The name tells you gender and race. Now here comes the part that most people don’t want to acknowledge: do those two things tell you anything of value? The answer to that question that you’d receive from people would, I imagine, depend in part on one’s preferred definition for “underrepresented”. While I won’t pretend that I can tell you what information might or might not be present in a name (i.e. what factors tend to correlate with sex and/or race that predict one’s ability to be a worthwhile graduate student), what I will tell you is that research on the subject of stereotypes has a very bad habit of never bothering to test for the stereotype’s accuracy. There’s a lot of work on trying to demonstrate discrimination without much work trying to understand it. That professors of all races and sexes seemed to show the same bias might suggest that there is something there worth paying attention to in a name when one lacks any other useful source of information. Perhaps such a point should be the topic of research, rather than an end note to it.

References: Milkman, K., Akinola, M., & Chugh, D. (2014). What Happens Before? A Field Experiment Exploring How Pay and Representation Differentially Shape Bias on the Pathway into Organizations.

3 comments on “What’s Counterintuitive About Discrimination?”