My last post prompted a series of spirited discussions, each of which I found interesting for slightly different reasons. Over the course of one of those discussion, a commenter over at Psychology Today (H/T to Anthro_girl) referred me to an article entitled “Darwin in mind: New opportunities for evolutionary psychology” (Bolhuis et al. 2011). I haven’t yet decided if I this will turn into a series of posts on the ideas presented in that article, but there is one point in particular I would like to focus in on for the current purposes, and it’s entirely semantic in nature: what the term “universal” ought to mean. Attempts on clearing up semantic confusion tend to be unproductive in my experience, but I think it’s important to at least give these matters a deeper consideration, as they can breed the appearance of disagreement, despite two parties saying essentially the same thing (what has been previously called “violent agreement“, and I think represents the bulk of the ideas found in the article). 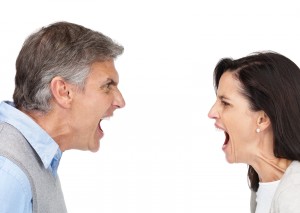 “You’re absolutely right and I respect your position, which is also my own!”

The first point I would like to mention is that I find Bolhuis et al’s (2011) wording quite peculiar: they seem to, at least at some points, contrast “flexibility” with universality. It sounds as if they are trying to contrast “genetic determinism” with flexibility instead, which seems to be a fairly common mistake people make when criticizing what they think evolutionary psychology assumes. Since that point is a fairly common misunderstanding, there’s little need to go over it again here, but it does give me an opportunity to think about what it means for a trait to be universal, using their example of sexual selection. The authors suggest that as a number of environmental cues (encounter rates, cost of parental investment, etc) change, so too should we expect mating strategies to change: change the inputs to a system, change the outputs. Now nothing about that analysis strikes me as particularly incorrect, but the implication that follows it does: specifically, a universal trait ought not to show much, if any, variation. Well, OK, they don’t really imply it so much as they flat-out say it:

“Arguably, the more flexible and variable the exhibited behaviour, the less explanatory power can be attributed to evolved structure in the mind.”

Their analysis seems to misstep in regard to why those other variables might matter in determining variation. In order for variables, like encounter rates or the likely costs of parental investment, to matter in the first place, some other psychological mechanisms need to be sensitive to those inputs; other evolved structures of the mind. If no evolved structures are sensitive to those inputs, or the structures which are sensitive to those variables aren’t hooked up to the structures that determine sexual behavior, there wouldn’t be any consistent effect of their presence or absence. Thus, finding variation in a trait, like sexual selectively, doesn’t tell you much about whether the mechanisms involved in determining said behavior are universal or not. This does, however, raise in inevitable question about universality: do we need to expect a near-perfectly consistent expression of a trait in order to call it universal?

I would think not. This gets at a distinction highlighted by Norenzayan & Heine (2005) between various types of universality, specifically the “functional” and “accessible” varieties. The functional type refers to traits that use the same underlying mechanisms and solve the same kinds of problems (so if people in all cultures use hammers to beat in nails, hammers would be functionally universal); the accessible type is the same as the functional type, only that it is used to pretty much the same degree across different cultures (all cultures would need to use their hammers approximately the same amount). In other words, then, different cultures might differ with respect to how sexually selective men tend to be relative to women, but in all people there are still the same underlying mechanisms at work and they are still used to solve the same kinds of problems, so we can still feel pretty good about calling that difference in sexual selectivity a universal. While that’s all well and good, it does create a new problem, though: how much variation counts as “a lot of it”, or at least enough of it to warrant one classification or the other? 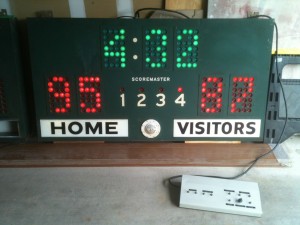 Fairly mundane for basketball, but maybe the most exciting soccer match ever.

Two examples should help clear this up. Let’s say you’re a fairly boring kind of researcher and find yourself examining finger length cross-culturally, trying to determine if finger length is universal. You get your ruler out, figure out a way to convince thousands of people the world over to let you examine their hands in dozens of different languages, and locate a nice grant to cover all your travel costs (along with the time you won’t be spending doing other things like teaching or seeing your friends and family). After months of hard work, you’re finally able to report your findings: you have found that middle fingers are approximately 2.75 inches in length and, between cultures, that mean varies between 2.65 inches and 3.25 inches. From this, are we to conclude that middle finger length is or is not universal?

The answer to this question is by no means straight forward; it seems to be more of an “I know it when I see it” kind of judgment call. There clearly is some variation, but is there enough variation there to be meaningful? Would middle fingers be classified as a “functional” universal or an “accessible” universal (if such labels made sense in case of fingers, that is)?  While the finger might seem a bit strange as an example, it has a major benefit: it involves a trait that is rather easy to find a generally agreed upon definition and form of measurement. Let’s say that you’re interested in looking at something a more difficult to assess, like the aforementioned sexually selectively. Now all sorts of new questions will come creeping in: is your test the best way of assessing what you hope to? Is your method one that is likely to be interpreted in a consistent manner across cultures? The initial question still needs to be answered as well: how much variation is enough? If the difference in sexual selectively between men and women is twice as large in culture A, relative to culture B, does that make it a functional or an accessible universal? What is that difference was only 1.5 times the size from culture to culture, or 3 times the size? From what I could gather, there really is no hard or fast rule for determining this, so the distinction might appear to be more arbitrary than real. 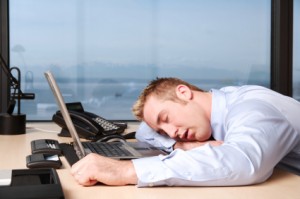 Riveting as I’m sure you all find this, I’ll try and wrap it up.

So, as before, attempts to clear up semantic confusion have not necessarily been successful. Then again, if matters like this were simple, it’s doubtful that these kinds of disagreement would have cropped up in the first place. Hopefully, some the issues between focusing on the outputs of mechanisms versus the mechanisms themselves have at least been highlighted. There are two final points to make about the idea of universality: first, if there was no underlying universal human nature, cross-cultural research would be all but impossible to conduct, as foreign cultures would not be able to be understood at all in the first place. Secondly, that point is demonstrated well by what I would call cross-cultural cross-fostering. More precisely, as Norenzayan & Heine (2005) note, when infants from other cultures are raised in a new one (say an Asian family immigrates to America), within two or three generations, the children of that family will be all but indistinguishable from their “new” cultural peers. Without an underlying set of universal psychological mechanisms, it’s unclear precisely how such adaptation would be possible.

So yes, while WEIRD undergraduates might not give you a complete picture of human psychology, it doesn’t mean that they offer nothing, or even very little. The differences between cultures can hide the oceans of similarity that lurk right underneath the surface. It’s important to not lose sight of the forest for a few trees.