There are many things that people generally tend to view to be disgusting or otherwise unpleasant. Certain shows, like Fear Factor, capitalize on those aversions, offering people rewards if they can manage to suppress those feelings to a greater degree than their competitors. Of the people who watched the show, many would probably tell you that they would be personally unwilling to engage in such behaviors; what many do not seem to say, however, is that others should not be allowed to engage in those behaviors because they are morally wrong. Fear or disgust-inducing, yes, but not behavior explicitly punishable by others. Well, most of the time, anyway; a stunt involving drinking donkey semen apparently made the network hesitant about airing it, likely owing to the idea that some moral condemnation would follow in its wake. So what might help us differentiate between understanding why some disgusting behaviors – like eating live cockroaches or submerging one’s arm in spiders – are not morally condemned while others – like incest – tend to be? 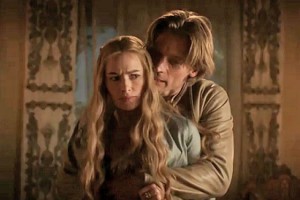 Emphasis on the “tend to be” in that last sentence.

To begin our exploration of the issue, we could examine some research on some cognitive mechanisms for incest aversion. Now, in theory, incest should be an appealing strategy from a gene’s eye perspective. This is due to the manner in which sexual reproduction works: by mating with a full sibling, your offspring would carry 75% of your genes in common by descent, rather than the 50% you’d expect if you mated with a stranger. If those hyper-related siblings in turn mated with one another, after a few generations you’d have people giving birth to infants that were essentially genetic clones. However, such inbreeding appears to carry a number of potentially harmful consequences. Without going into too much detail, here are two candidate explanations one might consider for why inbreeding isn’t a more popular strategy: first, it increases the chances that two harmful, but otherwise rare, recessive alleles will match up with on another. The result of this frequently involves all sorts of nasty developmental problems that don’t bode well for one’s fitness.

A second potential issue involves what is called the Red Queen hypothesis. The basic idea here is that the asexual parasites that seek to exploit their host’s body reproduce far quicker than their hosts tend to. A bacteria can go through thousands of generations in the time humans go through one. If we were giving birth to genetically-identical clones, then, the parasites would find themselves well-adapted to life inside their host’s offspring, and might quickly end up exploiting said offspring. The genetic variability introduced by sexual reproduction might help larger, longer-lived hosts keep up in the evolutionary race against their parasites. Though there may well be other viable hypotheses concerning why inbreeding is avoided in many species, the take-home point for our current purposes is that organisms often appear as if they are designed to avoid breeding with close relatives. This poses many species with a problem they need to solve, however: how do you know who your close kin are? Barring some effective spatial dispersion, organisms will need some proximate cues that help them differentiate between their kin and non-kin so as to determine which others are their best bets for reproductive success.

We’ll start with perhaps the most well-known of the research on incest avoidance in humans. The Westermarck effect refers to the idea that humans appear to become sexually disinterested in those with whom they spent most of their early life. The logic of this effect goes (roughly) as follows: your mother is likely to be investing heavily in you when you’re an infant, in no small part owing to the fact that she needs to breastfeed you (prior to the advent of alternative technologies). Since those who spend a lot of time around you and your mother are more likely to be kin than those who spend less time in your proximity. That degree of that proximity ought to in turn generate some kinship index with others that would generate disinterest in sexual experiences with such individuals. While such an effect doesn’t lend itself nicely to controlled experiments, there are some natural contexts that can be examined as pseudo-experiments. One of these was the Israeli Kibbutz, where children were predominately raised in similarly-aged, mixed-sex peer groups. Of the approximately 3000 children that were examined from these Kibbutz, there were only 14 cases of marriage between individuals from the same group, and almost all of them were between people introduced to the group after the age of 6 (Shepher, 1971).

Which is probably why this seemed like a good idea.

The effect of being raised in such a context didn’t appear to provide all the cues required to trigger the full suite of incest aversion mechanisms, however, as evidenced by some follow-up research by Shor & Simchai (2009). The pair carried out some interviews with 60 of the members of the Kibbutz to examine the feelings that these members had towards each other. A little more than half of the sample reported having either moderate or strong attractions towards other members of their cohort at some point; almost all the rest reported sexual indifference, as opposed to the typical kind of aversion or disgust people report in response to questions about sexual attraction towards their blood siblings. This finding, while interesting, needs to be considered in light of the fact that almost no sexual interactions occurred between members of the same peer group; it should also be considered in light of the fact that there did not appear to exist any strong moral prohibition against such behavior.

Something like a Westermarck effect might explain why people weren’t terribly inclined to have intercourse with their own kin, but it would not explain why people think that others having sex with close kin is morally wrong. Moral condemnation is not required for guiding one’s own behavior; it appears more suited for attempting to guide the behavior of others. When it comes to incest, a likely other whose behavior one might wish to guide would be their close kin. This is what led Lieberman et al (2003) to deliver some predictions about what factors might drive people’s moral attitudes about incest: the presence of others who are liable to be your close kin, especially if those kin are of the opposite sex. If duration of co-residence during infancy is used a proximate input cue for determining kinship, then that duration might also be used as an input condition for determining one’s moral views about the acceptability of incest. Accordingly, Lieberman et al (2003) surveyed 186 individuals about their history of co-residence with other family members and their attitudes towards how morally unacceptable incest is, along with a few other variables.

What the research uncovered was that duration of co-residence with an opposite-sex sibling predicted the subject’s moral judgments concerning incest. For women, the total years of co-residence with a brother was correlated with judgments of wrongness for incest at about r = 0.23, and that held whether the time period from 0 to 10 or 0 to 18 was under investigation; for men with a sister, a slightly higher correlation emerged from 0 to 10 years (r = 0.29), but an even-larger correlation was observed when the period was expanded to age 18 (r = 0.40). Further, such effects remained largely static even after the number of siblings, parental attitudes, sexual orientation, and the actual degree of relatedness between those individuals was controlled for. None of those factors managed to uniquely predict moral attitudes towards incest once duration of co-residence was controlled for, suggesting that it was the duration of co-residence itself driving these effects of moral judgments. So why did this effect not appear to show up in the case of the Kibbutz? 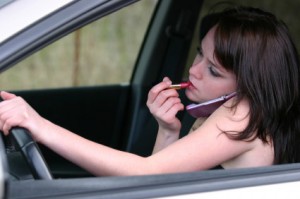 Perhaps the driving cues were too distracted?

If the cues to kinship are somewhat incomplete – as they likely were in the Kibbutz – then we ought to expect moral condemnation of such relationships to be incomplete as well.  Unfortunately, there doesn’t exist much good data on that point that I am aware of, but, on the basis of Shor & Simchai’s (2009) account, there was no condemnation of such relationships in the Kibbutz that rivaled the kind seen in the case of actual families. What their account does suggest is that more cohesive groups experienced less sexual interest in their peers; a finding that dovetails with the results from Lieberman et al (2003): cohesive groups might well have spent more time together, resulting in less sexual attraction due to greater degrees of co-residence. Despite Shor & Simchai’s suggestion to the contrary, their results appear to be consistent with a Westermarck kind of effect, albeit an incomplete one. Though the duration of co-residence clearly seems to matter, the precise way in which it matters likely involves more than a single cue to kinship. What connection might exist between moral condemnation and active aversion to the idea of intercourse with those one grew up around is a matter I leave to you.

References: Lieberman, D., Tooby, J., & Cosmides, L. (2003). Does morality have a biological basis? An empirical test of the factors governing moral sentiments relating to incest. Proceedings of the Royal Society of London B, 270, 819-826.