When it comes to mating, humans are a rather flexible species. In attempting to make sense of this variation, a natural starting point for many researchers is to try and tackle what might be seen as the largest question: why are some people more inclined to promiscuity or monogamy than others? Though many answers can be given to that question, a vital step in building towards a plausible and useful explanation of the variance is to consider the matter of function (as it always is). That is, we want to be asking ourselves the question, “what adaptive problems might be solved by people adopting long- or short-term mating strategies?” By providing answers to this question we can, in turn, develop expectations for what kind of psychological mechanisms exist to help solve these problems, explanations for how they could solve them, and then go examine the data more effectively for evidence of their presence or absence. 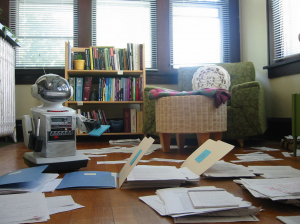 It will help until the research process is automated, anyway

The current research I wanted to talk about today begins to answer the question of function by considering (among other things) the matter of resource acquisition. Specifically, women face greater obligate biological costs when it comes to pregnancy than men. Because of this, men tend to be the more eager sex when it comes to mating and are often willing to invest resources to gain favor with potential mates (i.e., men are willing to give up resources for sex). Now, if you’re a woman, receiving this investment is an adaptive benefit, as it can be helpful in ensuring the survival and well-being of both yourself and your offspring. The question then becomes, “how can women most efficiently extract these resources from men?” As far as women are concerned, the best answer – in an ideal world – is to extract the maximum amount of investment from the maximum amount of men.

However, men have their own interests too; while they might be willing to pay-to-play, as it were, the amount they’re willing to give up depends on what they’re getting in return. What men are looking for (metaphorically or literally speaking) is what women have: a guarantee of sharing genes with their offspring. In other words, men are looking for paternity certainty. Having sex with a woman a single time increases the odds of being the father of one of her children, but only by a small amount. As such, men should be expected to prefer extended sexual access over limited access. Paternity confidence can also be reduced if a woman is having sex with one or more other men at the same time. This leads us to expect that men adjust their willingness to invest in women upwards if that investment can help them obtain one or both of those valued outcomes.

This line of reasoning lead the researchers to develop the following hypothesis: as female economic dependence on male investment increases, so too should anti-promiscuity moralization. That is, men and women should both increase their moral condemnation of short-term sex when male investment is more valuable to women. For women, this expectation arises because promiscuity threatens paternity confidence, and so their engaging in mating with multiple males should make it more difficult for them to obtain substantial male investment. Moreover, other women engaging in short-term sex similarly makes it more difficult for even monogamous women to demand male investment, and so would be condemned for their behavior as well. Conversely, since men value paternity certainty, they too should condemn promiscuity to a greater degree when their investment is more valuable, as they are effectively in a better position to bargain for what they want.

In sum, the expectation in the present study was that as female economic dependence increases, men and women should become more opposed to promiscuous mating. 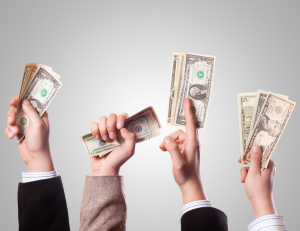 “Wanted: Looking for paternity certainty. Will pay in cash”

This was tested in two different ways: in the first study, 656 US residents answered questions about their perceptions of female economic dependence on male investment in their social network, as well as their attitudes about promiscuity and promiscuous people. The correlation between the measures ended up being r = .28, which is a good proof of concept, though not a tremendous relationship (which is perhaps to be expected, given that multiple factors likely impact attitudes towards promiscuity). When economic dependence was placed into a regression to predict this sexual moralization, controlling for age, sex, religiosity, and conservatism in the first step, it was found that female economic dependence accounted for approximately 2% of the remaining variance in the wrongness of promiscuity ratings. That’s not nothing, to be sure, but it’s not terribly substantial either.

In the second study, 4,626 participants from across the country answered these same basic questions, along with additional questions, like their (and their partner’s) personal income. Again, there was a small correlation (r = .23) between female economic dependence and wrongness of promiscuity judgments. Also again, when entered into a regression, as before, an additional 2% of the variance in these wrongness judgments was predicted by economic dependence measures. However, this effect became more substantial when the analysis was conducted at the level of the states, rather than at the level of individuals. At the state level, the correlation between female economic dependence and attitudes towards promiscuity now rose to r = .66, with the dependence measure predicting 9% of the variance of promiscuity judgments in the regression with the other control factors.

Worth noting is that, though a women’s personal income was modestly predictive of her attitudes towards promiscuity, it was not as good of a predictor as her perception of the dependence of women she knows. There are two ways to explain this, though they are not mutually exclusive: first, it’s possible that women are adjusting their attitudes so as to avoid condemnation of others. If lots of women rely on this kind of investment, then she could be punished for being promiscuous even if it was in her personal interests. As such, she adopts anti-promiscuity attitudes as a way of avoiding punishment preemptively. The second explanation is that, given our social nature, our allies are important to us, and adjusting our moral attitudes so as to gain and maintain social support is also a viable strategy. It’s something of the other side of the same social support coin, and so both explanations can work together. 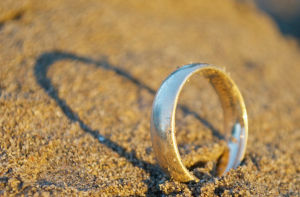 Finally, I wanted to discuss a theoretical contradiction I find myself struggling to reconcile. Specifically, in the beginning of the paper, the authors mention that females will sometimes engage in promiscuous behavior in the service of obtaining resources from multiple males. A common example of this kind of behavior is prostitution, where a woman will engage in short-term intercourse with men in explicit exchange for money, though the strategy need not be that explicit or extreme. Rather than obtaining lots of investment from a single male, then, a viable female strategy should be to obtain several smaller investments from multiple males. Following this line of reasoning, then, we might end up predicting that female economic dependence on males might increase promiscuity and, accordingly, lower moral condemnation of it, at least in some scenarios.

If that were the case, the pattern of evidence we might predict is that, when female economic dependence is high, we should see attitudes towards promiscuity become more bi-modal, with some women more strongly disapproving of it while others become more strongly approving. As such, looking at the mean impact of these economic factors might be something of a wash (as they kind of were on the individual level). Instead, one might be interested in looking at the deviations from the mean instead, and see if those areas in which female economic dependence is the greatest show a larger standard deviation from the average moralization value than those in areas of lower dependence. Perhaps there are some theoretical reasons that this is implausible, but none are laid out in the paper.