I’ve attended a number of talks on stereotypes; I’ve read many more papers in which the word was used; I’ve seen still more instances where the term has been used outside of academic settings in discussions or articles. Though I have no data on hand, I would wager that the weight of this academic and non-academic literature leans heavily towards the idea that stereotypes are, by in large, inaccurate. In fact, I would go a bit farther than that: the notion that stereotypes are inaccurate seems to be so common that people often see little need in ensuring any checks were put into place to test for their accuracy in the first place. Indeed, one of my major complaints about the talks on stereotypes I’ve attended is just that: speakers never mentioning the possibility that people’s beliefs about other groups happen to, on the whole, match up to reality fairly well in many cases (sometimes they have mentioned this point as an afterthought but, from what I’ve seen, that rarely translates into later going out and testing for accuracy). To use a non-controversial example, I expect that many people believe men are taller than women, on average, because men do, in fact, happen to be taller.

Pictured above: not a perceptual bias or an illusory correlation

This naturally raises the question of how accurate stereotypes – when defined as beliefs about social groups – tend to be. It should go without saying that there will not be a single answer to that question: accuracy is not an either/or type of matter. If I happen to think it’s about 75 degrees out when the temperature is actually 80, I’m more accurate in my belief than if the temperature was 90. Similarly, the degree of that accuracy should be expected to vary on the intended nature of the stereotype in question; a matter to which I’ll return later. That said, as I mentioned before, quite a bit of the exposure I’ve had to the subject of stereotypes suggests rather strongly and frequently that they’re inaccurate. Much of the writing about stereotypes I’ve encountered focuses on notions like “tearing them down”, “busting myths”, or about how people are unfairly discriminated against because of them; comparatively little of that work has focused on instances in which they’re accurate which, one would think, would represent the first step in attempting to understand them.

According to some research reviewed by Jussim et al (2009), however, that latter point is rather unfortunate, as stereotypes often seem to be quite accurate, at least by the standards set by other research in psychology. In order to test for the accuracy of stereotypes, Jussim et al (2009) report on some empirical studies that met two key criteria: first, the research had to compare people’s beliefs about a group to what that group was actually like; that much is a fairly basic requirement. Second, the research had to use an appropriate sample to determine what that group was actually like. For example, if someone was interested in people’s beliefs about some difference between men and women in general, but only tested these beliefs against data from a convenience sample (like men and women attending the local college), this could pose something of a problem to the extent that the convenience sample differs from the reference group of people holding the stereotypes. If people, by in large, have accurate stereotypes, researchers would never know if they make use of a non-represented reference group.

Within the realm of racial stereotypes, Jussim et al (2009) summarized the results of 4 papers that met this criteria. The majority of the results fell within what the authors consider “accurate” range (as defined by being 0-10% off from the criteria values) or near-misses (those between 10-20% off). Indeed, the average correlations between the stereotypes and criteria measures ranged from .53 to .93, which are very high, relative to the average correlation uncovered by psychological research. Even the personal stereotypes, while not as high, were appreciably accurate, ranging from .36 to .69. Further, while people weren’t perfectly accurate in their beliefs, those who overestimated differences between racial groups tended be balanced out by those who underestimated those differences in most instances. Interestingly enough, people’s stereotypes about group differences tended to be a bit more accurate than their within group stereotypes. 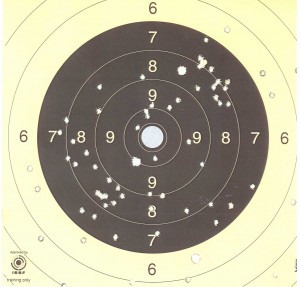 “Ha! Look at all that inaccurate shooting. Didn’t even come close”

The same procedure was used to review research on gender stereotypes as well, yielding 7 papers with larger sample sizes. A similar set of results emerged: the average stereotype was rather accurate, with correlations ranging between .34 to .98, most of which hovered in the range of .7. Individual stereotypes were again less accurate, but most were still heading in the right direction. To put those numbers in perspective, Jussim et al (2009) summarized a meta-analyses examining the average correlation found in psychological research. According to that data, only 24% of social psychology effects represent correlations larger than .3 and a mere 5% exceeded a correlation of .5; the corresponding numbers for averaged stereotypes were 100% of the reviewed work meeting the .3 threshold, and about 89% of the correlations exceeding the .5 threshold (personal stereotypes at 81% and 36%, respectively).

Now neither Jussim et al (2009) or I would claim that all stereotypes are accurate (or at least reasonably close); no one I’m aware of has. This brings us to the matter of when we should expect stereotypes to be accurate and when we should expect them to fall shorter of that point. As an initial note, we should always expect some degree of inaccuracy in stereotypes – indeed, in all beliefs about the world – to the extent that gathering information takes time and improving accuracy is not always worth that investment in the adaptive sense. To use a non-biological example, spending an extra three hours studying to improve one’s grade on a test from a 70 to a 90 might seem worth it, but the same amount of time used to improve from a 90 to a 92 might not. Similarly, if one lacks access to reliable information about the behavior of others in the first place, stereotypes should also tend to be relatively inaccurate. For this reason, Jussim et al (2009) note that cross-cultural stereotypes in national personalities tend to be among the most inaccurate, as people from, say, India, might have relatively little exposure to information about people from South Africa, and vice versa.

The second point to make on accuracy is that, to the extent that beliefs guide behavior and that behavior carries costs or benefits, we should expect beliefs to tend towards accuracy (again, regardless of whether they’re about social groups or the world more generally). If you believe, incorrectly, that group A is as likely to assault you as group B (the example that Jussim et al (2009) use involves biker gang members and ballerinas), you’ll either end up avoiding one group more than you need to, not being wary enough around one, or miss in both directions, all of which involves social and physical costs. One of the only cases in which being wrong might reliably carry benefits are contexts in which one’s inaccurate beliefs modifies the behavior of other people. In other words, stereotypes can be expected to be inaccurate in the realm of persuasion. Jussim et al (2009) make nods toward this possibility, noting that political stereotypes are among the least accurate ones out there, and that certain stereotypes might have been crafted specifically with the intent of maligning a particular group. 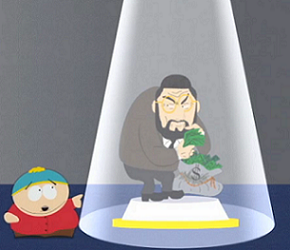 While I do suspect that some stereotypes exist specifically to malign a particular group, that possibility does raise another interesting question: namely, why would anyone, let alone large groups of people, be persuaded to accept inaccurate stereotypes? For the same reason that people should prefer accurate information over inaccurate information when guiding their own behaviors, they should also be relatively resistant to adopting stereotypes which are inaccurate, just as they should be when it comes to applying them to individuals when they don’t fit. To the extent that a stereotype is of this sort (inaccurate), then, we should expect that it not be widely held, except in a few particular contexts.

Indeed, Jussim et al (2009) also review evidence that suggests people do not inflexibly make use of stereotypes, preferring individuating information when it’s available: according to the meta-analyses reviewed, the average influence of stereotypes on judgments hangs around r = .1 (which does not, in many instances, have anything to say about the accuracy of the stereotype; just the extent of its effect); by contrast, individuating information had an average effect of about .7 which, again, is much larger than the average psychology effect. Once individuating information is controlled for, stereotypes tend to have next to zero impact on people’s judgments of others. People appear to rely on personal information to a much higher degree than stereotypes, and often jettison ill-fitting stereotypes in favor of personal information. In other words, the knowledge that men tend to be taller than women does not have much of an influence on whether I think a particular women is taller than a particular man.

When should we expect that people will make the greatest use of stereotypes, then? Likely when they have access to the least amount of individuating information. This has been the case in a lot of the previous research on gender bias where very little information is provided about the target individual beyond their sex (see here for an example). In these cases, stereotypes represent an individual doing the best they can with limited information. In some cases, however, people express moral opposition to making use of that limited information, contingent on the group(s) it benefits or disadvantages. It is in such cases that, ironically, stereotypes might be stereotyped as inaccurate (or at least insufficiently accurate) to the greatest degree.