Let’s say you’re a recent high-school graduate at the bank, trying to take out a loan to attend a fancy college so you can enjoy the privileges of complaining about how reading is, like, work, and living the rest of life in debt from student loans. A lone gunman rushes into the bank, intent on robbing the place. You notice the gunman is holding a revolver, meaning he only has six bullets. This is good news, as there happen to be 20 people in the bank; if you all rush him at the same time, he wouldn’t be able to kill more than six people, max; realistically, he’d only be able to get off three or four shots before he was taken down, and there’s no guarantee those shots will even kill the people they hit. The only practical solution here should be to work together to stop the robbery, right? 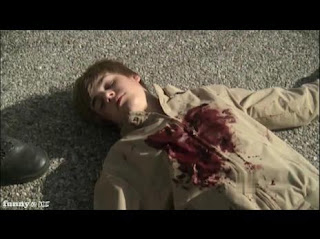 Look on the bright side: if you pull through, this will look great on your admissions essay.

The idea that evolutionary pressures would have selected for such self-sacrificing tendencies is known as “group selection”, and is rightly considered nonsense by most people who understand evolutionary theory. Why doesn’t it work? Here’s one reason: let’s go back to the bank. The benefits of stopping the robbery will be shared by everyone at the abstract level of the society, but the costs of stopping the robbery will be disproportionately shouldered by those who intervene. While everyone is charging the robber, if you decide that you’re quite comfortable hiding in the back, thank you very much, your chances of getting shot decline dramatically and you still get the benefit; just let it be somebody else’s problem. Of course, most other people should realize this as well, leaving everyone pretty uninclined to try and stop the robbery. Indeed, there are good reasons to suspect that free-riding is the best strategy (Dreber et al., 2008).

There are, unfortunately, some people who think group selection works and actually selects for tendencies to incur costs at no benefit. Fehr, Fischbacher, and Gachter (2002) called their bad idea “strong reciprocity”:

So the gist of the idea would seem to be (to use an economic example) that if you give away your money to people you think are nice – and burn your money to ensure that mean people’s money also gets burned – with complete disregard for your own interests, you’re going to somehow end up with more money. Got it? Me neither… 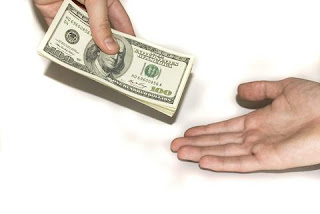 “I’m telling you, this giving away cash thing is going to catch on big time”

So what would drive Fehr, Fischbacher, and Gachter (2002) to put forth such a silly idea? They don’t seem to think existing theories – like reciprocal altruism, kin selection, costly signaling theory, etc – can account for the way people behave in laboratory settings. That, and existing theories are based around selfishness, which isn’t nice, and the world should be a nicer place. The authors seems to believe that those previous theories lead to predictions like: people should “…always defect in a sequential, one-shot [prisoner's dilemma]” when playing anonymously.That one sentence contains two major mistakes: the first mistake is that those theories most definitely do not say that. The second mistake is part of the first: they assume that people’s proximate psychological functioning will automatically fall in-line with the conditions they attempt to create in the lab, which it does not (as I’ve mentioned recently). While it might be adaptive, in those conditions, to always defect at the ultimate level, it does not mean that the proximate level will behave that way. For instance, it’s a popular theory that sex evolved for the purposes of reproduction. That people have sex with birth control does not mean the reproduction theory is unable to account for that behavior. Nevertheless, people do cooperate in experimental settings, even when cooperating is costly, the game is one-shot, there’s no possibility of being punished, and everyone’s ostensibly anonymous. This poses another problem for Fehr and his colleagues: their own theory predicts this shouldn’t happen either. Let’s consider an anonymous one-shot prisoner’s dilemma with a strong reciprocator as one of the players. If they’re playing against another strong reciprocator, they’ll want to cooperate; if they’re playing against a selfish individual, they’ll want to defect. However, they don’t know ahead of time who they’re playing against, and once they make their decision it can’t be adjusted. In this case, they run the risk of defecting on a strong reciprocator or benefiting a selfish individual while hurting themselves. The same goes for a dictator game; if they don’t know the character of the person they’re giving money to, how much should they give? 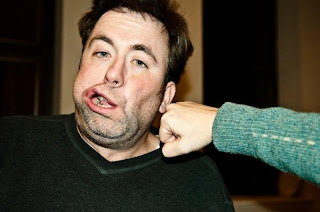 There was some chance he might of been being a dick…I think.

The main question for Fehr and his colleagues would then not be, “why do people reciprocate cooperation in the lab” – as reciprocal altruism and the proximate/ultimate distinction can already explain that without resorting to group selection – but rather, “why is there any cooperation in the first place?” The simplest answer to the question might seem to be that some people are prone to give the opposing player the benefit of the doubt and cooperate on the first move, and then adjust their behavior accordingly (even if they are not going to be playing sequential rounds). The problem here is that this is what a tit-for-tat player already does, and it doesn’t require group selection.

It also doesn’t look good for the theory of social preferences invoked by Fehr et al. (2002) when the vast majority of people don’t seem to have preferences for fairness and honesty when they don’t have to, as evidenced by 31 of 33 people strategically using an unequal distribution of information to their advantage in ultimatum games (Pillutla and Murnighan, 1995). In every case Fehr et al. (2002) looks at, outcomes have concrete values that everyone knows about and can observe. What happens when intentions can be obscured, or values misrepresented, as they often can be in real life? Behavior changes and being a strong reciprocator would be even harder. What might happen when the cost/punishment ratio changes from a universal static value, as it often does in real life (not everyone can punish others at the same rate)? Behavior will probably change again.

Simply assuming these behaviors are the result of group selection isn’t enough.The odds are better that the results are only confusing when their interpreter has an incorrect sense of how things should have turned out.