Gender bias can be something of a “sexy” topic for many; the kind of issue that can easily get large groups of people worked up and in the mood to express opinions full of anger, mockery, and the word “duh”. On a related note, there’s been an article going around by Moss-Rascusin et al (2012) concerning whether some science faculty members tend to be slightly biased in favor of men, relative to women, and whether said subtle biases might be responsible for some portion of some gender gaps. This paper, and some associated commentary, has brought to mind a few thoughts that I happen to find quite interesting; thoughts about bias that I would like to at least give some consideration amidst all the rest of the coverage this article has been getting. 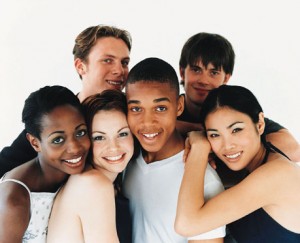 First one to encounter life-altering discrimination… wins, I guess…

First, about the study itself: Moss-Racusin et al (2012) sent out fake undergraduate materials (which included a brief statement about future goals and a little bit of background information regarding things like letters of recommendation and GRE scores) to 127 faculty members in either biology, chemistry, or physics departments. These materials differed only in terms of the name of applications (either John or Jennifer), and the faculty members were asked to evaluate the student, falsely believing that these evaluations would be used to help the student’s career development.The results of this experiment showed that the faculty members tended to rate the student’s competence and hireability lower when it was Jennifer, relative to John. Further, these faculty members offered more mentoring advice to John as well as recommending an annual salary of $4000 less to Jennifer, on average (though that salary was still around $25,000, which isn’t too bad…). Also, the faculty members tended to report that they liked Jennifer more.

What we have here looks like a straightforward case of sex-based discrimination. While people liked the woman more, they also saw her as less competent, at least in these fields particular fields, given identical credentials (even if these credentials were rather merge in scope). Off the top of my head, I see nothing glaringly wrong with this study, so I’m fine with accepting the results; there most certainly did seem to be a bias in this context, albeit not an overtly hostile one. There are, however. a few notes worthy of consideration: first, the authors don’t really examine why this bias exists. The authors suggest (i.e. say it’s reasonable…) that this bias is due to pervasive cultural stereotypes, but as far as I can see, that’s just an assertion; they really didn’t do anything to test in order to see if that’s the case here or not. Sure, they administered the “Modern Sexism Scale*”, but I have my reservations about precisely what that scale is supposed to be measuring. Like many studies in psychology, this paper is big on presenting and restating findings (people discriminate by sex because they’re sexist) but light on explanatory power.

Another interesting piece of information worthy of consideration that comes to mind relates to a previous paper, published the same journal one year prior. Ceci & Williams (2011) documented an impressive amount of evidence that ran counter to claims of women being discriminated against in science fields in terms of having their manuscripts reviewed, being awarded grant funding, and also being interviewed and subsequently hired (at least in regards to PhDs applying for tenure-track positions at R1 institutions in the natural sciences). When discrimination was found in their analysis, it was typically fleeting in size, inconsistent in which gender it favored, and, further, it often wasn’t found at all. So, potentially, the results of the current paper, which are themselves rather modest in size, could just be a fluke, resulting from how little information about these applicants was provided (in other words, faculty members might have been falling back on sex as an important source of information, given that they lacked much else in the way of other useful information). While Moss-Racusin et al (2012) suggest that the subtle biases they found might translate into later discrimination resulting in gender gaps, it would require a fairly odd pattern of discrimination, where, on the one hand, women are discriminated against in some contexts because they’re viewed as less competent, but then are subsequently published, awarded grants, and hired at the same rate as men anyway, despite those perceptions (which could potentially be interpreted as suggesting that the standards are subsequently set lower for women). 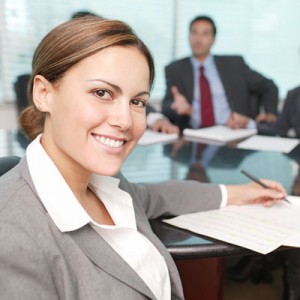 “Our hiring committee has deemed you incompetent as a researcher; welcome aboard!”

Peculiar patterns of how and when discrimination would need to work aside, there’s another point that I found to be the most interesting of all, and it’s the one I was hoping to focus on. This point comes in the form of a comment made by Jerry Coyne over at Why Evolution Is True. Coyne apparently finds it very surprising that this bias against women in the Moss-Racusin et al (2012) paper was displayed in equal force by both male and female faculty members. Coyne later repeats his surprise in a subsequent post on the topic, so this doesn’t just appear to be a slip on the keyboard; he really was surprised. What I find so interesting about this surprise is what it would seem to imply: the default assumption is that when a woman is being discriminated against, a man ought to be the culprit.

Granted, that interpretation takes a little bit of reading between the lines, but there’s something to it, I feel. There must have been some expectation that was violated in order for there to be surprise, so if that wasn’t Coyne’s default assumption, I would be curious as to what his assumption was. I get the sense that this assumption would not be limited to Coyne, however; it seems to have come up in other areas as well, perhaps most notably in the case of the abortion issue. Abortion debates often get framed as part of “The War on Women”, with opposition to abortion being seen as the male side and support for abortion being seen as the female side. This is fairly interesting considering the fact that men and women tend to hold very similar views on abortion, with both groups opposing it roughly as often as they support it.

If I had to guess at the underlying psychology behind that read-in assumption (assuming my assessment is correct), it would go something like this: when people perceive a victim, they’re more or less required to perceive a perpetrator as well; it’s a requirement of the cognitive moral template. Whether that perpetrator actually exists or not can be beside the point, but some people are going to look like better perpetrators than others. In this specific instance, when women, as a group, are supposed to be the victims, that really only leaves non-women as potential perpetrators. This is due to two major reasons: first, men may make better perpetrators in general for a variety of reasons and, second, the parties represented in this moral template for perpetrator and victim can’t be the same party; if you want an effective moral claim, you can’t be a victim of yourself. A tendency to assume men are the culprits when women are supposed to be the victims could be further exacerbated in the event that women are also more likely to be seen as victims generally. 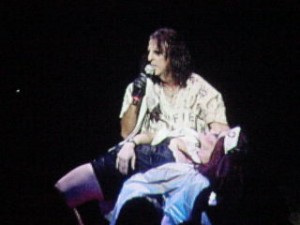 An observation made by Alice Cooper (1975) when he penned the line, “Only women bleed…”

The larger point is, assuming that all the effects reported in the Moss-Racusin et al (2012) study were accurately detected and consistently replicated, there are two gender biases reported here: Jennifer is rated as less competent and John is rated as less likable, both strictly on gendered grounds. However, I get the impression that only one of those biases will likely be paid much mind, as has been the case in pretty much all the reporting about the study. While people may talk about the need to remedy the bias against women, I doubt that those same people will be concerned about bridging the “likability gap” between men and women as well. It would seem that ostensible concerns for sexism can be, ironically, inadvertently sexist themselves.

*[EDIT] As an aside, it’s rather odd that the Modern Sexism Scale only concerns itself with (what it assumes is) sexism against women specifically; nothing in that scale would in anyway appear to assess sexism against men.

13 comments on “Some Thoughts On Gender Bias In Academia”