When reading psychology papers, I am often left with the same dissatisfaction: the lack of any grounding theories in them and their inability to deliver what I would consider a real explanation for their findings. While it’s something I have harped on for a few years now, this dissatisfaction is hardly confined to me, as others have voiced similar concerns for at least around the last two decades, and I suspect it’s gone on quite a bit longer than that. A healthy amount of psychological research strikes me as empirical bathwater without a theoretical baby, in a manner of speaking; no matter how interesting that empirical bathwater might be – whether it’s ignored or the flavor of the week – almost all of it will eventually be thrown out and forgotten if there’s no baby there. Some new research that has crossed my eyes a few times lately follows that same trend; a paper examining the reactions of individuals who were feeling powerful to inequality that disadvantaged them or others. I wanted to review that paper today and help fill in the missing sections from it where explanations should go.

Next step: add luxury items, like skin and organs

The paper, by Sawaoka, Hughes, & Ambady (2015), contained four or five experiments – depending on how one counts a pilot study – in which participants were primed to think of themselves as powerful or not. This was achieved, as it so often is, by having the participants in each experiment write about a time they had power over another person or about a time that other people had power over them, respectively. In the first pilot study, about 20 participants were primed as powerful and another 20 primed as relatively powerless. Subsequently, they were told they would be playing a dictator game with another person, in which the other person (who was actually not a person) would be serving as the dictator in charge of dividing up 10 experimental tokens between the two; tokens which, presumably, were supposed to redeemed for some kind of material reward. Those participants who had been primed to feel more powerful expected to receive a higher average number of these tokens (M = 4.2) relative to those primed to feel less powerful (M = 2.2). Feeling powerful, it seemed, lead to participants expecting better treatment from others.

The next two studies followed pretty much the same format and echoed the same conclusion, so I don’t want to spend too much time on their details. The final experiment, however, examined not just reaction times to assessments of equality, but rather how quickly participants were willing to do something about it. In this case, participants were told they were being paid by an experimental employer. The employer to whom they were randomly assigned would be responsible for distributing a payment amount between them and two other participants over a number of rounds (just like the experiment I just mentioned). However, participants were also told that there were other employers they could switch to if they wanted after each round. The question of interest, then, was how quickly participants would switch away from employers who disfavored them. Those participants that were primed to feel powerful didn’t wait around very long in the face of unfair treatment that disfavored them, leaving after the first round, on average; by contrast, those primed to feel less powerful waited about 3.5 rounds to switch if they were getting a bad relative deal. If the inequality favored them, however, the powerful participants were about as likely to stay over time as the less powerful ones. In short, those who felt powerful not only recognized poor treatment of themselves (but not others) quicker, they also did something about it sooner. 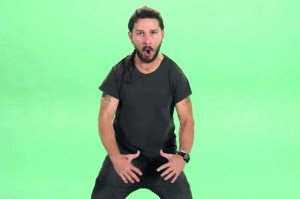 They really took Shia’s advice about doing things to heart

These experiments are quite neat, but, as I mentioned before, they are missing a deeper explanation to anchor them anywhere.. Sawaoka, Hughes, & Ambady (2015) attempt an explanation for their results, but I don’t think they get very far with it. Specifically, the authors suggest that power makes people feel entitled to better treatment, subsequently making them quicker to recognize worse treatment and do something about it. Further, the authors make some speculations about how unfair social orders are maintained by powerful people being motivated to do things that maintain their privileged status while the disadvantaged sections of the population are sent messages about being powerless, resulting in their coming to expect unfair treatment and being less likely to change their station in life. These speculations, however, naturally yield a few important questions, chief among which being, “if feeling entitled yields better treatment on the part of others, then why would anyone ever not feel that way? Do, say, poor people really want to stay poor and not demand better treatment from others as well?” It seems that there are very real advantages being forgone by people who don’t feel as entitled as powerful people do, and we would not expect a psychology that behaved that way – that just avoided taking welfare benefits – to have been selected for.

In order to craft something approaching a real explanation for these findings, then, one would need to begin with a discussion about some possible trade-offs that have to be made: if feeling entitled was always good for business, everyone would feel entitled all the time; since they don’t, there are likely some costs associated with feeling entitled that, at least in certain contexts, prevents its occurrence. One of the most likely trade-offs involves the costs associated with conflict: if you feel you’re entitled to a certain kind of treatment you feel you’re not receiving, you need to take steps to ensure the correction of that treatment, since other people aren’t exactly expected just going to start giving you more benefits for no reason. To use a real life example, if you feel your boss isn’t compensating you properly for your work, you need to demand a raise, threatening to inflict costs on him – such as your quitting – if your demands aren’t met.

The problems with such a course of action are two-fold: first, your boss might disagree with your assessment and let you quit, and losing that job could pose other, very real costs (like starving and homelessness). Sometimes an unfair arrangement is better than no arrangement at all. Second, the person with whom you’re bargaining might attempt to inflict costs on you in turn. For instance, if you begin a dispute with law enforcement officers because you believe they have treated you unfairly and are seeking to rectify that situation, they might encourage your compliance with the arrangement with a well-placed fist to your nose. In other words, punishment is a two-way street, and trying to punish stronger individuals – whether physically or socially stronger – is often a poor course of action to take. While “punching-up” might be appealing to certain sensitivities in, say, comedy, it works less well when you’re facing down that bouncer with a few inches and a few dozens pounds of muscle on you. 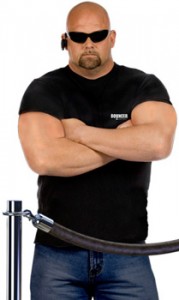 Indeed, this is the same kind of evolutionary explanation offered by Sell, Tooby, & Cosmides (2009) for understanding the emotion of anger and its associated entitlement: one’s formidability – physically and/or socially – should be a key factor in understanding the emotional systems underlying how they resolve their conflicts; conflicts which may well have to do with distributions of material resources. Those who are better suited to inflict costs on others (e.g., the powerful) are also likely to be treated better by others who wish to avoid the costs of conflicts that accompany poor treatment. This could suggest, however, that making people feel more powerful than they actually are would, in the long-term, tend to produce quite a number of costs for the powerful-feeling, but actually-weak, individuals: making that 150-pound guy think he’s stronger than the 200-pound one might encourage the former to initiate a fight, but not make him more likely to win it. Similarly, encouraging your friend who isn’t that good at their job to demand that raise could result in their being fired. In other words, it’s not that social power structures in society are maintained simply on the basis of inertia or people getting sent particular kinds of social messages, but rather that they reflect (albeit imperfectly) important realities in the actual value people are able to demand from others. While the idea that some of the power dynamics observed in the social world reflect non-arbitrary differences between people might not sit well with certain crowds, it is a baby capable of keeping this bathwater around.