“A lie can travel halfway around the world while the truth is putting on its shoes” – Mark Twain.

I had planned on finishing up another post today (which will likely be up tomorrow now) until a news story caught my eye this morning, changing my plans somewhat. The news story (found on Alternet) is titled, “Evidence shows that female genital cutting is a growing phenomenon in the US“. Yikes; that certainly sounds worrying. From that title, and subsequent article, it would seem two things are likely to inferred by the reader: (1) There is more female genital cutting in the US in recent years than there was in the past and (2) some kind of evidence supports that claim. There were several facets of the article that struck me as suspect, however, most of which speak to the second point: I don’t think the author has the evidence required to substantiate their claims about FGC. Just to clear up a few initial points, before moving forward with this analysis, no; I’m not trying to claim that FGC doesn’t occur at all in the US or on overseas trips from the US. Also, I personally oppose the practice in both the male and female varieties; cutting pieces off a non-consenting individual is, on my moral scale, a bad thing. My points here only concern accurate scholarship in reporting. They also raise the possibility that the problem may well be overstated – something which, I think, ought to be good news. 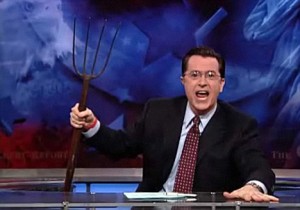 It means we can start with just the pitchforks; the torches aren’t required…yet.

So let’s look at the first major alarmist claim of the article: there was a report put out by the Sanctuary for Families that claimed approximately 200,000 women living in the US were living in risk of genital cutting. That number sounds pretty troubling, but the latter part of the claim sounds a bit strange: what does “at risk” mean? I suppose, for instance, that I’m living “at risk” of being involved in a fatal car accident, just as everyone else who drives a car is. Saying that there are approximately 200,000,000 people in the US living at risk of a fatal car crash is useless on its own, though: it requires some qualifications. So what’s the context behind the FGC number? The report itself references a 1997 paper by the CDC that estimated between 150,000 and 200,000 women in the US were at risk of being forced to undergo FGC (which we’ll return to later). Given that the reference for claim is a paper by the CDC, it seems very peculiar that the Sanctuary for Families attaches a citation that instead directs you to another news site that just reiterates the claim.

This is peculiar for two reasons: first, it’s a useless reference. It would be a bit like my writing down on a sheet of paper, “I think FGC is one the rise” because I had read it somewhere, and then referencing the fact that I wrote that down when I say it again the next time.Without directing one the initial source of the claim, it’s not a proper citation and doesn’t add any information. The second reason that the reference is peculiar is that the 1997 CDC paper (or at least what I assume is the paper) is actually freely available online. It took me all of 15 seconds to find it through a Google search. While I’m not prepared to infer any sinister motivation on the Sanctuary for Families for not citing the actual paper, it does, I think speak to the quality of scholarship that went into drafting the report, and in a negative way. It makes one wonder whether they actually read the key report in the first place.

Thankfully, it does finally provide us with the context as to how the estimated number was arrived at. The first point worth noting is that the estimate the paper delivers (168,000) is a reflection of people living in the US who had either already undergone the procedure before they moved here or who might undergo it in the future (but not necessarily within the US). The estimate is mute on when or where the procedure might have taken place. If it happened in another country years or decades ago, it would be part of this estimate. In any case, the authors began with the 1990 census data of the US population. On the census, respondents were asked about their country of origin and how long they lived in the US. From that data, the authors then cross-referenced the estimated rates of FGC in people’s home countries to estimate whether or not they were likely to have undergone the procedure. Further, the authors made the assumption in all of this that immigrants were not unique from the population from which they were derived with respect to their practicing of FGC: if 50% of the population in a families’ country of origin practiced it, then 50% of immigrants were expected to have practiced it or might do so in the future. In other words, the 168,000 number is an estimate, based on other estimates, based on an assumption.

It’s an impressive number, but I worry about its foundation.

I would call this figure, well, a very-rough estimate, and not exactly solid evidence. Further, it’s an estimate of FGC in other countries; not in the US. The authors of the CDC paper were explicit about this point, writing, “No direct information is available on FGC in the United States”. It is curious, then, that the Sanctuary report and the Alternet article both reference the threat of FGC that girls in the US face while referencing the CDC estimate. For example, here’s how the Sanctuary report phrased the estimate:

In 1997, however, the Centers for Disease Control and Prevention (CDC) estimated that as many as 150,000 to 200,000 girls in the United States were at risk of being forced to undergo female genital mutilation.

See the important differences? The CDC estimate wasn’t one concerning people at risk of being forced to undergo the practice; it was an estimate of people who might undergo it and whom might have already undergone it at some point in the past in some other country. Indeed, the CDC document could more accurately be considered an immigration report, rather than an paper on FGC itself. So, when the Sanctuary report and Alternet article suggest that the number of women at risk for FGC is rising, what they appear to mean is that immigration from certain countries where the practice is more common is rising, but that doesn’t seem to have quite the same emotional effect. Importantly, the level of risk isn’t ever qualified. Approximately 200,000,000 people are “at risk” of being involved in a fatal car crash; how many of them actually are involved in one? (about 40,000 a year and on the decline). So how many of the 168,000 women “at risk” for FGC already had one, how many might still be “at risk”, and how many of those “at risk” end up actually undergoing the procedure? Good evidence is missing on these points.

This kind of not-entirely-accurate reporting remind me of a piece by Neuroskeptic on what he called “sexed-up statistics”. These are statistics presented or reported on in such a way as to make some problem seem as bad as possible, most likely in the goal of furthering some social, political, or funding goals (big problems attract money for their solution). It’s come up before in the debate over the wage-gap between men and women, and when considering the extent of rape among college-aged (and non-college aged) women, to just name two prominent cases. This ought not be terribly surprising in light of the fact that the pursuit of dispassionate accuracy is likely not the function of human reasoning. The speed with which people can either accept or reject previously-unknown information (such as the rate of FGC in the US and whether it’s a growing problem) tells us that concerns for accuracy per se are not driving these decisions. This is probably why the initial quote by Mark Twain carries the intuitive appeal that it does. 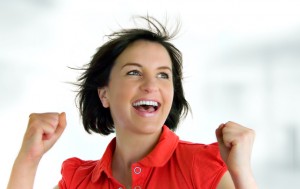 “Everyone but me and the people I agree with are so easily fooled!”

FGC ought to be opposed, but it’s important to not let one’s opposition for it (or, for that matter, one’s opposition or support for any other specific issue) get in the way of accurately considering and reporting on the evidence at hand (or al least doing the best one can in that regard). The evidence – and that term is used rather loosely here – presented certainly does not show that illegal FGC is a “growing phenomenon in the US”, as Jodie at Alternet suggests. How could the evidence even already show it was a growing problem if one grants that determining the initial and current scope of the problem hasn’t been done and couldn’t even feasibly be done? As far as the “evidence” suggests, the problem could be on the rise, on the decline, or have remained static. One of those options just happens to make for the “sexier” story; the story more capable of making its way halfway around the world in an instant.