Diversity is one of the big buzzwords of the recent decades. Institutions, both public and private, often take great pains to emphasize their inclusive stances and colorful cast of a staff. I have long found the displays of diversity to be rather queer in one major respect, however: they almost always focus on diversity in the realms of race and gender. The underlying message behind such displays would seem to suggest that men and women, or members of different ethnic groups, are, in some relevant psychological respects, different from one another. What’s strange about that idea is that, as many of the same people might also like to point out, there’s less diversity between those groups than within them, while others are entirely uncomfortable with the claim of sex or racial differences from the start. The ambivalent feelings many people have surrounding such a message were captured well by Principle Skinner on The Simpsons:

Regardless of how one feels about such a premise, the fact remains that diversity in race or gender per se is not what people are seeking to maximize in many cases; they’re trying to increase diversity of thought (or, as Maddox put it many years ago: “people who look different must think different because of it; otherwise, why the hell embrace anything? Why not just assume that diversity comes from within, regardless of their skin color, sex, age or religion?“) 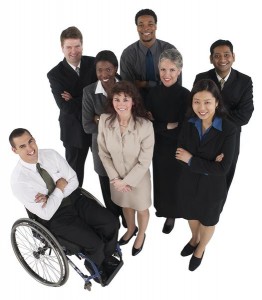 Renting that wheel chair was a nice touch, but it’s time to get up and return it before we lose the deposit

If diversity in perspective is what most people are after when they talk about seeking diversity, it seems like it would be a reasonable step to assess people’s perspectives directly, rather than trying to use proxies for it, like race and gender (or clothing, or hair styles, or musical tastes, or…). If, for instance, one was hiring a number of people for a job involving problem solving, it’s quite possible for the person doing the hiring to select a group of men and women from different races who all end up thinking about things in pretty much the same way: not only would the hires likely have the same kinds of educational background, but they’d probably also have comparable interests since they applied for the same job. On top of that initial similarity the person doing the hiring might be partial towards those who hold agreeable points of view. After all, why would you hire someone who holds a perspective you don’t agree with? It sounds as if that decision would make work that much more unpleasant during the day-to-day operations of the company, even if it was irrelevant to the work they do.

Speaking of areas in which diversity of thought seem to be lacking in certain respects, an interesting new paper from Duarte et al (2015) puts forth the proposition that social psychology – as a field – isn’t all that politically diverse, and that’s probably something of a problem for research quality. For example, if social psychologists can be said to be a rather politically homogeneous bunch, this could result in particular (and important) questions not being asked as a result of how that answer might pan out for the images of liberals and their political rivals. After all, if the conclusions of psychology research, by some happy coincidence, tend to demonstrate that liberals (and, by extension, the liberal researchers conducting it) happen to have a firm grasp on reality, whereas their more conservative counterparts are hopelessly biased and delusional, all the better for the liberal group’s public image; all the worse for the truth value of psychological research, however, if those results are obtained by only asking about scenarios in which conservatives, but not liberals, are likely to look biased. If some liberal assumptions about what is right or good are shaping their research to point in certain directions, we’re going to end up making a number of unwarranted interpretative conclusions.

The problems could mount further if the research purporting to deliver conclusions counter to certain liberal interests is reviewed with disproportionate amounts of scrutiny, whereas research supporting those interests is given a pass when their methods are equivalent or worse. Indeed, Duarte et al (2015) discuss some good reasons to think this might be the state of affairs in psychology, not least of which is that quite a number of social psychologists will explicitly admit they would discriminate against those who do not share their beliefs. When surveyed about their self-assessed probability of voting either for or against a known conservative job applicant (when both alternatives are equally qualified for the job), about 82% of social psychologists indicated they would be at least a little more likely to vote against the conservative hire, with about 43% indicating a fairly high degree of certainty they would (above the midpoint of the scale). These kinds of attitudes might well dissuade more conservatives from wanting to enter the field, especially given that the liberals likely to discriminate against them outnumber the conservatives by about 10-to-1. 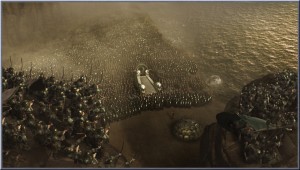 Not to put too fine of a point on it, but if these ratios were discovered elsewhere – say, a 10:1 ratio of men to women in a field, and about half of the men explicitly say they would vote against hiring women – I imagine that many social psychologists would tripping over themselves to try and inject some justice and moral outrage into the mix. Compared with some other explicit racist tendencies (4% of respondents wouldn’t vote for a black presidential candidate), or sexist ones (5% wouldn’t vote for a woman), there’s a bit of a gulf in discrimination. While the way the question is asked is not quite the same, social psychologists might be about as likely to want to vote for the conservative job candidate as Americans are to vote for a Muslim or an atheist if we assumed equivalence (which is is to say “not very”).

It is at least promising, then, to see that the reactions to this paper were fairly universal in at least recognizing that there might be something of a political diversity problem in psychology, both in terms of its existence and possible consequences. There was more disagreement with respect to the cause of this diversity problem and whether including more conservative minds would increase research quality, but that’s to be expected. I – like the authors – am happy enough that even social psychologists, by in large, seem to accept that social psychology is not all that politically diverse and that such a state of affairs is likely – or at least potentially – harmful to research in some respects (yet another example where stereotypes seem to track reality well).

That said, there is another point to which I want to draw attention. As I mentioned initially, seeking diversity for diversity’s sake is a pointless endeavor, and one that is certainly not guaranteed to improve the quality of work produced. This is the case regardless of the criteria on which candidates are selected, be they physical, political, or something else.  For example, psychology departments could strive to hire people from a variety of different cultural or ethnic groups, but unless those new hires are better at doing psychology, this diversity won’t improve their products. Similarly, psychology departments could strive to hire people with degrees in other fields, like computer science, chemistry, and fine arts; that would likely increase the diversity of thought in psychology, but since there are many more ways of doing poor psychology than there are of doing good psychology, this diversity in backgrounds wouldn’t necessarily be desirable.

Say “Hello” to your new collaborators

Put bluntly, I wouldn’t want people to begin hiring those from non-liberal groups in greater numbers and believe this will, de facto, improve the quality of their research. More specifically, while greater political diversity might, to some extent, reduce the number of bad research projects by diluting or checking existing liberal biases, I don’t know that it would increase in the number of good papers substantially; the relative numbers might change, but I’m more concerned with the absolutes, as a field which fails to produce quality research in sufficient quantities is not demonstrating much value (just like how the guy without a particular failing doesn’t necessarily offer much as a dating prospect). In my humble (and no doubt biased, but not necessarily incorrect) view, there is an important dimension of thought along which I do not wish psychologists to differ, and that is in their application of evolutionary theory as a guiding foundation for their work. Evolutionary theory not only allows one to find previously unappreciated aspects of psychological functioning by considerations of adaptive value, but also allows for building on previous research in a meaningful way and for the effective rooting out of problematic underlying assumptions. In that sense, even failed research projects can contribute in a more meaningful way when framed in an evolutionary perspective, relative to failed projects lacking one.

Evolutionary theory is by no means a cure-all for the bias problem; people will still sometimes get caught up trying to rationalize behaviors or preferences they morally approve of – like homosexuality – as adaptive, for example. In spite of that, I do not particularly hope to see a diversity of perspectives in psychology regarding the theoretical language we all ought to speak by this point. There are many more ways to think about psychology unproductively than there are of doing it well, and more diversity in those respects will make for a much weaker science.