Perceiving the world does not typically strike people as a particularly demanding task. All you need to do is open your eyes to see, put something in your mouth to taste, run your hand along an object to feel, and hearing requires less effort still. Perhaps somewhat less appreciated but similar in spirit is the ease with which other kinds of social perceptions are generated, such a perceiving a moral dimension and intentions in the behavior of others. Unless the cognitive mechanisms underlying such perceptions are damaged, all this perceiving feels as if it takes place simply, easily, and automatically. It would be strange for someone to return home from a long day of work and complain that their ears can’t possibly listen to anything else, as they’re too worn out (quite a different complaint from not wanting to listen to someone’s particular speech about their day). Indeed, we ought to expect such processes to work quite efficiently and quickly, owing the historical adaptive value of generating such perceptions. Being able to see and hear, as well as read the minds of others, turn out to be pretty important tasks when it comes to the day-to-day business of survival and reproduction. If one was unable to accomplish such goals quickly and automatically, they would frequently find themselves suffering costs they could have avoided. 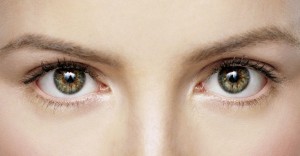 “Nothing to it; I can easily perceive the world all day”

That these tasks might feel easy – in fact, perception often doesn’t feel like anything at all – does not mean they are actually easy, either computationally or, importantly, metabolically. Growing, maintaining, and running the appropriate cognitive and physiological mechanisms for generating perception is not free for a body to do. Accordingly, we ought to expect that these perceptual mechanisms are only maintained in the population to extent that they are continuously useful for doing adaptive things. Now for us the value of hearing or seeing in our environment is unlikely to change, and so these mechanisms are maintained in the population. However, that status quo is not always maintained in different species or across time. One example I used for my undergraduate evolutionary psychology course of when this is not the case involves cave-dwelling organisms; specifically, organisms which did not always live in caves exclusively, but came to reside there over time.

What’s notable about these underground caves is that light does not reach the creatures that live there regularly. Without any light, the physiological mechanisms designed to process such information – specifically, the eyes – no longer grant an adaptive benefit to the cave-dwellers. Similarly, the neural tissue required for processing this visual information would not provide any advantage to the bearer either. When that adaptive value of vision is removed, the value of growing the eyes and associated brain regions are compromised and, as a result, many cave-dwelling species either fail to develop eyes altogether, or develop reduced, non-functional ones. Similarly, if there’s no light in the environment, other organisms cannot see you, resulting in many of these cave dwellers losing any skin pigmentation as well. (In a parallel fashion, people tend to lose track of their grooming and dressing habits when they know they aren’t going to leave the house. Now just imagine you would never leave the house again…)

Some recent research attempted to estimate the metabolic costs avoided by cave-dwelling fish who fail to develop functioning eyes and possess a reduced optic tectum (the brain region associated with vision in the surface-dwelling varieties). To do so, researchers removed the brains from surface and cave varieties of Pachon fish and placed them in individual respirator chambers. The oxygenated fluid that filled these chambers was replaced every 10 minutes, allowing measurements to be taken on how much oxygen was consumed by each brain over time. The floating brain/eyes of the surface fish consumed about 23% of the fish’s  estimated resting metabolism (for smaller fish; for larger fish, this percentage was closer to 10%). By contrast, the eyeless brains of the cave fish only consumed about 10% of their metabolism (again, for the smaller fish; larger fish used about 5%). Breaking the numbers down for an estimate of vision specifically, the cost of vision mechanisms was estimated to be about 5-15% of the resting metabolism in the surface fish. The cost of vision, it would seem, is fairly substantial.

Much better; just think of the long-term savings!

It is also worth noting that the other organs (hearts, digestive systems, and gonads) of the fish did not tend to differ between surface and cave dwelling varieties, suggesting that the selective pressure against vision was rather specific, as one should expect, given the domain-specific nature of adaptive problems: just because you don’t have to see, it doesn’t mean you don’t have to circulate blood, eat, and mate. One lesson to take from the current results, then, is to appreciate that adaptive problems are rather specific, instead of being more general. Organisms don’t need to just “do reproductively useful things”, as such a problem space is too under-specified to result in any kind of useful adaptations. Instead, organisms need to do a variety of specific things, like avoid predators, locate food, and remove rivals (and each of those larger class of problems are made up of very many sub-problems).

The second, and larger, important point to draw out from this research is that all features of an organism – from physiological to cognitive – are not free to develop or use. While perceptions like vision, taste, morality, theory of mind, and so on might feel as if they come to us effortlessly, they certainly do not come free. Vision might not feel like lifting weight or going on a run, but the systems required to make it happen need fuel all the same; quite a lot of it, in fact, if the current results are any indication. The implication of this is idea is that we are not allowed to take perceptions, or other psychological functioning, for granted; not if we want to understand them, that is. It’s not enough to say the such feelings or perceptions are “natural” or, in some sense, the default. There need to be reproductively-relevant benefits the justify the existence of any cognitive mechanisms. Even a relatively-minor but consistent drain on metabolic resources can become appreciable when considered over the span of an organism’s life.

To apply this thinking to a topic I’ve written about recently, we could consider stereotypes briefly. There are many psychologists who – and I am glossing this issue broadly – believe that the human mind contains mechanisms for generating beliefs about other groups which end up being, in general, very wrong. A mechanism which uses metabolic resources to generate beliefs that do not correspond well to reality would be a strange find indeed; kind of like a visual mechanism in the surface fish that does not actually result in the ability to navigate the world successfully. When it comes to the related stereotype threat, there are researchers positing the existence of a cognitive mechanism that generates anxiety in response to the existence of stereotypes that result in their bearer performing worse at socially-important tasks. Now you have a metabolically costly cognitive mechanism which seems to be handicapping its host. These would be strange mechanisms to posit the existence of when one is not making (or testing) claims about how and why they might compensate their bearer in other, important ways. It is when you stop taking the existence of cognitive functioning for granted and need to justify it that new, better research questions and clearer thinking about the matter will begin to emerge.