Many years ago, the initial inspiration for beginning my blog was a critique I had written of the logic underlying a Lady Gaga song, “Born This Way,” which I felt committed itself firmly to the naturalistic fallacy (it’s also where the namesake of the site came from: Pop Psychology, or the psychological theory found within a pop song). Specifically, I felt that many aspects of the development of homosexuality (both the male and female varieties) were not as well understood as they should be in order to make some of the claims that many people felt confident in expressing. Today, however, I’m pleased to report on some new – and very interesting – research that might pave the way for furthering that understanding. Many important questions still remain regarding how to interpret the results of this research, but I believe that they are certainly looking in the right places for useful leads. 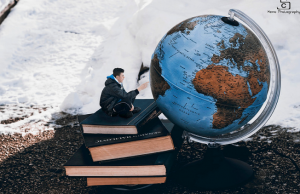 “Ur-u-guay, huh? Sounds like as good as place to start as any…”

There’s a lot to discuss regarding the results of the paper (Skorska et al, 2016), so I wanted to jump right into it. The researchers were examining the possibility that a maternal immune response might play a key role in the developmental of a homosexual orientation in males. This effect is said to be the result of the mother’s immune system having a maladaptive reaction to the male-specific proteins associated with the Y-chromosome during pregnancy. Effectively, then, the mother’s immune system would (sometimes) treat certain male proteins produced by the fetus as a foreign pathogen and attempt to attack it, resulting in a few quirks of development, such as a homosexual orientation or even fetal loss if the reaction was strong enough (i.e. miscarriages). Already there is a lot to like about this hypothesis on a theoretical level, as it doesn’t posit any hidden adaptive benefits for a homosexual orientation (as such proposed benefits have not received sound empirical support historically). The question remains as to how to test for this kind of an effect, however. The method that the authors use is a rather simple one: examining maternal reports of fetal loss and birth weights. The logic here is that higher rates of fetal loss and lower birth weights both index perturbations in development. As such, they could provide indirect evidence for some kind of maternal immune response doing the causing.

Next, the authors sought to compare birth weight between the former groups. As birth weight tends to increase over successive pregnancies, the comparisons were limited to first live-born sons only (n = 63); this left 4 gay male only-children, 7 gay males with no older brothers, 14 heterosexual males with gay younger brothers, 10 heterosexual male only-children, and 28 heterosexual males with siblings. The results mirrored those of the fetal-loss data: mothers of gay male only-children tended to give birth to infants that weighed significantly less (M = 2970 grams), than all other groups (d = 1.21), which did not differ (respective Ms = 3713, 3489, 3506, and 3633). This was the case despite the duration of pregnancies not differing between any of the groups. 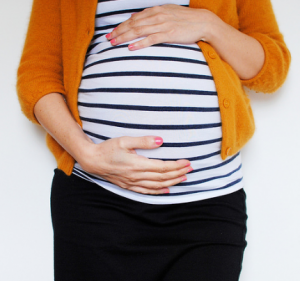 “Please just get out of me”

In sum, then, mothers of gay male only-children tended to have a greater number of miscarriages and give birth to significantly lighter offspring than mothers of other kinds. While it’s important to not get carried away with this finding given the relatively small sample size (I wouldn’t put too much stock in an N of 8), there is some suggestive evidence here worth pursuing further that something might be going awry with fetal development in the case of gay male offspring. That said, I’m going to assume for a moment that these results are indicative of more general patterns in order to speculate about what they could mean.

In general, these results present us with more questions than answers concerning both what might be going on, as well as why it is happening. The first question that comes to mind is why this effect seemed to be specific to gay male only-children, rather than gay male children with siblings? Skorska et al (2016) posit that this might have something to do with some mothers showing a greater immune response against male offspring, resulting in more fetal loss, the net result being that such mothers are both less likely to have any children at all and more likely to have gay male children in particular. While that might have some degree of plausibility to it, it seems that such an effect should be male-specific, and not expected to impact the number of live female births a mother has. In other words, mothers with gay male offspring should be expected to have proportionately more female children owing to a greater male fetal loss. I don’t know of any data bearing on that point, but it seems easy enough to obtain. If mothers of gay men do not tend to have a greater ratio of female-to-male offspring, this would cast some doubt on the explanation (and, since the only data I’ve heard reports that gay men tend to have more older brothers, it seems they would have noticed the sister point by now if it existed). On the other hand, if this is a more general immune reaction against fetal bodies, regardless of their sex, we would not expect such a pattern (it might also predict that mothers taking immunosuppressants would be less likely to have gay offspring/miscarry, but things are unlikely to be that simple owing to the fact that other effects would result too).

Another piece worth considering is the twin data on homosexuality. Identical male twins – those who share both their genetics and maternal fetal environment – only show a concordance rate of homosexuality of approximately 30%. The extent to which this complicates the maternal immune hypothesis is hard to say: it could be possible that one twin tends to get exposed to the brunt of these maternal antibodies despite both being approximately as vulnerable to them, but that remains to be seen.

On a broader, theoretical level, however, the maternal immune response hypothesis raises an important question. As far as I’m aware, homosexual preferences (not the occasional behavior) do not appear to be well documented in nonhuman species; the only exception I’m aware of is Rams. If it is truly the case that maternal immune responses are the drivers of homosexual development in humans, if would be very curious that similar outcomes don’t appear to obtain across at least other mammalian species. I suppose it’s possible that these outcomes do occur in other species and it’s just the case that no one has really noticed it yet, but I doubt that’s very likely. So the matter of why humans seem rather unique in that regard is a question that needs answering. Has evolution managed to “figure out” a solution to this problem in other species (metaphorically speaking)? If it has, why hasn’t a similar solution arisen in humans and sheep? 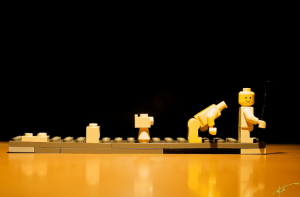 It just ran out of square-shaped blocks?

This brings me to the final idea; one that I’ve discussed before. It is indeed possible that looking for something immune-related is in the right ballpark, but maybe in the wrong area. Perhaps what we’re seeing isn’t necessarily the result of a maternal immune response against male fetuses, but rather the result of an immune response against an actual infectious agent (or the result of that agent’s behavior itself). Admittedly, I’m no expert in the realm of immune system functioning or infectious agents, but two possibilities come to mind: first, perhaps mothers infected with a particular pathogen during fetal development might ramp up their immune response temporarily, a byproduct of which being that fetal bodies get fewer resources from the mother or caught up in the immune response themselves, both of which could plausibly affect development. Mothers more-chronically affected might have fewer children in general and more gay male children in particular, potentially explaining the current pattern of results. Alternatively, it is possible that some infectious agent itself affects the development of the fetus (such as how pathogens can render people blind or deaf). As a byproduct of that infection, if acquired during a particular critical developmental window, the child comes to develop a homosexual orientation (or is miscarried by the mother). At present, I am not aware of any evidence that speaks to this possibility, but it certainly accords with the known data.

One comment on “More Evidence Regarding The Causes Of Homosexuality”