“Most of us have experienced frustration in our social or political debates. We feel that the “other side” just “doesn’t get” our point of view, and that agreement could be reached if only we could somehow make those views, and the basis for those views, clear to them… By contrast, we think we get their point of view; we simply reject it as invalid, so that little would be gained from hearing them expound those views in more detail.. .That is, the members of each group feel that they understand the other group better than vice versa – that they are the ones being misunderstood, misinterpreted, or stereotyped, and that it is the other group that stands in need of enlightenment” – Pronin et al (2001)

In the context of debates, perhaps no rhetorical trick has a prouder history than framing. Recently, a bill called the “Paycheck Fairness Act” was voted down in the US. Are we to conclude from that outcome that those who voted against it are in favor of unfair paychecks? On the one hand, no; not unless we’re also supposed to consider plumbing one of the most sexist professions in the US. We encounter a similar frame issue regarding the debates about access to abortion and birth control, or, as it’s known to some, part of “the war on women”. Such a term is most certainly clumsy when it comes to accounting for (a) the large portion of women who consider themselves “pro-life”, and (b) the large number of men who would also be affected negatively were access to contraceptives and abortions limited.

On the other hand, those who create and make use of those frames are trying to get us to conclude precisely that: vote for this bill or it means you favor discrimination; vote on this bill or it means you hate women (or hate freedom, or love terrorists, or hate Capitalism, and so on). The way these issues are framed, then, might tell us more about what intentions or mindset the side doing the framing attributes to their opponents, rather than about the issue itself. 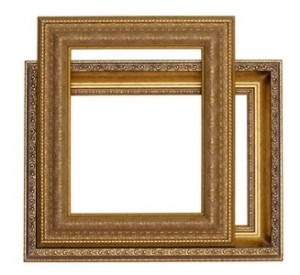 “Our newest line of frames serve to accentuate your overly optimistic sense of self. Now on sale at Michaels stores everywhere!”

It would seem that the frame-generators often feel confident enough in their assessment abilities that they feel they can accurately infer the hidden motives and intentions that guide the behavior of others. In other words, they feel they know their opponent’s “true self” well, perhaps even better than their opponents know themselves. However, if said opponent was to suggest that the framer themselves had some hidden motive they were blind to (or hiding from others), the framer would tend to be incensed at the suggestion. As we all know, it’s always the other side that has bias; not us. This brings us nicely to a paper entitled, “You don’t know me, but I know you: The illusion of asymmetric insight”  by Pronin et al (2001). Across six experiments, the authors sought to examine the extent to which people (a) felt they “knew” others better than those others knew themselves, (b) felt they “knew” themselves better than others knew them, and (c) the discrepancy between those two ratings.

Before I begin to review the paper, I’d like to commend these authors for coming so very close to articulating a coherent rationale for their research. Towards the end of their paper, the authors do speculate about the possible functions (and even potential costs) of the behavior in question. Unfortunately, my enthusiasm for that section is dampened somewhat by their initial stated rationale: their everyday experiences, and hunches that they might find some effect. The most useful part seemed more like an afterthought than a guiding force for this research, and I’ll return to that point later.

Now, onto the experiments. The first of the six experiments involved asking 125 undergraduates to rate how knowledgeable they were about a close friend of their choice, how knowledgeable that close friend was about the subject themselves, and to what extent the subject felt their “true self” and their friend’s “true self” was observable to others. On average, the subjects suggested they knew and understood more about their close friend than that close friend knew or understood about them. Further, subjects felt their “true self” was less observable than others “true selves” were (as indicated by circling pictures of partially submerged icebergs). The difference was small (about 4% in all cases), but in the predicted direction. While 24 of the subjects indicated that their close friend knew them better than the reverse, twice as many – 48 – indicated the opposite pattern. 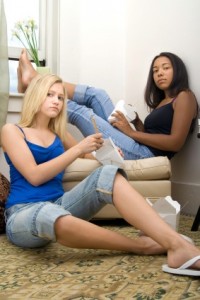 Their entire friendship is based on each one thinking the other isn’t quite a smart.

While there’s more to the paper, it’s much the same as the first two studies (the perception that we can perceive others “true self” better than others can perceive ours), so I’m going to skip ahead to the final study that examined intergroup knowledge; the section the initial quote was drawn from. Eighty subjects were asked about whether they were liberal or conservative, pro-life or pro-choice, and whether they were men or women. Once their group membership was established, subjects were asked at a later date about whether their group had more knowledge or understanding about the other group in question. It’s worth noting there was some agreement here: both men and women agreed that women understood men more than the reverse. At least the genders were on the same page there (more or less; the women did still feel this gap was 2.5 times wider than the men thought it was). Liberals claimed to have greater knowledge of conservatives than they thought conservatives had about them (about a 7% gap), whereas conservatives felt they had about as much knowledge of liberals as liberals did about them. When it came to the abortion issue, pro-choicers felt they knew pro-lifers better than the reverse (11%), whereas pro-lifers thought they understood the pro-choicers more, but the gap wasn’t as wide (3%). However, since those two effects pulled in opposite directions, the gulf between the two groups actually loomed around 14% in that sample.

So where does all this leave us? As was the case in the last post, it would seem that people’s assessment abilities aren’t exactly wired for accuracy in some cases. This raises the inevitable question of precisely what they are wired for. The authors speculate that this pattern of assessment could:

“…lead us to talk when we would do well to listen and to be less patient than we ought to be when others express the conviction that they are the ones being misunderstood or judged unfairly. The same convictions can make us reluctant to take advice from others…but all too willing to give advice… But as previous research has pointed out, illusions can be also be helpful. The feeling that one knows another better than is really the case can increase readiness to trust, cooperate, or seek greater intimacy… This same illusion, however, can also increase one’s susceptibility to exploitation, or at least to unwise investments of time, resources, or affection.” (pp. 652-3)

This is the point I had initially commended the authors for, but, as I said, it feels like an afterthought. It feels that way because none of the six studies examined any of those contexts. There was no studies looking at argumentation, or cooperation, or trust, or exploitation. Those are all potential explanations that, frankly, these six studies should have been aimed at testing. 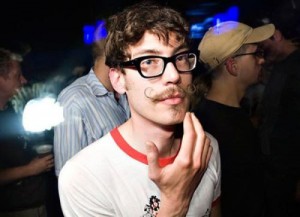 They’re like scientific hipsters; they didn’t test their hypotheses, but they did that ironically.

Had experiments been done to examine those contexts, the results might have been a bit more impressive. At the very least, it would allow us to begin to arbitrate between potential functions for this biased assessment of proportional understanding. For instance, one of the largest effects concerned a highly contentious issue: abortion. When arguing against someone – as the initial frame example showed – it would be beneficial to (perhaps incorrectly) believe you have a very strong grasp of your opponents motives if that confidence allows you to better persuade others. “The potential war on certain women” just doesn’t have the same ring to it as the “war on (all) women”; neither does the “There might be some active discrimination against women in regards to their salary in certain fields, but then again, there might not be…act”.

Claiming that you not only already understand your opponent’s position (which typically comes complete with some nefarious hidden motive), but also that your opponent doesn’t understand yours, is a rhetorical one-two punch. So long as you can effectively convey that message – as well as defend against such accusations when they’re directed your way – you’re in a very strong social position. When making such proclamations, being accurate is only useful insomuch as it would aid in being convincing.

2 comments on “Know Thyself…And Everyone Else Too, Apparently”