Given my wealth of anecdata, I would feel confident saying that, on the whole, people high in status (whether because of their wealth, their social connections, or both) tend to not garner much in the way of sympathy from third parties. It’s why we end up with popular expressions like “First World Problems” – frustrations deemed to be minor, experienced by people who are relatively well off in life. The idea that people so well-off can be bothers by such trivial annoyances serves as the subject of some good comedic fodder. There are a number of interesting topics surrounding the issue, though: first, there’s the matter of why First World Problems exist in the first place. That is, why do people not simply remain content with their life once they reach a certain level of comfort? Did people really need to bother developing high-speed wireless internet when we already had dial-up (which is pretty good, compared to people without internet)? Why would it feel so frustrating for us with high-speed wireless if we had to switch back? A second issue would be the hypocrisy that frequently surrounds people who use the First World Problems term in jest, rather than sympathy. There are those who will mock others for what they perceive to be First World Problems, then turn around and complain about something trivial themselves (like, say, the burden of having to deal with annoying people on their high-speed wireless internet). The topic of the day will concern a third topic: considering contexts in which sympathy is strategically deployed (or not deployed) in terms of moral judgments on the basis of the social status of a target individual. 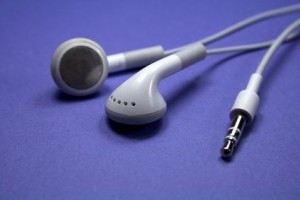 A new paper by Polman, Pettit, & Wisenfeld (2013) sought to examine the phenomenon of moral licensing with respect the status of an actor. Roughly speaking, moral licensing represents the extent to which one is not morally condemned or punished for an immoral action, relative to someone without that licensing. Were person A and B to both commit the same immoral act (like adultery), if one was to be punished less, or otherwise suffered fewer social costs associated with the act, all else being equal, we would say that person’s actions were morally licensed  by the condemners to some degree. The authors, in this case, predicted that both high- and low-status individuals ought to be expected to receive some degree of moral licensing, but for different reasons: high-status individuals were posited to receive this license because of a “credential bias…[which leads] people to perceive dubious behavior as less dubious”, whereas low status individuals were posited to receive moral licensing through moral “credits…[which offer] counterbalancing [moral] capital”, allowing low-status individuals to engage in immoral behavior to the extent that their transgressions do not outweigh their capital. If immoral behavior is viewed as creating a metaphorical debt, the generated debt would be lower for those high in status, but able to be paid off more readily by those low in status.

So the authors predicted that high-status individuals will have their behavior reinterpreted to be more morally positive when there is some ambiguity allowing for reinterpretation, whereas low-status individuals won’t be morally condemned as strongly because “they’ve already suffered enough”. Now I know I’ve said it before, but these types of things can’t be said enough as far as I’m concerned: these predictions seem to be drawn from intuitions – not from theory. The biases that the authors are positing are, essentially, circular restatements of a pattern of results they hoped to find (i.e. high-status people will be given moral license because of a bias that causes high-status people to be given moral license). Which is not to say they’re necessarily wrong, mind you (in fact, since this is psychology, I don’t think I’m spoiling anything by telling you they found the results they predicted); it’s just that this paper doesn’t further theory in moral licensing, as the authors suggest it does. Rather, what the paper does instead is present us with a new island of findings within the moral licensing research. In any case, let’s first take a look at what the paper reported.

In the first study, the authors presented subjects with a case of potential racial discrimination (where 5 white and 2 black candidates for a job were interviewed and only 2 white ones were hired). The name of person doing the hiring was manipulated to try and make them sound high in status (Winston Rivington), low-status (Billy-Bob), neutral (James). The subjects were subsequently asked whether the person doing the hiring should be condemned in various ways, whether socially or legally. The results showed that, as predicted, both high- and low-status individuals were condemned less (M = 3.22 and 3.14 out of a 1 to 9 scale, respectively), than the control (M = 3.78). While there was an effect, it was a relatively weak one, perhaps as ought to expected from such a weak manipulation. The manipulation was stronger in the next study. In study two, subjects were also asked about someone making a hiring decision, but this person was now either the executive of a fortune 500 company or a janitor. Further, the racism in the hiring decision was either clear (the person doing the hiring admitted to it) or ambiguous (the person doing the hiring referenced performance for their decision). The results of the second study showed that, when the moral infraction was unambiguous, the high status individual was condemned more (M = 7.81), relative to when the infraction was ambiguous (M = 5.42). By contrast, whether the infraction was committed ambiguously or unambiguously by the lower-status individual, the condemnation remained the same (6.42 and 6.48 respectively). Further, individuals with more dispositional sympathy tended to be the ones punishing the low-status individuals less. The effect of that sympathy, however, did not transfer to the high-status individuals. While high-status individual’s condemnation varied with ambiguity of the act, low-status people seemed to get the same level of sympathy regardless of whether they transgressed ambiguously or not.

If only he was poorer; then the racism would be more acceptable.

In the final study, subjects were again presented with a story that contained an ambiguous, potential moral wrong: someone taking money off a table at the end of a cafeteria-style lunch and putting it in their pocket. The person taking the money was either just “someone”, “the janitor”, or “the residence director” at the cafeteria. Again, the low- and high-status individuals received less condemnation on average (M = 3.11 and 3.17) than the control (M = 4.33). However, only high-status individuals had their behavior perceived as less wrong (M = 5.03); the behavior was rated as being equally wrong in both the control (M = 6.21) and low-status (6.05) condition. Conversely, it was only in the low-status condition that the person taking the money was given more sympathy (M = 5.75); both the high-status (3.60) and control (3.70) received equal and lesser amounts of sympathy.

Now for the more interesting part. This study hints at the perhaps-unsurprising conclusion that people who differ in some regard – in this case, status – are treated differently. Sympathy is reserved for certain groups of people (in this case, typically not for people like Winston Rivington), whereas the benefit of the doubt can be reserved for others (typically not for the Billy-Bobs of the world). The matter which is not dealt with in this paper is the more interesting one, in my mind: why should we expect that to be the case? That is, what is the adaptive function of sympathy and, given that function, in what situations ought we expect it to be strategically deployed? For instance, the authors offer up the following suggestion:

Moreover, we contend that high or low status may sometimes deprive wrongdoers of a license. When wrongdoers’ high status is viewed as undeserved, illegitimate or exploitative, they may pay a particularly high cost for their transgressions.

It seems as if they’re heading in the right direction – thinking about different variables which might have some effects on how much moral condemnation an individual might suffer as the result of an immoral act – but they don’t quite know how to get there. Presumably, what the authors are suggesting in their above example has something to do with the social value of an actor to other potential third-party condemners. Someone who merely inherited their high status may be seen as a bad investment, as their ability to maintain that position and benefits it may bring – and thus their future social value -  is in question. If their high status is derived from exploitative means, their social value may be questioned on the grounds that the benefits they might provide come at too great a cost; the cost of drawing condemnation from the enemies the high-status individual has made while rising to power. Conversely, individuals who are low in status as a result of behaviors that makes them bad investments – like, say, excessive drug use – may well not see the benefits of sympathy-based moral licensing. It might be less useful to feel sympathy for someone who repeatedly made poor choices and shows no signs of altering that pattern. The larger point is that, in order to generate good theory and good predictions, you’d be well-served by thinking about adaptive costs and benefits in cases like this. Intuitions will only get you so far. 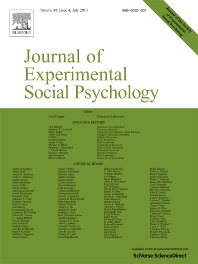 In this case, intuitions only netted them a publication in a high impact factor journal. So good show on that front.

What I find particularly interesting about this study, though, is that the results run (sort of) counter to some data I recently collected, despite my predicting similar kinds of effects. With respect to at least one kind of ambiguously-immoral behavior and two personal characteristics (neither of which was status), moral judgments and condemnation appeared to be stubbornly impartial. While my results aren’t ready for prime time yet (and I do hope the lack of significant results doesn’t cause issues when it comes to publication; another one of my first world problems), I merely want to note (as the authors also suggest) that such moral licensing effects do appear to come with boundary conditions, and teasing those out will certainly take time. Whatever the shape of those boundary conditions, redescribing them in terms of a “bias” doesn’t cut it as an explanation, nor does it assist in future theorizing about the subject. In order to move research along, it’s long-past time our intuitions are granted a more solid foundation.