In my last post, I noted briefly how technology has made it easier than ever to access a variety of pornographic images, whether produced personally or professionally. Much like concerns about how violent video games might make people who play them more violent, there have also been concerns raised about how pornography becoming more prevalent might also lead to certain, undesirable outcomes, such as rape as weakened relationships. As for the video game concern, there is some evidence that the aggression (or rather anger) caused by video games might have a lot less to do with violent content per se than it has to do with losing (full disclosure: I have been unable to locate the paper, so I can’t assess the claims made in it personally, but this explanation should be easily and intuitively understandable to anyone who has seriously engaged in competitive play. Gamers don’t rage quit over violent content; they rage quit because they lost). Similarly, there have been many concerns raised about pornography over the years, many of which hinge on the idea that pornography might lead to people (specifically men) to develop negative attitudes towards women and, accordingly, be more likely to rape them or to accept rape more generally.

Tissue companies vigorously denied that such a link existed

As pornography has become more widely available – thanks in no small part to the internet – rates of rape appear to have declining rather markedly over the same time period; in much the same way, violence has been declining despite violent video games being more common and accessible than ever. The world is a complex place and there are plenty of variables at play, so those correlations are just that. Nevertheless, the evidence that pornography causes any kind of sexual offending is “inconsistent at best” (Ferguson & Hartley, 2009) and, given the nature of the topic, one might reasonably suspect that at least some of that inconsistency has to do with researchers setting out to find certain conclusions. To be blunt about it, some researchers probably “have their answer”, so to speak, before they even begin the research, and might either game their projects to find that result, or interpret otherwise ambiguous results in a manner consistent with their favored hypothesis.

The first study comes from Maddox et al (2011). This paper surveyed the pornography viewing habits of around 1,300 individuals (whether alone, with a partner, or not at all) and examined whether there was any relationship between viewing pornography and various relationship measures. Those who reported not viewing pornography tended to be more religious, tended to escalate fights less (d = 0.26), thought their relationship was going better (d = 0.22), and were more dedicated to their relationships (d = 0.25, approximately). Further, those who watched porn were less likely to report being satisfied sexually in their relationship (d = 0.21) and also appeared to be two- to three-times as likely to report infidelity. However, the authors explicitly acknowledge on more than one occasion that their data is correlational in nature and provided no evidence of causality. Such research might simply suggest those who like pornography are different than those who do not like it, or that “…individuals who are unhappy with their relationships seek out [pornography] on their own as an outlet for sexual energy”. The pornography itself might have very little to do with relationship strength. 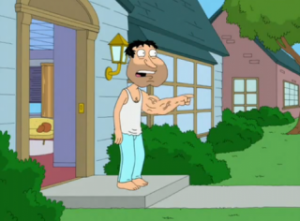 It might have plenty to do with arm strength, though 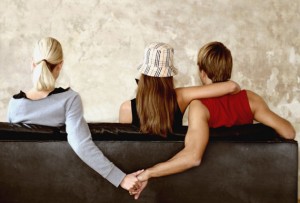