Last time I wrote about the likely determinants of homosexuality, I ended up favoring the pathogen hypothesis that was put forth by Cochran, Ewald, and Cochran (2000) as the theory that had the most currently going for it. What is particularly interesting about my conclusion is how much empirical evidence directly confirms the theory: none. Don’t get me wrong; the pathogen hypothesis is certainly consistent with the known findings about homosexuality – such as the widely-varying reported concordance rates and the large fitness costs associated with the orientation – but being consistent with certain findings is not the same as being demonstrated by that evidence. If the currently most plausible theory for explaining homosexuality has, in essence, no direct evidence in its favor, that clearly must not be saying a lot about the alternative prospects. The two theories I covered last time – kin selection and sexually antagonistic selection – can’t even seem to account well for the existing evidence, so a neutral point with regard to the evidence is actually preferable. There was one theory that I neglected to mention last time, however, and this is a theory that purports to be able to explain both how heterosexual and homosexual orientations come to develop, and in both sexes, no less. If such a theory proved to have anything to it, then, it would be a highly valuable perspective indeed, so it deserves careful inspection. 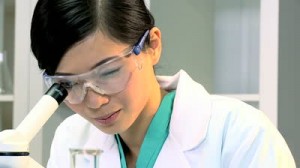 “Nope; still not finding any indication of plausibility yet. Get the bigger microscope”

The theory, known as “Exotic Becomes Erotic” (EBE) was proposed by Daryl Bem (1996). If that name sounds familiar, it’s because this is the same Daryl Bem who also thought he found evidence for “extra-sensory porn-ception” in 2011, so we’re already not off to a good start. Pressing ahead despite that association, EBE puts the causal emphasis of developing a preferential attraction towards one sex or another on an individual’s perceptions of feeling different from other members of one sex: for instance, if a boy happens to not like sports, he will feel different from the majority of the other boys who do seem to like sports; if he does like sports, he’d feel different from the girls who did not. Following this perception of one sex as exotic, EBE posits that individuals will come to experience “non-specific, autonomic arousal” to the exotic group in question and, subsequently, that arousal will be transformed into an erotic preference for members of the initially exotic group. So, if you feel different from the boys or the girls, regardless of whether you’re a boy or a girl, you’ll come to be vaguely aroused by that sex – either by apprehension, anger, fear, curiosity, or really anything works, so long as it’s physiologically arousing – and then your body will, at some point, automatically turn that arousal into lasting sexual preferences.

Like most of the theories regarding homosexuality I discussed previously, this one also have very little actual evidence to support it. What it does have is a correlation between retrospective reports of childhood gender nonconformity and current sexual orientation. In fact, that single, underwhelming correlation is about all that EBE has going for it; everything else in the model is an assumption that’s largely built off that correlation. While a retrospective correlation is slightly better than having no evidence at all, it’s not better by a whole lot (in much the same way that 53% accuracy at guessing where some stimuli will show up between two options isn’t much better than 50%, yet apparently both are publishable). So, now that we’ve covered what the theory has going for it, let’s consider some of the things that EBE does not have going for it. You might want to take a break now to use the bathroom or get a snack, because this is a long list.

Let’s begin with the matter of this “non-specific physiological arousal”: at a bare minimum, EBE would require that the sex an individual perceived to be the least exotic ought to be consistently less physiologically arousing, on average, than the gender that individual did identify with. Without that arousal, there would be nothing to eventually convert into later sexual preference. So what does Bem have to say about the presence or absence of this arousal?

“To my knowledge, there is no direct evidence for the first step in this sequence beyond the well-documented observation that novel (“exotic”) stimuli produce heightened physiological arousal in many species, including our own”

So, in other words, there is no empirical evidence for this suggestion whatsoever. The problems, however, do not stop there: EBE is also massively under-specified in regards to how this hypothetical “non-specific arousal” is turned into eroticism in some cases but not others. While Bem (1996) proposes three possible mechanisms through which that transition might take place – sexual imprinting, the opponent process, and the extrinsic arousal effect – there are clearly non-human stimuli that produce a great deal of arousal (such as spiders, luxury cars, or, if we are talking about children, new toys) that does not get translated into later sexual attraction. Further, there are also many contexts in which gender-conforming children of the same sex will be around other while highly physiologically aroused (such as when boys are playing sports and competing against a rival team), but EBE would seem to posit that these high-aroused children would not develop any short- or long-term eroticism towards each other.

Bem might object that this kind of physiological arousal is somehow different, or missing a key variable. Perhaps, he might say, that in addition to this yet-to-be-demonstrated arousal, one also needs to feel different from the target of that arousal. Without being both exotic and arousing, there will be no lasting sexual preference developed. While such a clarification might seem to rescue EBE conceptually in this regard, the theory again falters by being massively under-specified. As Bem (1996) writes:

In addition to not figuring out whether the arousal required for the model to work is even present, in no treatment of the subject does Bem specify precisely how much arousal and/or exoticism ought to be required for eroticism to develop, or how these two variables might interact in ways that are either beneficial or detrimental to that process. While animals might be both “exotic” and “highly arousing” to children, very rarely does a persistent sexual preference towards them develop; the same can be said for feelings between rival groups of boys, though in this case the arousal is generated by fear or anger. EBE does not deal with this issue so much as it avoids it through definitional obscurity.

Continuing along this thread of under-specificity, the only definition of “exotic” that Bem offers involves a perception of being different. Unfortunately for EBE, there are a near incalculable number of potential ways that children might feel different from each other, and almost none of those potential representations are predicted to result in later eroticism. While Bem (1996) does note that feeling different about certain things – interest in sports seems to be important here – appears to be important for predicting later homosexual orientation, he does not attempt to explain why feeling different about gender-related variables ought to be the determining factor, relative to non-gender related variables (such as intelligence, social status, or hair color). While erotic feelings do typically develop along gendered lines, EBE gives no a priori reason for why this should be expected. One could imagine a hypothetical population of people who develop preferential sexual attractions to other individuals across any number of non-gendered grounds, and EBE would have little to say about why this outcome does not obtain in any known human population.

The problem with this loose definition of exotic does not even end there. According to the data presented by Bem, many men and women who later reported a homosexual attraction also reported having enjoyed gender-typical activities (37 and 37%, respectively), having been averse to gender-atypical activities (52 and 19%), and having most of their childhood friends be of their same sex (58 and 40%). While these percentages are clearly different between homosexual and heterosexual respondents – with homosexuals reporting enjoying typical activities less, atypical ones more, and being more likely to predominately have friends of the opposite sex – EBE would seem to be at loss when attempting to explain why roughly half of homosexual men and women do not seem to report differing from their heterosexual counterparts in these important regards. If many homosexuals apparently did not view their own sex to be particularly exotic during childhood, there could be no hypothetical arousal and, accordingly, no eroticism. This is, of course, provided these retrospective accounts are even accurate in the first place and do not retroactively inflate the perceptions of feeling different to accord with their current sexual orientation. 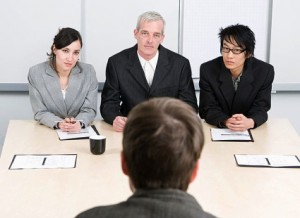 “In light of not being hired, I can now officially say I never wanted your stupid job”

On a conceptual level, however, EBE runs into an even more serious concern. Though Bem (1996) is less than explicit about this, it would seem his model suggests that homosexuality is a byproduct of an otherwise adaptive system designed for developing heterosexual mate preferences. While Bem (1996) is likely correct in suggesting that homosexuality is not adaptive itself, his postulated mechanism for developing mate preference would likely have been far too detrimental to have been selected for. Bem’s model would imply that the mechanism responsible for generating sexual attraction, when functioning properly, functions so poorly that it would, essentially, render a rather large minority of the population effectively sterile. This would generate an intense selection pressure either towards any modification of the mechanism that did not preclude its transfer from one generation to the next or decisive selection towards a much greater gender conformity. Neither outcome seems to have obtained, which poses a new set of questions regarding why.

Precisely how such a poorly-functioning mechanism would have even come to exist in human populations in the first place is a matter that Bem never addresses. A major issue with the EBE perspective, then, is that it more-or-less takes for granted the base rate existence of homosexuality in human populations without asking why it ought to be that prevalent for humans but almost no other known species. Though Bem does not discuss it, almost every other species appears to navigate the process of developing sexual attraction in ways that do not result in large numbers of males or females developing exclusive same-sex attractions. If this was any other key adaptation, such a vision, and significant minorities of the population consistently went blind at very young ages in a world where being able to see is adaptive, we would want a better explanation for that failure than the kind that EBE can provide. Now if only the creator of EBE has some kind of ability to see into the future – an extra-sensory ability, if you will – to help him predict that his theory would run into these problems, they might have been avoided or dealt with…