[Social Psychology] has been self-handicapped with a relentless insistence on theoretical shallowness: on endless demonstrations that People are Really Bad at X, which are then “explained” by an ever-lengthening list of Biases, Fallacies, Illusions, Neglects, Blindnesses, and Fundamental Errors, each of which restates the finding that people are really bad at X. Wilson, for example, defines “self-affirmation theory” as “the idea that when we feel a threat to our self-esteem that’s difficult to deal with, sometimes the best thing we can do is to affirm ourselves in some completely different domain.” Most scientists would not call this a “theory.” It’s a redescription of a phenomenon, which needs a theory to explain it. – Steven Pinker

If you’ve sat through (almost) any psychology course at any point, you can probably understand Pinker’s point quite well (the full discussion can be found here). The theoretical shallowness that Steven references was the very dissatisfaction that drew me towards evolutionary theory so strongly. My first exposure to evolutionary psychology as an undergraduate immediately had me asking the sorely missing “why?” questions so often that I could have probably been mistaken for an annoying child (as if being an undergraduate didn’t already do enough on that front). 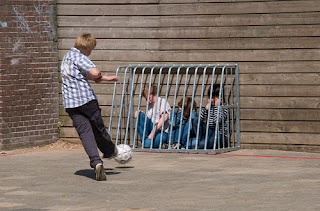 In keeping with the annoying child theme, I also started beating up other young children, because I love consistency.

That same theoretical shallowness has returned to me lately in the form of what are known as “norms”. As Fehr and Fischerbacher (2004) note, “…it is impossible to understand human societies without an adequate understanding of social norms”, and “It is, therefore, not surprising that social scientists…invoke no other concept more frequently…”. Did you read that? It’s impossible to understand human behavior without norms, so don’t even try. Of course, in the same paragraph they also note, “…we still know very little about how they are formed, the forces determining their content, how and why they change, their cognitive and emotional underpinnings, how they relate to values, how they shape our perceptions of justice and it’s violations, and how they are shaped by and shape our neuropsychological architecture”. So, just to recap, it’s apparently vital to understand norms in order to understand human behavior, and, despite social scientists knowing pretty much nothing about them, they’re referenced everywhere. Using my amazing powers of deduction, I only conclude that most social scientists think it’s vital they maintain a commitment to not understanding human behavior.

By adding the concept of “norms”, Fehr and Fischerbacher (2004) didn’t actually add anything to what they were trying to explain (which was why some uninvolved bystanders will sometimes pay a generally small amount to punish a perceived misdeed that didn’t directly affect them, if you were curious), but instead seemed to grant an illusion of explanatory depth (Rozenblits & Keil, 2002). It would seem neuroscience is capable of generating that same illusion. 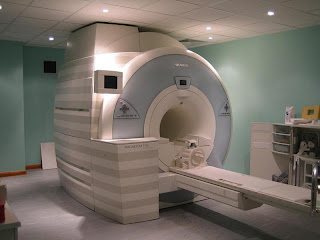 This thing cost more money than most people see in a lifetime; it damn sure better have some answers.

Can simply adding irrelevant neuroscience information to an otherwise bad explanation suddenly make it sound good? Apparently, that answer is a resounding “yes”, at least for most people who aren’t neuroscience graduate students or above. Weisburg et al (2008) gave adults, students in a neuroscience class, and experts in the neuroscience field a brief description of a psychological phenomena, and then offered either a ‘good’ or a ‘bad’ explanation of the phenomena in question. In keeping with the theme of this post, the ‘bad’ explanations were simply circular, redescriptions of the phenomena (or, as many social psychologists would call it, a theory). Additionally, those good and bad explanations also came either without any neuroscience, or with a brief and irrelevant neuroscience tidbit tacked on that described where some activity occurs in a brain scan.

3 comments on “Is Description Explanation?”