The first question I’d like to consider is whether any of those children made choices that were problematic. For instance, should the first child have decided to help animals, or perhaps should they have put their own interests aside and pursued another line of work because of their sex and the current sex-ratio of men and women in that field? Would your answer change if you found out the sex of each of the children in question? Answer as if the second child was a boy, then think about whether your answer would change if you found out she was a girl. 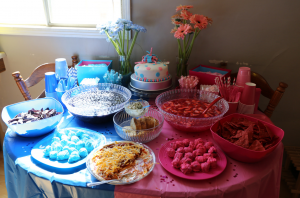 Well if you wanted to be a vet, you should have been born a boy

This hypothetical example should, hopefully, highlight a fact that some people seem to lose track of from time to time: broad demographic groups are not entities themselves; only made up of their individual members. Once one starts talking about how gender inequality in professions ought to be reduced – such that you see a greater representation of 50/50 men and women across a greater number of fields – you are, by default, talking about how some people need to start making choices less in line with their interests, skills, and desires to reach that parity. This can end up yielding strange outcomes, such as a gender studies major telling a literature major she should have gone into math instead.

Speaking of which, a paper I wanted to examine today (Riegle-Crumb, King, & Moore, 2016) begins laying on the idea of gender inequality across majors rather thick. Unless I misread their meaning, they seem to think that gender segregation in college majors ought to be disrupted and, accordingly, sought to understand what happens to men and women who make non-normative choices in selecting a college major, relative to their more normative peers. Specifically, they set out to examine what happens to men who major both in male- and female-dominated fields: are they likely to persist in their chosen field of study in the same or different percentages? The same question was asked of women as well. Putting that into a quick example, you might consider how likely a man who initially majors in nursing is to switch or stay in his program, relative to one who majors in computer science. Similarly, you might think about the fate of a woman who majors in physics, compared to one who majors in psychology.

To test these predictions, Riegle-Crumb, King, & Moore (2016) examined a nationally-representative sample of approximately 3,700 college students who had completed their degree. These students had been studied longitudinally, interviewed at the end of their first year of college in 2004, then again in 2006 and 2009. A gender atypical major was coded as one in which the opposite sex compromised 70% or more of the major. In the sample being examined, 14% of the males selected a gender-atypical field, while 4% of women did likewise. While this isn’t noted explicitly, I suspect some of that difference might have to do with the relative size of certain majors. For instance, psychology is one of the most popular majors in the US, but also happened to fall under the female-dominated category. That would naturally yield more men than women choosing a gender atypical major if the pattern continued into other fields. 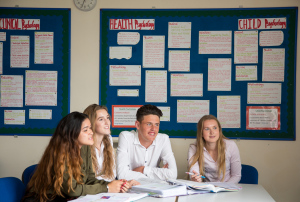 Can’t beat that kind of ratio in the dating pool, though

Moving on to what was found, the researchers were trying to predict whether people would switch majors or not. The initial analysis found that men in male-typical majors switched about 39% of the time, compared to the 63% of men who switched from atypical majors. So the men in atypical fields were more likely to switch. There was a different story for the women, however: those in female-typical majors switched 46% of the time, compared to 41% who switched in atypical fields. The latter difference was neither statistically or practically significant. Unsurprisingly, for both men and women, those most likely to switch had lower GPAs than those who stayed, suggesting switching was due, in part, to performance.

What do the authors make of this finding? Though they note correctly that their analysis says nothing of the reasons for the switch, they view the greater male-atypical pattern of switching as consistent with their expectations. I think this is probably close to the truth: as a greater proportion of a man’s future success is determined by his ability to provision mates and his social status, we might expect that men tend to migrate from majors with a lower future financial payoff to those that have a larger one. Placing that into a personal example, I might have wanted to be a musician, but the odds of landing a job as a respected rockstar seemed slim indeed. Better that I got a degree in something capable of paying the bills consistently if I care about money.

By contrast, the authors also correctly note that they don’t find evidence consistent with their prediction that women in gender-atypical fields would switch more often. This does not, however, cause them to abandon the justifications for their prediction. As far as I can tell, they still believe that factors like a chilly climate and stereotype threat are pushing women out of those majors; they just supplement that expectation by adding on that a number of factors (like the aforementioned financial ones) might be keeping them in, and the latter factors are either more common or influential (though that certainly makes you wonder why women tend to choose lower-paying fields in greater numbers the first place). 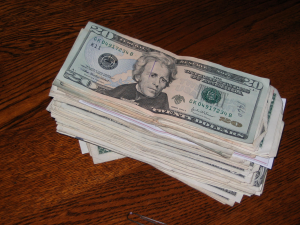 Certainly worth a 20-year career in a field you hate

This strikes me as kind of a fool-proof strategy for maintaining a belief in the prospect of nefarious social forces doing women harm. To demonstrate why, I’d like to take this moment to think about what people’s reactions to these findings might have been if the patterns for men and women were reversed. If it turned out that women in male-dominated majors were more likely to switch than their peers in female-dominated majors, would there have been calls to address the clear sexism causally responsible for that pattern? I suspect that answer is yes, judging from reactions I’ve seen in the past. So, if that result was found, the authors could point a finger at the assumed culprits. However, even when that result was not found, they can just tack on other assumptions (women remain in this major for the money) that allows the initial hypothesis of discrimination to be maintained in full force. Indeed, they end their paper by claiming, “Gender segregation in fields of study and related occupations severely constrains the life choices and chances of both women and men,” demonstrating a full commitment to being unphased by their results.

In other words, there doesn’t seem to be a pattern of data that could have been observed capable of falsifying the initial reasons these expectations were formed. Even nominally contradictory data appears to have been assimilated into their view immediately. Now I’m not going to say it’s impossible that there are large, sexist forces at work trying to push women out of gender atypical fields that are being outweighed by other forces pulling in the opposite direction; that is something that could, in theory, be happening. What I will say is that granting that possibility makes the current work a poor test of the original hypotheses, since no data could prove it wrong. If you aren’t conducting research capable of falsifying your ideas – asking yourself, “what data could prove me wrong?” – then you aren’t engaged in rigorous science.