In the wake of the Orlando shooting at the Pulse nightclub, there were quite a number of speculations floating around my social media that the shooter himself had been harboring homosexual urges that he had been trying to repress. Repression – being the odd thing that it apparently is – in this case involved his visiting gay nightclubs and using gay dating apps to communicate – and presumably have sex – with other gay men; he might have even been doing all those things while telling himself he had no interest in such activities, that they were morally wrong, or at the very least while trying to keep it secret from other people in his life. The shooting resulted, then, at least in part from this unsuccessful repression of his homosexual urges; an inward loathing directed outwards at others. Or so the story went, anyway. Subsequent official investigations into Omar Mateen’s life revealed no evidence of such behavior: no gay dating apps, no credible homosexual partners, and no gay pornography. Perhaps he was just very good at covering his tracks, but a more parsimonious explanation jumps out at me: he probably wasn’t grappling with homosexual urges. 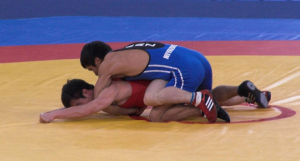 “Keep grappling with those urges! Don’t stop! You’re almost there…”

The underlying idea in that case – that some degree of homophobia is actually explained by the homophobes in question trying to deny their own homosexual urges – remains a somewhat popular speculation. It has roots as far back as Freud, and I’ve already discussed one piece of more modern research on the idea from the mid-90s. This homosexuality repression hypothesis is also even a subplot in one of my favorite movies, American Beauty. For an idea with such a long history, it does seem rather peculiar that more empirical research on the topic doesn’t seem to exist. Perhaps the most obvious guess as to why such research doesn’t exist is that its not exactly the easiest thing in the world to measure someone’s implicit sexual attraction (provided such a thing can even be said to exist at all). If the subjects themselves aren’t even aware of it, a failure to uncover any evidence of its existence might not mean it’s not there; it might just mean that you don’t know how to uncover it. Designing the proper experiments and accurately interpreting the data resulting from them thus becomes troublesome.

Before considering some new research on the hypothesis, then, I wanted to take a step back and consider why, on a theoretical level, we shouldn’t expect implicit or repressed homosexual urges to predict homophobic attitudes particularly well. The first starting point is to note that explicit homosexuality is rare in humans (about 1-3%). This should be expected, as homosexuality does not appear to be adaptive; same-sex attraction just isn’t a good way to reproduce ones’ genes directly or indirectly (whether through kin or alliance formation). Further, open homosexuals don’t tend to be particularly homophobic; at least not as far as I know. Given that rarity, then, if something around even 20% of the population is homophobic, then there is either a lot of homophobia unrelated to homosexuality, or repressed homosexuality is very, very common. In other words, one of two statements follow, neither of which bode well for the homophobia-as-repressed-attraction hypothesis: (a) lots of people who are homophobic harbor no homosexual urges or (b) many of those who are homophobic harbor such urges.

If the first idea is true, then very little homophobia could even be explained in principle by homosexual urges. Most people who were homophobic just wouldn’t have homosexual urges, and an absent variable can’t explain a present trait.

If the second idea is true, however, then repression-via-homophobia strategy would be fairly ineffective. In order to understand why, we need to start with the following point: people are only repressing homosexual urges to convince others that they are not gay. From an adaptive point of view, an organism does not need to deceive itself about its desires. False beliefs, in that sense, just don’t do anything functionally useful, and there is no “self” to be deceived in the first place, given the modular nature of the mind. Taking that as a given for the moment, if you’re trying to convince others that you don’t have a desire, you will only be successful to the extent you engage in behaviors that someone with that desire would usually not. Placed into a simple example, if you’re trying to convince others that you’re not hungry, you turn down food. Eating a lot isn’t a particularly good way to do that, as people who aren’t hungry don’t normally eat a lot. So, if lots of people who do have homosexual urges were homophobic, then adopting a homophobic stance should actually be expected to positively signal that one is a homosexual, as being homophobic is something lots of (closeted) homosexual people actually do. 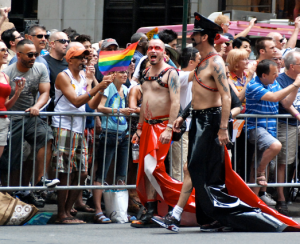 “They’re trying to signal they’re gay so much that they must be straight!”

As such, it should come as little surprise that some recent research finds no evidence for this homophobia-as-repressed-homosexuality hypothesis. MacInnis & Hodson (2013) sought to examine whether any link exists between a measure of implicit sexual attraction and explicit homophobia in heterosexuals. In order to do this, the authors used an implicit association task (IAT) adapted to sexual attraction: a task in which participants have to categorize pictures as male/female and words as sexually attractive/unattractive, and the speed at which they do so should tell you something about the cognitive association between the two. I’m wary of the interpretations of IATs for a number of reasons, but I’ll assume for the time being that such a test does indeed kind of measure what they hope. Participants were also asked about their explicit sexual attractions to men and women, and their attitudes towards gay/lesbian and heterosexual populations. In total, their sample represented 237 Canadian undergraduates (85 men).

As I would expect, the IAT results only correlated modestly with explicit measures of sexual attraction (r = .37 for men, r = .15 for women). The correlations between those IAT measures and negative, explicit evaluations of homosexuals for men was r = -.06, and for women, r = -.24. In other words, not only were such correlations quite small, but they nominally went in the opposite direction of the repression account: as people showed more implicit attraction to the same sex, they also showed less explicit negativity. On a similar note, men’s explicit attractions to the same sex negatively correlated with their homophobia as well (r = -.31), meaning that as men reported more conscious attraction to other men, they were also more positive towards homosexuals. People tend to be more positive towards those that resemble them – for good reason – so this isn’t terribly shocking.

The researchers tried additional analyses as well to address other interpretations of the repression-to-attraction account. First, they divided the data such that those who showed positive homosexual implicit attraction were compared to those who on the negative side. The male sample, it’s worth noting, could not be analyzed here as only 4 of the 85 men had such a score (perhaps there’s just not much implicit attraction floating around?); for women, the same finding as before emerged: those showing more implicit attraction were less negative towards homosexuals. Next, the authors tried to examine only those in the upper-half of homophobia score, and then those in the more extreme ends. However, the implicit attraction scores did not differ between those high and low in prejudice for men or women. The repression hypothesis wasn’t even supported when the authors tried to isolate those participants whose explicit and implicit attraction scores were maximally different from one another (the authors frame this as participants overstating their heterosexuality on an explicit level, but I suspect the actual interpretation is that the IAT isn’t too great of a tool). 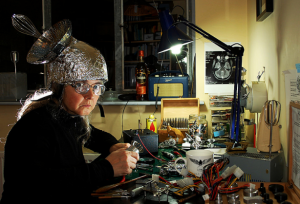 With all the dividing of their sample, MacInnis & Hodson (2013) gave their data every possible advantage to find something – even some spurious relationship – but essentially nothing arose. They broke the data down by men and women; attitudes towards gays, lesbians, and homosexuals in general; those high or low in prejudice; those whose implicit and explicit attractions diverged. No matter how it was sliced, support was not found for the repression idea. When relationships did exist between implicit attraction and explicit attitudes, it usually ran in the opposite direction of the repression hypothesis: those who showed implicit attraction were less negative towards homosexuals (albeit quite modestly). I don’t suspect this will stop those who fancy the repression hypothesis to abandon it – likely because they value it for reasons beyond its established truth value, which is currently dubious at best –  but it is a possible starting point for that journey.