One well-documented physiological feature which plays a role in determining women’s attractiveness is the ratio of their waist to their hips (their WHR). The largest underlying reason for this preference appears to concern fertility: controlling for other factors, women with lower WHRs tend to be more fertile than women with higher ratios (Zaadstra et al, 1993). Historically, men who found lower WHRs more attractive could thus be expected to have ended up pursuing more viable mating opportunities than men who failed to do likewise. It should come as no surprise, then, that this preference for lower WHRs shows up in cross-cultural samples. The preference is so robust in its development that even men who were born blind appear to show evidence of it from touch alone, demonstrating that visual input is not required to shape this preference (doing violence to the notion that these standards are socialized into us by media forces for some arbitrary reason). The cognitive mechanism responsible for generating these perceptions of attractiveness to relatively low WHRs can be considered what we would call a universal feature of human psychology. However, there appears to be some confusion over what precisely what is meant by “universal” which I wanted to address today. 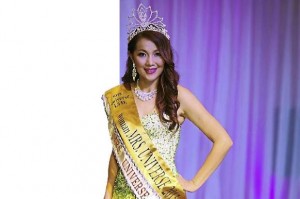 The point of confusion focuses on whether a universal human preference should be expected to be invariant in its expression. In a new paper, Bovet & Raymond (2015) present some data they claim challenges “the universality of an ideal WHR” of about 0.7. More specifically, their claim seems to be that “the assertion that the preference for [a] WHR [of 0.7] is universal and temporally invariant” (p. 9) is incorrect because preferences for WHRs have changed over time. Before I get to what their methods and results were, I wanted to make an initial note about the assertion they sought to challenge: I find it strange. What I find particularly strange about the assertion that Bovet & Raymond (2015) seek to cast doubt on is that, and I want to be crystal clear about this, I have never heard it before. By that, I mean that I know of no author who has claimed that men have and will continue to show an invariant preference for a specific WHR over time. Checking a citation for Singh (1993) that is mentioned in conjunction with that claim, for instance, reveals no evidence of that assertion being made. The closest Singh (1993) comes to saying anything along those lines is that the significance of WHR – not a particular value of it – should be expected to be culturally invariant. In that respect, it seems that Bovet & Raymond (2015) might be tilting at windmills.

With that out of the way, let’s move on to consider what Bovet & Raymond (2015) did and what they found. For what I would consider the main study in their paper, they collected 216 images of works of art – both paintings and sculptures – representing women over the last 2,500 years. The art was collected so as to show nude or partially nude forms, allowing the WHR of the subject being depicted to be observable. Pictures of these works of art were then presented to about 1,400 diligent Mturk workers, each of whom was asked to examine 17 of these art pieces and to select which female figure it most closely resembled from an array of 12 line drawings of women; drawing which varied on both BMI and WHR, and can be seen here. These estimates of which WHR was depicted were used to create an average estimate of the WHR of the figure in the art. Not the most precise method, admittedly, but let’s move to what they found.

Comparing the antique art (defined as 500 BCE to 400 CE) to the recent art (1400 CE to 2014 CE), no significance difference in the average estimates of depicted WHRs emerged: both groups averaged a WHR of about 0.8. In the more recent works group, there was a slight tendency for more modern art to depict a relatively smaller WHR over time, and no such trend was found in the antique art. It also happened to be the case that works of art designated as specifically depicting female beauty symbols – like Aphrodite – were depicted with relatively lower WHRs than the non-symbolic women – like Eve. 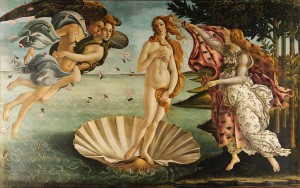 Depictions of clam shells remained highly unrealistic during this time

Study two just involved analyzing a data set of the WHR measurements of Playboy centerfolds and Miss America winners from 1920 to 2000 which, evidently, showed a curvilinear relationship over time right around a mean of 0.7, so there’s not too much to say there. Skipping to the third study, the estimates of the WHRs from the art in study 1 were compared against actual measurements of 13 of the sculptures to try and correct for participant’s estimation errors. As it turns out, participants tended to overestimate the WHRs by about 8% on average. Correcting participant’s estimates, then, it was estimated that the average WHR depicted in the antique set was about 0.73; quite close to the 0.7 figure I mentioned initially. By contrast, the more recent art set, combined with the Playboy and Miss America winners, yielded an average depicted WHR of about 0.75 at 1400 CE down to about 0.68 by the present. This latter set of modern depictions was the substantially larger sample, though I’m not sure what to make of that.

So, taking these results at face value, two major points fall out: while (1) estimates of artistic depictions of women’s WHRs show a remarkable consistency from 500 BCE to the present day, (2) these depictions do tend to get a little smaller in more recent works; there’s some variance. Does this little bit of variation cut against the heart of the idea that a preference for relatively-small WHR on women is a universal feature of our mating psychology? I would say certainly not. There are a few reasons I would give this answer. The first of those is that, as I mentioned before, I know of no theory which ever claimed 0.7 as the invariant set point for peak attractiveness. Every trait – including the psychological ones which determine perceptions of attractiveness – needs to develop, and development can be a rocky road in many respects. Expecting development to land on a specific value every time would be absurd.

The second, and perhaps more relevant point, is that traits are not depicted, nor selected, in a vacuum. For example, we could consider the ever-popular Playboy centerfolds. While the shape of their body is certainly one rather important factor that comes into play with respect to their selection for the magazine, their WHR is certainly not the only feature relevant to the decision. Also included could be other factors like hair color, breast size and shape, clarity of skin, BMI, whether they are pushing for the position, and so on. The same kind of trade-offs need to made when selecting a mate: do you want the one with a slightly shapelier body or the one with more intelligence? One might argue that such trade-offs need not be made when it comes to producing pieces of art, and I would concede the point. I would also add in the point that artists, no matter how talented, are not necessarily perfectly accurate in translating their preferences onto canvas or marble. 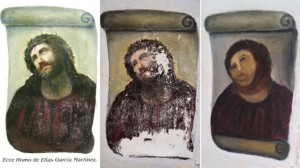 One final point relating to that second one is that preferences were not being directly assessed in any of this research: just depictions. While I (and the authors) would argue that we should expect a rather high degree of concordance between these preferences and depictions, I would also argue that the translation will be imperfect. This adds another source of variation into the mix which might account for a little bit of the inconsistency we notice. While I don’t doubt that preferences for one trait or another should be expected to vary over time adaptively on the basis on environmental inputs, I think that reflects more on trade-offs that have to made rather than on what some ideal would be in the absence of them. For what it’s worth, I see the current data as rather supportive of the idea that preferences of WHRs are universal features of or psychology, rather than cutting against it.

One comment on “Has A Universal Preference Just Been Challenged?”