At various points in our lives, we have all read or been told anecdotes about how someone turned a bit of their life around. Some of these (or at least variations of them) likely sound familiar: “I cut out bread from my diet and all the sudden felt so much better”; “Amy made a fortune working from home selling diet pills online”; “After the doctors couldn’t figure out what was wrong with me, I started drinking this tea and my infection suddenly cleared up”. The whole point of such stories is to try and draw a casual link, in these cases: (1) eating bread makes you feel sick, (2) selling diet pills is a good way to make money, and (3) tea is useful for combating infections. Some or all of these statements may well be true, but the real problem with these stories is the paucity of data upon which they are based. If you wanted to be more certain about those statements, you want more information. Sure; you might have felt better after drinking that tea, but what about the other 10 people who drank similar tea and saw no results? How about all the other people selling diet pills who were in the financial hole from day one and never crawled out of it because it’s actually a scam? If you want to get closer to understanding the truth value of those statements, you need to consider the data as a whole; both stories of success and stories of failure. However, stories of someone not getting rich from selling diet pills aren’t quite as moving, and so don’t see the light of day; at least not initially. This facet of anecdotes was made light of by The Onion several years ago (and Clickhole had their own take more recently).

“At first he failed, but with some positive thinking he continued to fail over and over again”

These anecdotes often try and throw the spotlight on successful cases (hits) while ignoring the unsuccessful ones (misses), resulting in a biased picture of how things will work out. They don’t get us much closer to the truth. Most people who create and consume psychology research would like to think that psychologists go beyond these kinds of anecdotes and generate useful insights into how the mind works, but there have been a lot of concerns raised lately about precisely how much further they go on average, largely owing the the results of the reproducibility project. There have been numerous issues raised about the way psychology research is conducted: either in the form of advocacy for particular political and social positions (which distorts experimental designs and statistical interpretations) or the selective ways in which data is manipulated or reported to draw attention to successful data without acknowledging failed predictions. The result has been quite a number of false positives and overstated real ones cropping up in the literature.

While these concerns are warranted, it is difficult to quantify the extent of the problems. After all, very few researchers are going to come out and say they manipulated their experiments or data to find the results they wanted because (a) it would only hurt their careers and (b) in some cases, they aren’t even aware that they’re doing it, or that what they’re doing is wrong. Further, because most psychological research isn’t preregistered and null findings aren’t usually published, figuring out what researchers hoped to find (but did not) becomes a difficult undertaking just by reading the literature. Thankfully, a new paper from Franco et al (2016) brings some data to bear on the matter of how much underreporting is going on. While this data will not be the final word on the subject by any means (largely owing to their small sample size), they do provide some of the first steps in the right direction.

Franco et al (2016) report on a group of psychology experiments whose questionnaires and data were made publicly available. Specifically, these come from the Time-sharing Experiments for the Social Sciences (TESS), an NSF program in which online experiments are embedded in nationally-representative population surveys. Those researchers making use of TESS face strict limits on the number of questions they can ask, we are told, meaning that we ought to expect they would restrict their questions to the most theoretically-meaningful ones. In other words, we can be fairly confident that the researchers had some specific predictions they hoped to test for each experimental condition and outcome measure, and that these predictions were made in advance of actually getting the data. Franco et al (2016) were then able to track the TESS studies through to the eventual published versions of the papers to see what experimental manipulations and results were and were not reported. This provided the authors with a set of 32 semi-preregistered psychology experiments to examine for reporting biases.

The first step was to compare the number of experimental conditions and outcome variables that were present in the TESS studies to the number that ultimately turned up in published manuscripts (i.e. are the authors reporting what they did and what they measured?). Overall, 41% of the TESS studies failed to report at least one of their experimental conditions; while there were an average of 2.5 experimental conditions in the studies, the published papers only mentioned an average of 1.8. In addition, 72% of the papers failed to report all their outcomes variables; while there were an average of 15.4 outcome variables in the questionnaires, the published reports only mentioned 10.4  Taken together, only about 1-in-4 of the experiments reported all of what they did and what they measured. Unsurprisingly, this pattern extended to the size of the reported effects as well. In terms of statistical significance, the median reported p-value was significant (.02), while the median unreported p-value was not (.32); two-thirds of the reported tests were significant, while only one-forth of the unreported tests were. Finally, published effect sizes were approximately twice as large as unreported ones.

Taken together, the pattern that emerged is that psychology research tends to underreport failed experimental manipulations, measures that didn’t pan out, and smaller effects. This should come as no surprise to almost anyone who has spent much time around psychology researchers or the researchers themselves who have tried to publish null findings (or, in fact, have tried to publish almost anything). Data is often messy and uncooperative, and people are less interested in reading about the things that didn’t work out (unless they’re placed in the proper contexts, where failures to find effects can actually be considered meaningful, such as when you’re trying to provide evidence against a theory). Nevertheless, the result of such selective reporting on what appears to be a fairly large scale is that the overall trustworthiness of reported psychology research dips ever lower, one false-positive at a time.

So what can be done about this issue? One suggestion that is often tossed around is the prospect that researchers should register their work in advance, making it clear what analyses they will be conducting and what predictions they have made. This was (sort of) the case in the present data, and Franco et al (2016) endorse this option. It allows people to assess research as more of a whole than just relying on the published accounts of it. While that’s a fine suggestion, it only goes so far to improving the state of the literature. Specifically, it doesn’t really help the problem of journals not publishing null findings in the first place, nor does it necessarily disallow researchers from doing post-hoc analyses of their data either and turning up additional false positives. What is perhaps a more ambitious way of alleviating these problems that comes to mind would be to collectively change the way journals accept papers for publication. In this alternate system, researchers would submit an outline of their article to a journal before the research is conducted, making clear (a) what their manipulations will be, (b) what their outcome measures will be, and (c) what statistical analyses they will undertake. Then, and this is important, before either the researcher or the journals know what the results will be, the decision will be made to publish the paper or not. This would allow null results to make their way into mainstream journals while also allowing the researchers to build up their own resumes if things don’t work out well. In essence, it removes some of the incentives for researchers to cheat statistically. The assessment of the journals will then be based not on whether interesting results emerged, but rather on whether a sufficiently important research question had been asked. 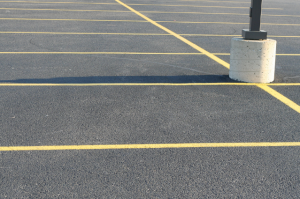 Which is good, considering how often real, strong results seem to show up

There are some downsides to that suggestion, however. For one, the plan would take some time to enact even if everyone was on board. Journals would need to accept a paper for publication weeks or months in advance of the paper itself actually being completed. This would pose some additional complications for journals inasmuch as researchers will occasionally fail to complete the research at all, in timely manner, or submit sub-par papers not worthy of print quite yet, leaving possible publication gaps. Further, it will sometimes mean that an issue of a journal goes out without containing any major advancements to the field of psychological research (no one happened to find anything this time), which might negatively affect the impact factor of the journals in question. Indeed, that last part is probably the biggest impediment to making major overhauls to the publication system that’s currently in place: most psychology research probably won’t work out all that well, and that will probably mean fewer people ultimately interested in reading about and citing it. While it is possible, I suppose, that null findings would actually be cited at similar rates to positive ones, that remains to be seen, and in the absence of that information I don’t foresee journals being terribly interested in changing their policies and taking that risk.