Explanations for things appear to be a truly vexing issue for people in many instances. Admittedly, that might sound a little strange; after all, we seem to explain things all the times without much apparent effort. We could consider a number of examples for explanations of behavior: people punch walls because they’re angry; people have sex because it feels good; people eat certain foods because they prefer those flavors, and so on. Explanations like these seem to come automatically to us; one might even say naturally. The trouble that people appear to have with explanations is with respect to the following issue: there are multiple, distinct, and complimentary ways of explaining the same thing. Now by that I don’t mean that, for instance, someone punched a wall because they were angry and drunk, but rather that there are qualitatively different ways to explain the same thing. For instance, if you ask me what an object is, I could tell you it’s a metallic box that appears to run on electricity and contains a heating element that can be adjusted via knobs; I could also tell you it’s a toaster. The former explanation tells you about various features of the object, while the latter tells you (roughly) what it functions to do (or, at least, what it was initially designed to do). 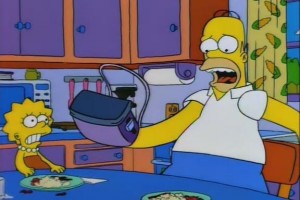 …And might have saved you that trip to the ER.

More precisely, the two issues people seem to run into when it comes to these different kinds of explanations is that they (a) don’t view these explanations as complimentary, but rather as mutually-exclusive, or (b) don’t realize that there are distinct classes of explanations that require different considerations from one another. It is on the second point that I want to focus today. Let’s start by considering the questions found in the first paragraph in what is perhaps their most basic form: “what causes that behavior?” or, alternatively, “what preceding events contributed to the occurrence of the behavior?” We could use as our example the man punching the wall to guide us through the different classes of explanations, of which there are 4 generally-agreed upon categories (Tinbergen, 1963).

The first two of these classes of explanations can be considered proximate – or immediate – causes of the behavior. The standard explanation many people might give for why the man punched the wall would be to reference the aforementioned anger. This would correspond to Tinbergen’s (1963) category of causation which, roughly, can be captured by considerations of how the cognitive systems which are responsible for generating the emotional outputs of anger and corresponding wall-punching work on a mechanical level: what inputs do they use, how are these inputs operated upon to generate outputs, what outputs are generated, what structures in the brain become activated, and so on. It is on this proximate level of causation that most psychological research focuses, and with good reason: the hypothesized proximate causes for behaviors are generally the most open to direct observation. Now that’s certainly not to say that they are easy to observe and distinguish in practice (as we need to determine what cognitive or behavioral units we’re talking about, and how they might be distinct from others), but the potential is there.

The second type of explanation one might offer is also a proximate-type of explanation: an ontological explanation. Ontology refers to changes to the underlying proximate mechanisms that takes place during the course of development, growth, and aging of an organism. Tinbergen (1963) is explicit in what this does not refer to: behavioral changes that correspond to environmental changes. For instance, a predator might evidence feeding behavior in the presence of prey, but not evidence that behavior in absence of prey. This is not good evidence that anything has changed in the underlying mechanisms that generate the behavior in question; it’s more likely that they exist in the form they did moments prior, but now have been provided with novel inputs. More specifically, then, ontology refers, roughly, to considerations of what internal or external inputs are responsible for shaping the underlying mechanisms as they develop (i.e. how is the mechanism shaped as you grow from a single cell into an adult organism). For instance, if you raise certain organisms in total darkness, parts of their eyes may fail to process visual information later in life; light, then, is a necessary developmental input for portions of the visual system. To continue on with the wall-punching example, ontological explanations for why the man punched the wall would reference what inputs are responsible for the development of the underlying mechanisms that would produce the eventual behavior. 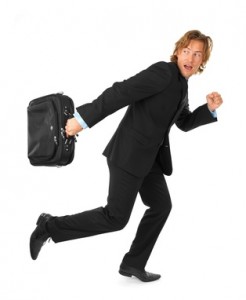 The next two classes of explanations refer to ultimate – or distal – causal explanations. The first of these is what Tinbergen calls evolution, though it could be more accurately referred to as a phylogenetic explanation. Species tend to resemble each other to varying degrees because of shared ancestry. Accordingly, the presence of certain traits and mechanisms can be explained by homology (common descent). The more recently two species diverged from one another in their evolutionary history, the more traits we might expect the two to share in common. In other words, all the great apes might have eyes because they all share a common ancestor who had eyes, rather than because they all independently evolved the trait. Continuing on with our example, the act of wall-punching might be explained phylogenetically by noting that the cognitive mechanisms we possess related to, say, aggression, are to some degree shared with a variety of species.

Finally, this brings us to my personal favorite: survival value. Survival value explanations for traits involve (necessarily-speculative, but perfectly testable) considerations about what evolutionary function a given trait might have (i.e. what reproductively-relevant problem, if any, is “solved” by the mechanism in question). Considerations of function help inform some of the “why” questions of the proximate levels, such as “why are these particular inputs used by the mechanism?”, “why do these mechanisms generate the output they do?”, or “why does this trait develop in the manner that it does?”. To return to the punching example, we might say that the man punched the wall because aggressive responses to particular frustrations might have solved some adaptive problem (like convincing others to give you a needed resource rather than face the costs of your aggression). Considerations of function also manage to inform the evolution, or phylogeny, level, allowing us to answer questions along the lines of, “why was this trait maintained in certain species but not others?”. As another for instance, even if cave-dwelling and non-cave dwelling species share a common ancestor that had working eyes, that’s no guarantee that functional eyes will persist in both populations. Homology might explain why the cave-dweller develops non-functional eyes, but it would not itself explain why those eyes don’t work. Similarly, noting that people punch walls when they are angry alone does not explain why we do so.

All four types of explanations answer the question “what causes this behavior?”, but in distinct ways. This distinction between questions of function and questions of causation, ontogeny, and phylogeny, for instance, can be summed up quite well by a quote from Tinbergen (1963):

No physiologist applying the term “eye” to a vertebrate lens eye as well as a compound Arthropod eye is in danger of assuming that the mechanism of the two is the same; he just knows that the word “eye” characterizes achievement, and nothing more.

Using the word “eye” to refer to a functional outcome of a mechanism (processing particular classes of light-related information) allows us to speak of the “eyes” of different species, despite them making use of different proximate mechanisms and cues, developing in unique fashions over the span of an organism’s life, and having distinct evolutionary histories. If the functional level of analysis was not distinct, in some sense, from analyzes concerning development, proximate functioning, and evolutionary history, then we would not be able to even discuss these different types of “eyes” as being types of the same underlying thing; we would fail to recognize a rather useful similarity. 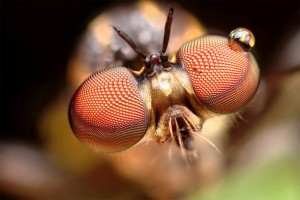 To get a complete (for lack of a better word) understanding of a trait, all four of these questions need to be considered jointly. Thankfully, each level of analysis can, in some ways, help inform the other levels: understanding the ultimate function of a trait can help inform research into how that trait functions proximately; homologous traits might well serve similar functions in different species; what variables a trait is sensitive towards during development might inform us as to its function, and so on. That said, each of these levels of analysis remains distinct, and one can potentially speculate about the function of a trait without knowing much about how it develops, just as one could research the proximate mechanisms of a trait without knowing much about its evolutionary history.

Unfortunately, there has been and, sadly, continues to be, some hostility and misunderstandings with respect to certain levels of analyzes. Tinbergen (1963) had this to say:

It was a reaction against the habit of making uncritical guesses about the survival value, the function, of life processes and structures. This reaction, of course healthy in itself, did not (as one might expect) result in an attempt to improve methods of studying survival value; rather it deteriorated into lack of interest in the problem – one of the most deplorable things that can happen in science. Worse, it even developed into an attitude of intolerance: even wondering about survival value was consider unscientific

That these same kinds of criticisms continue to exist over 50 years later (and they weren’t novel when Tinbergen was writing either) might suggest that some deeper, psychological issue exists surrounding our understanding of explanations. Ironically enough, the proximate functioning of the mechanisms that generate these criticisms might even give us some insight into their ultimate function. Then again, we don’t want to just end up telling stories and making assumptions about why traits work, do we?