For the last week, I have found myself residing in the blissful haven that I would call a video game coma. With new content for another game on the horizon, the good news doesn’t stop rolling in for me. While video games might be a great source of recreation and pleasure, did you know that playing video games has all sorts of positive consequences? Among the many documented benefits, they serve a wonderful ego-boosting function, lead to increases in mental acuity and intelligence, help build social skills and, perhaps shockingly, even help build muscle mass while burning fat. In fact, an hour of gaming can be directly compared to an hour of strenuous exercise at the gym in terms of physique and health outcomes. Now I can assure you that all these things happen to be true so long as you don’t ask me for a source. Unfortunately, these results will never see publication in the current mainstream of psychological journals, owing to the fact that editorial boards demand that such claims be met with empirical support. 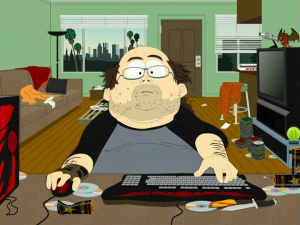 In this day and age, psychological research finds itself in a tough spot. There have been claims made that researchers are manipulating their data in various ways to try and find statistically-significant results – a practice known as p-hacking or employing researcher degrees of freedom. Assuming that such practices are not employed by researchers, journals are already notorious for only publishing positive findings, avoiding publishing failures to replicate. There have even been a few prominent cases of data being flat-out fabricated by researchers. Even foregoing these issues, there are also always concerns raised by critics that some experiments might be so poorly designed that the data obtained from them doesn’t really tell us much of value. It’s almost as if we’re supposed to believe that leading questions are bad things for making scientific progress. All this trouble with data in psychology – from it not existing, to it not cooperating, through it being useless – is a relatively constant headache for many otherwise-talented researchers seeking outlets for their conclusions.

The lack of data cooperation is especially troublesome for those of us who have political or personal agendas to advance through our research. For example, the majority of people can agree that sexism against women must be put to an end. To ensure that other people take up this cause, it’s important to put out demonstration after demonstration about how each and every sex difference can be attributed in whole to both overt and subtle types of sexism against women. What is a researcher to do, then, if it turns out the conclusion they began with is not being supported by the data? Are they to just abandon their cause in that instance, or perhaps modify their stance? Of course not, but going back in and trying to make the data fit the conclusion can be a time consuming and occasionally unsuccessful process. This, my colleagues, is where I am proud to announce that I – along with my collaborators – have managed to solve these problems with our new journal, Psychological Feelings Review. The underpinnings of this journal will change the face of psychology forever. 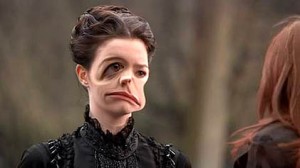 Quite the improvement, if I do say so myself

Our journal is a mere fledgling right now, and we do assume there will be criticism from the lame-stream of psychology who are seeking desperately to maintain their structural power monopoly on what they deem to be truth; an idea recently confirmed in our first forthcoming issue. In order to help authors respond to these criticisms, the editorial board has put together the following quick list of suggestions: first and foremost, remember, do not reference data in your replies to mainstream outlets; don’t start playing the game they want to play. Instead, try and assassinate the character of the author(s) you are replying to, such as by claiming they hate minority groups, that their ideas have grave social implications likely to lead to genocide, or that they have been credibly threatening you and your pets with violence to try and shut you up. Alternatively, you can also add some section to your reply making it clear that you “can’t even right now”, while also suggesting that your detractors need to go out and educate themselves. This latter tactic is especially effective, as it takes the burden off you needing to source your obviously-true claim while also casting doubt on the credibility of the critic: if your critics can’t be trusted to be well-informed about the topic in question, their concerns and comments can be safely dismissed as the ravings of an angry madman, all while you establish yourself as the insightful party who just doesn’t have the time or mental energy to deal with them; they’re just too far beneath you for you to even bother.

We also strongly encourage women and minority groups to submit to Psychological Feelings Review, as the questioning of conclusions from these groups can be taken as prima facie evidence of sexist or racist biases, allowing critics to be more safely dismissed. If you happen to not be a member of these groups, we would also strongly encourage you to at least publicly claim you are. The same guidelines hold for research on topics which the author has a personal history with. For instance, if you are concluding things about the negative effects of objectification, make sure to recount some moving personal anecdote about a time you’re moderately sure you were personally and severely disadvantaged because of it. Nothing says “objectively right” quite like a strong vested interest in the conclusion you’re pushing. If the conclusions sit well with other people’s intuitions, there’s a lower probability of them being questioned, and anecdotes help here; if they do not, you then have the ability to complain loudly about having your lived experiences erased by arrogant bigots who couldn’t possibility begin to understand what they’re talking about. 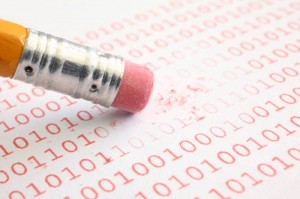 Don’t let other people’s experiences speak for them; that’s your job

Finally, we do anticipate that our journal will receive more submissions than could possibly be published, owing to space and time constraints. Until other journals take up our data-exclusionary methods, we will be forced into the uncomfortable position of having to only publish the conclusions that support our personal biases to the highest degree, or at least the ones we find most interesting after a night of heavy drinking. While this peer-review process might seem harsh, we believe it is one of the existing traditions of psychological review and publication that should be maintained in its current form, owing to its completely open-ended and intuition-based nature. After all, confronting challenges to one’s worldview is always unpleasant, so it seems selfish that any of you would ask us to do so in order to publish your work. Anyone submitting such papers really needs to get a life, and quit being so malicious towards us. I just…can’t even right now.