There’s a lot to be said for studying behavior in the laboratory or some other artificially-generated context: it helps a researcher control a lot of the environment, making the data less noisy. Most researchers abhor noise almost as much they do having to agree with someone (when agreement isn’t in the service of disagreeing with some mutual source of contention, anyway), so we generally like to keep things nice and neat. One of the downsides of keeping things so tidy is that the world often isn’t, and it can be difficult to distinguish between “noise” and “variable of interest” at times. The flip-side of this issue is that the environment of the laboratory can also create certain conditions, some that are not seen in the real world, without realizing it. Needless to say, this can have an effect on the interpretation of results. 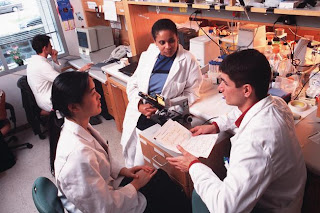 “Few of our female subjects achieved orgasm while under observation by five strangers. Therefore, reports of female orgasm must be a myth”.

Here’s a for instance: say that you’re fortunate enough to find some money just laying around, perhaps on the street, inexplicably in a jar in front of a disheveled-looking man. Naturally you would collect the discarded cash, put it into your wallet, and be on your way. What you probably wouldn’t do is give some of that cash to a stranger anonymously, much less half of it, yet this is precisely the behavior we see from many people in a dictator game. So why do they do it in the lab, but not in real life?

Part of the reason seems to lie in the dictator’s perceptions of the expectations of the receivers. The rules of game set up a sense of entitlement on the behalf of the receivers – complete with a sense of obligation on behalf of the dictator – with the implicit suggestion being that dictators are supposed to share the pot, perhaps even fairly. But suppose there was a way to get around some of those expectations – how might that affect the behavior of dictators? 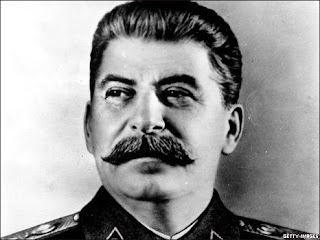 “Oh, you can split the pot however you want. You can even keep it all if you don’t care about anyone but yourself. Just saying…”

The possibility was examined by Dana, Cain, and Dawes (2006), who ran the standard dictator game at first, telling dictators to decide how to divide up $10 between themselves and another participant. After the subjects entered their first offer, they were then given a new option: the receivers didn’t know the game was being played yet, and if the dictators wanted, they could take $9 and leave, which means the receivers would get nothing, but would also never know they could have gotten something. Bear in mind, the dictators could have kept $9 and give a free dollar to someone else, or keep an additional dollar with the receiver still getting nothing in their initial offer, so this exit option destroys overall welfare for true ignorance. When given this option, about a third of the dictators opted out, taking the $9 welfare destroying option and leaving to make sure the receiver never knew.

These dictators exited the game when there was no threat of them being punished for dividing unfairly or having their identity disclosed to the receiver, implying that this behavior was largely self-imposed. This tells us many dictators aren’t making positive offers – fair or otherwise – because they find the idea of giving away money particularly thrilling. They seem to want to appear to be fair and generous, but would rather avoid the costs of doing so, or rather the costs of not doing so and appearing selfish. There were, however, still a substantial number of dictators who offered more than nothing. There are a number of reasons this may be the case, most notably because the manipulation only allowed dictators to bypass the receiver’s sense of entitlement effectively, not their own sense of obligation that the game itself helped to create.

Another thing this tells us is that people are not going to respond universally gratefully to free money – a response many dictators apparently anticipated. Finding a free dollar on the street is a much different experience than being given a dollar by someone who is deciding how to divide ten. One triggers a sense of entitlement – clearly, you deserve more than a free dollar, right? – the other does not, meaning one will tend to be viewed as a loss, despite the fact that it isn’t.

How these perceptions of entitlement change under certain conditions will be the subject of the next post.