Homosexuality – male homosexuality in particular – poses a real evolutionary mystery that researchers have been trying to solve for at least the past two decades without much success. Though many explanations have been put forth to try and find the hidden fitness benefits that might allow male homosexuality to persist in the substantial minority of the population that it does despite the substantial fitness costs to the sexual preference, all the adaptive explanations have been left wanting. Decades of failed research has not seemed to have deterred new hypothesizing, though. For better or worse, I find the tenacity of the adaptive hypotheses for homosexuality to be fascinating: it is as if people cannot accept, or even consider the possibility, that homosexuality might not carry any reproductive benefits, hidden, indirectly, or otherwise. Were other key adaptations (that are not sexual orientation) to fail to develop in an adaptive fashion early in life – such as vision or hearing – I don’t think many people would be trying to find the hidden reproductive benefits or functions to being blind or deaf. The causes, certainly, but not the benefits.

“But what if being blind caused him to invest more in kin…?”

On the subject, there’s a new paper out in Evolution and Human Behavior (Barthes, Godelle, & Raymond, 2013: H/T to Dan) that, again, asks whether there might be some hidden fitness benefit associated with male homosexuality. In this case, the focus of the benefits are the female sisters of male homosexuals. The theory goes like this: after the advent of agriculture, social classes began to take root as large quantities of resources could now be generated and defended. Women could thus gain some reproductive advantage were they able to pair with men of higher social status who had these resources; a preference for doing so is known as hypergyny. However, only a small proportion of these pairings occur across social classes: women of higher social classes tended to marry men of higher social classes, and likewise for the lower classes. Accordingly, any trait that could help women mate upwards in the social ladder would have been selected for, even if it came at some expense to male reproductive fitness.

So, in this theory, male homosexual preference is a byproduct of females being able to better pursue their hypergynous inclinations. The male reproductive disadvantage from developing a homosexual preference would be more than offset by the presumed increases to female fertility and/or attractiveness to higher-status males. One distinct advantage that the authors feel this theory has is its ability to explain why male homosexual preference seems to be exclusively human (the one notable exception might be rams, a species with a history of co-residence with humans). Since male homosexuality only came to be after the advent of agriculture, long-term pair bonds, and the establishment of social classes, which other species tend to not have, this helps explain why we don’t see sexually-antagonistic male homosexuality in other species. It’s a neat idea, but neatness alone doesn’t win the day in the world of science, so let’s move on to consider what data they bring to bear on this hypothesis.

The first piece of “evidence” they present in support of this hypothesis is a mathematical model attempting to demonstrate the conditions under which such a genotype could come to exist. I’ve previously made my stance on the usefulness of such models rather explicit, but I’ll restate it here in a sentence: these models are philosophical intuitions written in the form of math, rather than English (or the language of your choice), and can be used to demonstrate literally anything. Since the models are only as good as their match to reality, my concern is, justifiably, on the extent of that match rather than the model itself. The evidence presented in terms of said match is an examination of the anthropological record of 48 societies to find out where the presence of homosexuality has been recorded, where it seems to be absent, and where it might exist. Further, these societies were also assessed in terms of how socially stratified they were, and these results were compared to the presence of male homosexual preference. The results showed that increasing social stratification was correlated with a increases in finding the presence of male homosexual preference. 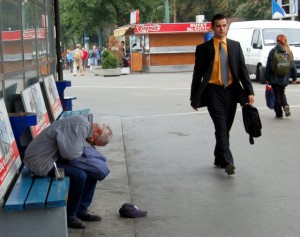 Does the income disparity in America see a little…gay…to you?

When it comes to the social stratification hypothesis, should you not believe the hype, or does it bring the noise? We can begin by noting that the empirical support here is extremely weak. The paper doesn’t test to see whether more social stratification leads to more homosexuality; it merely examines whether societies that are socially stratified are more likely to have homosexual preference present or absent. Such a correlation is unlikely to be very informative, much less establish any kind of causation. Second, the paper didn’t bother to examine whether the female relatives of male homosexuals tended to actually be any more likely to marry up, or be more fertile, or be more attractive, which seems like necessary components of this model. Positing design features in a trait and then not bothering to see if those design features are present seems like poor research design. Those two points are, however, only the two things the authors talked about and didn’t test: there are also points the authors fail to mention, which I think have a strong bearing on their hypothesis.

The first of these points is that the paper makes no mention of the genetic data showing that monozygotic male twins are only concordant for a homosexual orientation around 30% of the time. This means that though the authors suggest some genes might make it more likely that a male develops a homosexual orientation, they fail to specify precisely which factors are important for developing one and why some twins fail to end up with the same orientation. So that leaves no mention of the genetic data, no mention of a developmental story, and no good test of the paper’s main contentions. I’m not sure to what extent this lack of any good empirical tests is the result of the paper’s reliance on a mathematical model, but I will note that, in my personal experience, there seems to a correlation between generating these models and poorly supporting them empirically.

There is, however, one final point I would like to mention that the authors don’t seem to really make any mention of. Part of their model requires that females have a preference for hypergyny but, in order for this preference to exist, it requires differences in social status to exist. After all, you can’t select mates on a non-existent criteria. If the authors are postulating, which they seem to be, that such a mate criteria didn’t exist in force before the advent of agriculture, it begs the question as to where this female mate preference for higher status men came from in the first place. This would require one of two things for the model: first, either that agriculture arose, followed by the female mate preference, followed by male homosexual preference, which is an awful lot to ask of 10,000 years.

Alternatively, one could argue, that differences in male status and its effect on female fitness likely predated agriculture and, further, that this preference might have been exaggerated to some degree and in some places in relative recent time periods. This would imply, in terms of the social stratification model, that the selection pressures responsible for generating the conditions for homosexuality were already in existence beforehand, so homosexuality is likely older than agriculture. If that is the case, then evolution would have had much more time to strip out the deleterious effects of any sexually antagonism. So, really, neither answer to this last concern bodes well for the model. 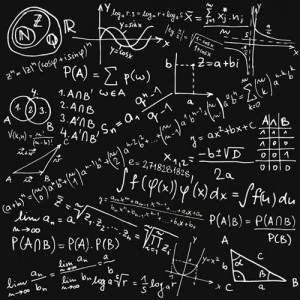 At least they had a mathematical model, which really saved things…

As I initially stated, I find the emphasis that people place on finding an adaptive explanation for homosexuality to be a bit curious. I would like to add that I also find the emphasis that some people are willing to place on mathematical models curious as well. There are a not insignificant percentage of academics who seem to find mathematical models to be impressive despite many cases, like this one, where they don’t seem to add much to the discussion. I get the impression that if these models were written in English, rather than math, people would be far less swayed by them, as it would make clear precisely how much many of them appear to just assume or ignore. Once the assumptions are stripped away, all this paper seems to add is a correlation between social stratification and the mere existence of homosexuality. Then again, it seems to persuade the reviewers to publish it, so maybe there’s something I’m missing…

12 comments on “A New Theory For Homosexuality: A Lot Like The Old Ones”