In last week’s post, I reviewed some evidence that video games do not appear to be doing any damage to women, either in the form of encouraging negative sexism against them or making them internalize any of those ideas themselves. This should be considered good news for the people who have been doing a lot of hand wringing over sexism being encouraged in recreational media, though I suspect many of them will not be overjoyed with the findings. This ironic lack of enthusiasm about such data, where it exists, could be chalked up to those who have a vested social interest – and perhaps even established careers – in the notion that women are being disadvantaged and discriminated against, as victimhood can grant one a paradoxically strong position in the right contexts. Accordingly, a lack of evidence concerning discrimination and sexism would be threatening the goose that lays the golden eggs, so to speak. All the worse for the hand-wringers, some new data has just been published suggesting that women are actually finding themselves advantaged in the realm of obtaining STEM faculty careers. 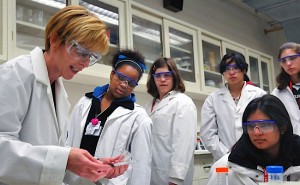 “There are too many successful women; it’s tanking my dissertation”

The good news will get even worse for those who would, somewhat perversely, prefer to read about data suggesting women are being harmed, despite opposing that outcome: the data upon which those results are based are rather comprehensive. Heading off the standard claims of non-representative samples, the current paper (Williams & Ceci, 2015) presents data from approximately 900 faculty members across 50 states and 371 universities, tested between 5 different experiments and utilizing 20 different sets of materials. Williams & Ceci (2015) even provided an additional incentive ($25) to sample of about 100 subjects to elicit a higher response rate (about 90%) so as to ensure those who responded to their solicitation (about 35%) were deemed unlikely to be different than those who failed to respond.  As far as typical research within psychology goes, this data set represents a truly Herculean feat of collection and validation.

With that piece out of way, let’s consider what the researchers did and what they found. In the first experiment, (N = 363, equally split between men and women), faculty in biology, psychology, economics, and engineering were presented with three candidates to assess for an associate professor position at their university. While the target candidate’s credentials were held constant, their gender was varied via references to them as “he” or “she”. The target was also described on lifestyle variables related to martial and parental status. When compared against an identical candidate, women were favored 67% of time over men, representing a 2-to-1 female advantage; a result which held pretty consistently across types of institutions, sex of participants, lifestyles of the targets, and field of study. Apples-to-apples, women seemed to be heavily favored as job candidates. The only exception to this pattern was that male economists were markedly unbiased with respect to the sex of the applicants. Good for you, male economists; you seem to be a very fair-minded bunch.

When divergent lifestyles of the targets were compared against each other in experiment 2 (N = 144), some changes in that effect were observed. When comparing a married male with a stay-at-home spouse to a divorced mother, both of whom had two young children, female participants preferred the divorced mother 71% of the time, whereas male participants preferred the father 57%. While there was a sex difference in that apples-to-oranges case, when it was a single, childless woman competing against a married father, the woman won 3:1 with male participants and 4:1 with females. This is in line with some recent data concerning young, single women out-earning their male peers. 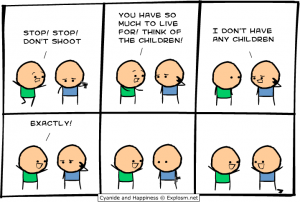 Nothing will ever beat that lack of baggage

Another sex difference popped up in experiment 3 (N = 204), where a man or woman who took a one year paternity/maternity leave in graduate school was compared against one who did not, though both had children. Whereas the male faculty preferred the woman who took a leave over the one who did not by 2:1, they didn’t seem care to whether the man did. The female participants similarly didn’t care about male paternity leave, though they favored the woman who continued to work about 2:1 over the woman who took the leave. Maternity leave during graduate school may or may not hurt, then, depending on the sex of the person doing the assessing. For female faculty, it’s a bad thing; for males, it’s good.

In experiment 4, a smaller sample was used (35 engineering professors), but the prospective candidates now came complete with a full CV, rather than just a narrative summary. The same difference in favor of women came out as in study 1 (it was actually slightly more favorable towards the women, though not substantially so), and that’s for engineering; one of the more male-dominated professions out there. Finally, experiment 5 asked participants to evaluate single candidates, rather than choose among three different ones. Now each candidate had to stand on their own merits, removing some potential for socially-desirable comparisons being made, such as a man against a woman. When rating the candidates individually on a 1-10 scale of desirability as a hire, participants (N = 127) gave the identical female a full point higher on the scale, relative to the male (8.2 and 7.1, respectively). They really seemed to like the women more.

Not to put too fine of a point on it, but if these preferences were found to run against women, rather than in favor of them, I can only imagine the hordes of people who would be tripping over each other to be the most offended and outraged by them. As it stands, the authors’ conclusions that relatively low female representation in some fields is likely a product of women applying for them in fewer numbers, rather than any bias against women in the hiring process, seems reasonable. In fact, to the extent that women are being told that these areas are biased against them (when the opposite is true), the representation gap might even be encouraged, since no one wants to apply to work in a field they think will be hostile to them. So, if you’re a woman looking to get into the STEM fields, now might be a good time to try. 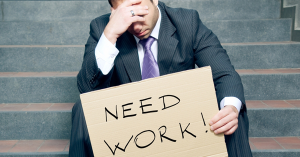 As for me, it’s back to the applications. By the way, got any change?

Now the reasons this bias in favor of women exists is a matter for speculation. My immediate guess on the matter would be that faculty seem to favor good female candidates over equally-good males because they are trying to, for lack of a better word, look good. Many people seem to have truly embraced the idea of diversity (inasmuch as things like sex/race per se make people more diverse in meaningful ways), and want to come off as accepting and tolerant: their only concern is getting more diverse people to apply. This speculation would hold at least as much as including more women is concerned; I don’t know that fields in which women dominate are actively looking to recruit more men to diversify the place up. They might be, but I don’t know of them.

Will this finding be tolerated or embraced by certain vocal subgroups of people who want to see sexism against women ended? I suspect not. Instead, I imagine this data will be treated the same way some previous data about traffic stops was: even when they find a female advantage, they will continue to dig for specific cases in which women were disadvantaged. They already have their conclusion – women are discriminated against – they just have to find the evidence. As it turns out, that last part can be tricky.

One comment on “A Great Time For Women In STEM”