There was a stage in my life, several years back, where I was a bit of a chronic internet debater. As anyone who has engaged in such debates – online or off, for that matter – can attest to, progress can be quite slow if any is observed at all. Owing to the snail’s pace of such disputes, I found myself investing more time in them than I probably should have. In order to free up my time while still allowing me to express my thoughts, I created my own site (this one) where I could write about topics that interested me, express my view points, and then be done with them, freeing me from the quagmire of debate. Happily, this is a tactic that has not only proven to be effective, but I like to think that it has produced some positive externalities for my readers in the form of several years worth of posts that, I am told, some people enjoy. Occasionally, however, I do still wander back into a debate here and there, since I find them fun and engaging. Sharing ideas and trading intellectual blows is nice recreation. 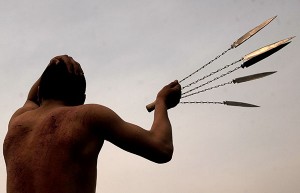 In the wake of the recent shooting in Charleston, the debate I found myself engaged in concerned the arguments for the moral and legal removal guns from polite society, and I wanted to write a bit about it here, serving both the purposes of cleansing it from my mind and, hopefully, making an interesting point about our moral psychology in the process. The discussion itself centered around a clip from one of my favorite comedians, Jim Jefferies, who happens to not be a fan of guns himself. While I recommend watching the full clip and associated stand-up because Jim is a funny man, for those not interested in investing the time and itching to get to the moral controversy, here’s the gist of Jim’s views about guns:

While Jim notes that there’s nothing wrong with saying, “I like something; don’t take it away from me”, the rest of the routine goes through various discussions of how other arguments for the owning of guns are, in Jim’s word’s, bullshit (including owning guns for self-defense or the overthrow of an oppressive government. For a different comedic perspective, see Bill Burr).

Laying my cards on the table, I happen to be one of those people who enjoys shooting recreationally (just target practice; I don’t get fancy with it and I have no interest in hunting). That said, I’m not writing today to argue with any of Jim’s points; in fact, I’m quite sympathetic to many of the concerns and comments he makes: on the whole, I feel the expected value of guns, in general, to be a net cost for society. I further feel that if guns were voluntarily abandoned by the population, there would probably be many aggregate welfare benefits, including reduced rates of suicide, homicide, and accidental injury (owing to the possibility that many such conflicts are heat of the moment issues, and lacking the momentary ability to employ deadly force might mean it’s never used at all later). I’m even going to grant his point I quoted above: the best justification for owning a gun is recreational in nature. I don’t ask that you agree or disagree with all this; just that you follow the logical form of what’s to come.

Taking all of that together, the argument for enacting some kind of legal ban of guns – or at the very least the moral condemnation of the ability to own them – goes something like this: because the only real benefit to having a gun is that you get to have some fun with it, and because the expected costs to all those guns being around tend to be quite high, we ought to do away with the guns. The welfare balance just shifts away from having lots of deadly weapons around. Jim even notes that while most gun owners will never use their weapons intentionally or accidentally to inflict costs on others or themselves, the law nevertheless needs to cater to the 1% or so of people who would do such things. So, this thing – X – generates welfare costs for others which far outstrip its welfare benefits, and therefore should be removed. The important point of this argument, then, would seem to focus on these welfare concerns. 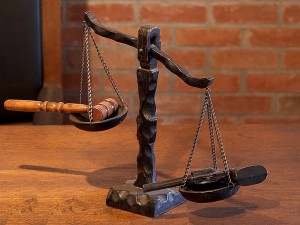 Coincidentally, owning a gun may make people put a greater emphasis on your concerns

The interesting portion of this debate is that the logical form of the argument can be applied to many other topics, yet it will not carry the same moral weight; a point I tried to make over the course of the discussion with a very limited degree of success. Ideas die one person at a time, the saying goes, and this debate did not carry on to the point of anyone losing their life.

In the case, we can try and apply the above logic to the very legal, condoned, and often celebrated topic of alcohol. On the whole, I would expect that the availability of alcohol is a net cost for society: drunk driving deaths in the US yield about 10,000 bodies (a comparable number to homicides committed with a firearm), which directly inflict costs on non-drinkers. While it’s more difficult to put numbers on other costs, there are a few non-trivial matters to consider, such as the number of suicides, assaults, and non-traffic accidents encouraged by the use of alcohol, the number of unintended pregnancies and STIs spread through more casual and risky drunk sex, as well as the number of alcohol-related illnesses and liver damage. Broken homes, abused and neglected children, spirals of poverty, infidelity, and missed work could also factor into these calculations somewhere. Both of these products – guns and booze – tend to inflict costs on individuals other than the actor when they’re available, and these costs appear to be substantial,

So, in the face of all those costs, what’s the argument in favor of alcohol being approved of, legally or moally? Well, the best and most common argument seems to be, as Jim might say, “Fuck off; I like drinking”. Now, of course, there are some notable differences between drinking and owning guns, mainly being that people don’t often drink to inflict costs on others while many people do use guns to intentionally do harm. While the point is well taken, it’s worth bearing in mind that the arguments against guns are not the same arguments against murder. The argument as it pertains to guns seemed to be, as I noted above, that regular people should not be allowed to own guns because some small portion of the population that does have one around will do something reprehensible or stupid with it, and that these concerns trump the ability of the responsible owners to do what they enjoy. Well, presumably, we could say the same thing about booze: even if most people who drink don’t drive while drunk, and even if not all drunk drivers end up killing someone, our morals and laws need to cater to that percentage of people that do.

(As an aside, I spent the past few years at New Mexico State University. One day, while standing outside a classroom in the hall, I noticed a poster about drunk driving. The intended purpose of the flyer seemed to be to inform students that most people don’t drive drunk; in fact, about 75% students reported not driving under the influence, if I recall correctly. That does mean, of course, that about 1 in 4 students did at some point, which is a worrying figure; perhaps enough to make a solid argument for welfare concerns)

There is also the matter of enforcement: making alcohol illegal didn’t work out well in the past; making guns illegal could arguably be more successful on a logistical level. While such a point is worth thinking about, it is also a bit of a red herring from the heart of the issue: that is, most people are not opposed to the banning of alcohol because it’s difficult in practice, but otherwise supportive of the measure on principle; instead, people seem as if they would oppose the idea even if it could be implemented efficiently. People’s moral judgments can be quite independent of enforcement capacity. Computationally, it seems like the judgments concerning whether something is worth condemning in the first place ought to proceed judgments about whether it could be done feasibly, simply because the latter estimation is useless without the former. Spending time thinking about what one could punish effectively without any interest in following through would be like thinking about all the things one could chew and swallow when they’re hungry, even if they wouldn’t want to eat them. 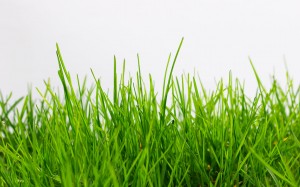 Plenty of fiber…and there’s lots of it….

There are two points to bear in mind from this discussion to try and tie it back to understanding our own moral psychology and making a productive point. The first is that there is some degree of variance in moral judgments that is not being determined by welfare concerns. Just because something ends up resulting in harm to others, people are not necessarily going to be willing to condemn it. We might (not) accept a line of reasoning for condemning a particular act because we have some vested interest in (encouraging) preventing it while categorically (accepting) rejecting that same line in other cases where our strategic interests run in the opposite direction; interests which we might not even be consciously aware of in many cases. This much, I suspect, will come as no surprise to anyone, especially because other people in debates are known for being so clearly biased to you, the dispassionate observer. Strategic interests lead us to preference our own concerns.

The other point worth considering, though, is that people raise or deny these welfare concerns in the interests of being persuasive to others. The welfare of other people appears to have some impact on our moral judgments; if welfare concerns were not used as inputs, it would seem rather strange that so many arguments about morality often lean so heavily and explicitly upon them. I don’t argue that you should accept my moral argument because it’s Sunday, as that fact seems to have little bearing to my moral mechanisms. While this too might seem obvious to people (“of course other people’s suffering matters to me!”), understanding why the welfare of others matters to our moral judgments is a much trickier explanatory issue than understanding why our own welfare matters to us. Both of these are matters that any complete theory of morality needs to deal with.