Today I wanted to cover a theoretical matter I’ve discussed before but apparently not on this site: the idea of epigenetic intergenerational transmission. In brief, epigenetics refers to chemical markers attached to your DNA that regulate how it’s expressed and regulated without changing the DNA itself. You could imagine your DNA as a book full of information and each cell in your body contains the same book. However, not every cell expressed the full genome; each cell only expresses part of it (which is why skin cells are different from muscle cells, for instance). The epigenetic portion, then, could be thought of as black tape placed over certain passages in the books so they are not read. As this tape is added or removed by environmental influences, different portions of the DNA will become active. From what I understand about how this works (which is admittedly very little at this juncture), usually these markers are not passed onto offspring from parents. The life experiences of your parents, in other words, will not be passed onto you via epigenetics. However, there has been some talk lately of people hypothesizing that not only are these changes occasionally (perhaps regularly?) passed on from parents to offspring; the implication seems to be present that they also might be passed on in an adaptive fashion. In short, organisms might adapt to their environment not just through genetic factors, but also through epigenetic ones. 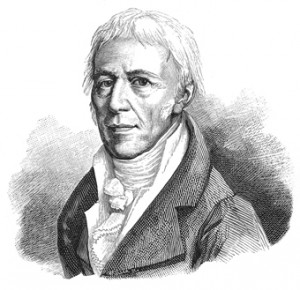 Who would have guessed Lamarckian evolution was still alive?

One of the examples given in the target article on the subject concerns periods of feast and famine. While rare in most first-world nations these days, these events probably used to be more recurrent features of our evolutionary history. The example there involves the following context: during some years in early 1900 Sweden food was abundant, while during other years it was scarce. Boys who were hitting puberty just at the time of a feast season tended to have grandchildren who died six years earlier than the grandchildren of boys who have experienced famine season during the same developmental window. The causes of death, we are told, often involving diabetes. Another case involves the children of smokers: men who smoked right before puberty tended to have children who were fatter, on average, than fathers who smoked habitually but didn’t start until after puberty . The speculation, in this case, is that development was in some way affected in a permanent fashion by food availability (or smoking) during a critical window of development, and those developmental changes were passed onto their sons and the sons of their sons.

As I read about these examples, there were a few things that stuck out to me as rather strange. First, it seems odd that no mention was made of daughters or granddaughters in that case, whereas in the food example there wasn’t any mention of the in-between male generation (they only mentioned grandfathers and grandsons there; not fathers). Perhaps there’s more to the data that is let on there but – in the event that no effects were found for fathers or daughters or any kind – it is also possible that a single data set might have been sliced up into a number of different pieces until the researchers found something worth talking about (e.g., didn’t find an effect in general? Try breaking the data down by gender and testing again). Now that might or might not be the case here, but as we’ve learned from the replication troubles in psychology, one way of increasing your false-positive rate is to divide your sample into a number of different subgroups. For the sake of this post, I’m going to assume that is not the case and treat the data as representing something real, rather than a statistical fluke.

Assuming this isn’t just a false-positive, there are two issues with the examples as I see them. I’m going to focus predominately on the food example to highlight these issues: first, passing on such epigenetic changes seems maladaptive and, second, the story behind it seems implausible. Let’s take the issues in turn.

To understand why this kind of inter-generational epigenetic transmission seems maladaptive, consider two hypothetical children born one year apart (in, say, the years 1900 and 1901). At the time the first child’s father was hitting puberty, there was a temporary famine taking place and food was scarce; at the time of the second child, the famine had passed and food was abundant. According to the logic laid out, we should expect that (a) both children will have their genetic expression altered due to the epigenetic markers passed down by their parents, affecting their long-term development, and (b) the children will, in turn, pass those markers on to their own children, and their children’s children (and so on). 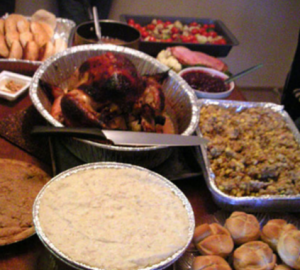 The big Thanksgiving dinner that gave your grandson diabetes

The problems here should become apparent quickly enough. First, let’s begin by assuming these epigenetic changes are adaptive: they are passed on because they are reproductively useful at helping a child develop appropriately. Specifically, a famine or feast at or around the time of puberty would need to be a reliable cue as to the type of environments their children could expect to encounter. If a child is going to face shortages of food, they might want to develop in a different manner than if they’re expecting food to be abundant.

Now that sounds well and good, but in our example these two children were born just a year apart and, as such, should be expected to face (broadly) the same environment, at least with respect to food availability (since feast and famines tends to be more global). Clearly, if the children were adopting different developmental plans in response to that feast of famine, both of them (plan A affected by the famine and plan B not so affected) cannot be adaptive. Specifically, if this epigenetic inheritance is trying to anticipate children’s future conditions by those present around the time of their father’s puberty, at least one of the children’s developmental plans will be anticipating the wrong set of conditions. That said, both developmental plans could be wrong, and conditions could look different than either anticipated. Trying to anticipate the future conditions one will encounter over their lifespan (and over their children’s and grandchild’s lifespan) using only information from the brief window of time around puberty seems like a plan doomed for failure, or at least suboptimal results.

A second problem arises because these changes are hypothesized to be intergenerational: capable of transmission across multiple generations. If that is the case, why on Earth would the researchers in this study pay any mind to the conditions the grandparents were facing around the time of puberty per se? Shouldn’t we be more concerned with the conditions being faced a number of generations backs, rather than the more immediate ones? To phrase this in terms of a chicken/egg problem, shouldn’t the grandparents in question have inherited epigenetic markers of their own from their grandparents, and so on down the line? If that were the case, the conditions they were facing around their puberty would either be irrelevant (because they already inherited such markers from their own parents) or would have altered the epigenetic markers as well.

If we opt for the former possibility, than studying grandparent’s puberty conditions shouldn’t be too impactful. However, if we opt for the latter possibility, we are again left in a bit of a theoretical bind: if the conditions faced by the grandparents altered their epigenetic markers, shouldn’t those same markers also have been altered by the parent’s experiences, and their grandson’s experiences as well? If they are being altered by the environment each generation, then they are poor candidates for intergenerational transmission (just as DNA that was constantly mutating would be). There is our dilemma, then: if epigenetics change across one’s lifespan, they are unlikely candidates for transmission between generations; if epigenetic changes can be passed down across generations stably, why look at the specific period pre-puberty for grandparents? Shouldn’t we be concerned with their grandparents, and so on down the lines? 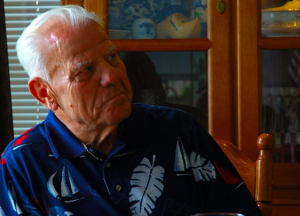 “Oh no you don’t; you’re not pinning this one all on me”

Now, to be clear, a famine around the time of conception could affect development in other, more mundane ways. If a child isn’t receiving adequate nutrition at the time they are growing, then it is likely certain parts of their developing body will not grow as they otherwise would. When you don’t have enough calories to support your full development, trade-offs need to be made, just like if you don’t have enough money to buy everything you want at the store you have to pass up on some items to afford others. Those kinds of developmental outcomes can certainly have downstream effects on future generations through behavior, but they don’t seem like the kind of changes that could be passed on the way genetic material can. The same can be said about the smoking example provided as well: people who smoked during critical developmental windows could do damage to their own development, which in turn impacts the quality of the offspring they produce, but that’s not like genetic transmission at all. It would be no more surprising than finding out that parents exposed to radioactive waste tend to have children of a different quality than those not so exposed.

To the extent that these intergenerational changes are real and not just statistical oddities, it doesn’t seem likely that they could be adaptive; they would instead likely reflect developmental errors. Basically, the matter comes down to the following question: are the environmental conditions surrounding a particular developmental window good indicators of future conditions to the point you’d want to not only focus your own development around them, but also the development of your children and their children in turn? To me, the answer seems like a resounding, ‘”No, and that seems like a prime example of developmental rigidity, rather than plasticity.” Such a plan would not allow offspring to meet the demands of their unique environments particularly well. I’m not hopeful that this kind of thinking will lead to any revolutions in evolutionary theory, but I’m always willing to be proven wrong if the right data comes up.