As this year winds itself to a close, I’ve decided to treat myself to writing another post that allows me to engage more fully in my debating habit. The last post I did along these lines dealt with the apparent moral objection some people have for taking money from the wrong person, and why I felt they were misplaced. Today, the subject will be PZ Myers, who, as normally seems to be the case, appears to still have a dim view of evolutionary psychology. In this recent post, PZ suggested that evolutionary psychology is rotten right down to its theoretical core because of an apparently fatal misconception: adaptationism. Confusingly, PZ begins his attack on this fatal misconception by affirming that selection is an important mechanism, essential for fully understanding evolution, and ought not be ignored by researchers. In essence, PZ’s starting point is that the fatal flaw of evolutionary psychology is, in addition to not being a flaw, a vital conceptual paradigm. 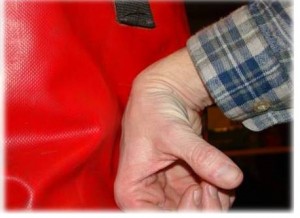 If you’re looking for anything in this post about why adaptationism per se is problematic, or a comparison demonstrating that research in psychology that makes use of adaptationism is generally inferior to research conducted without that paradigm, you’re liable to disappointed by PZ’s latest offering. This is probably because very little of his post actually discusses adaptationism besides his praise of it; you know, that thing that’s supposed to be a seriously flawed foundation. So given that PZ doesn’t appear to actually be talking about adaptationism itself being a problem, what is he talking about? His main concern would seem to be that he feels that other evolutionary mechanisms – specifically, genetic drift and chance – are not as appreciated as explanatory factors as he would prefer. He’s more than welcome to his perception of whether or not some factors are under-appreciated. In fact, he’s even willing to share an example:

While I currently have no strong hypotheses one way or another about past selections on nose shape, PZ certainly seems to: he feels that current variation in nose shape is obviously due to genetic drift. Now I know it might seem like PZ is advancing a claim about past selections pressures with absolutely no evidence; it also might seem like his claim makes no readily apparent testable predictions, making it more of a just-so story; it might even seem that these sort of claims are the kind that are relatively less likely to ever see publication for the former two reasons. In all fairness, though, all of that only seems that way because all those things happen to also be true.

Moving onto his next point, PZ notes that chance factors are very important in determining the direction evolution will take when selection coefficients are small and the alleles in question aren’t well-represented in the gene pool. In other words, there will be some deleterious mutations that happen to linger around in populations because they aren’t bad enough to be weeded out by selection, and some variations that would be advantageous but never end up being selected. This is a fine point, really; it just has very little to do with adaptationism. It has even less to do with his next point, which involves whether color preference has any functional design. Apparently, as an evolutionary psychologist, I’m supposed to have some kind of feelings about the matter of color preference by association, and these feelings are supposed to be obviously wrong. (If I’m interpreting PZ properly, that is. Of course, if I’m not supposed to share some opinion about color preference, it would be strange indeed for him to bring that example up…)

“Well, I guess I can’t argue with that logic…”

Unfortunately, PZ doesn’t get his fill of the Pop Anti-Evolutionary Psychology Game in this first go of collective guilt by association, so he takes another pass at it by asserting that evolutionary psychologists begin doing research by assuming that what they’re studying is a functional adaptation. For those unwilling to click through the link:

This is, I think, supposed to be the problem that PZ was implying he had with evolutionary psychology more generally and adaptationism specifically. If this was supposed to be his point all along, he really should have put it at the beginning. In fact, had he simply written “not all traits and variations of those traits are adaptations” he could have saved a lot of time and been met with agreement from, of all people, evolutionary psychologists.

Breaking with tradition, PZ does mention that there have been some evolutionary psychology papers that he likes. I can only suppose their foundational concept was somehow different from the ones he doesn’t like. Confusingly, however, PZ also goes on to say that he tends to like evolutionary psychology papers more as they gets away from the “psychology” part of things (the quotes are his and I have no idea what they are supposed to mean), and focus more on genetics, which makes me wonder about whether he’s actually reading papers in the field he thinks he is… 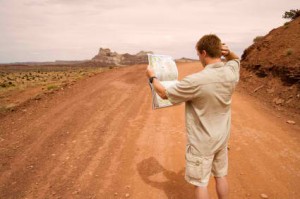 Finally, PZ ends his rather strange post by asserting that we can’t learn anything of importance evolutionarily from studying undergraduates (which isn’t a novel claim for him). I’m most certainly in favor of research with more diverse cross-cultural samples, and moving beyond the subject pool is a good thing for all researchers in psychology to do. The assertion that we can’t learn anything of value from this sample of people strikes me as rather strange, though. It would be nice, I suppose, if PZ could helpfully inform us as to which types of people we could potentially learn important psychological things from, what kind of important things those might be, and why those things are specific to those samples, but I suspect he’s saving that wisdom up for another day.